Anonymous Internet Vigilantes Are Taking Peer Review Into Their Own Hands

this place https://pubpeer.com/ allows for the peer review process in science to be done anonimously hence many people who might be inside watching the complete fraud happening may be incline to speak up pointing out the errors and others who might be outside and might be categorised by the established scientific religion as amateurs can also point out errors.

The fact that almost noone can replicate a published scientific experiment these days is publicised as a scientific reproductibility crisis i would call it outright fraud to get funded or to follow an agenda.

If the facts dont fit your study, hey, just make up the numbers, cook them up, mix them and voila! you got yourself a winner and it will be published in a prestigious science journal, very important you see.

I think an ex editor from a scientific magazine came out saying most of the stuff they print is bullocks. I think there was a case long time back where a Dr presented a new species of frogs. He achived a published paper but it turned out that he actually painted himself the frogs fingers as to appear a new species was discovered. After the retraction, he comitted suicide not being able to take the shame.

Open source , accountability and transparency are leading the way to get out of the rigged system an expose the fraud in an elegant way.

read about it here: http://motherboard.vice.com/re…ds-pubpeer

Thanks a lot for posting that, Francisco. It’s heartening to see that the crumbling Church of Settled Science and affiliated corporate science cartel are being savaged from a direction that perhaps none of us had foreseen.

Institutionalized scientists are like rats in a laboratory maze in the way that they have to earn ‘tenure’ and recognition under the circumstances and the sewer rat agencies routinely disappear promising scientists (from academia and into their own productive but grisly programs) who are capable of working outside of that cultish paradigm.

I knew a geologist when I lived in Maine who was trying to earn a doctor’s degree. He earned his masters degree by agreeing not to write about the massive, active faultline that covers a large part of that state and Quebec. As a graduate student, he had gathered sufficient evidence in the field and was excited about writing his thesis but his advisor told him that if he did that, his career was over because it had already been decided that the region was not geologically active

. Like most academics, he loved his career more than he loved the truth.

It’s going to be a lot of fun to see how this develops! After 20 years we’re still discovering new ways to use the raw power of the internet, where everyone’s vote genuinely counts.

Here is a funny example of the state institutionalised science is in.

Christoph Bartneck, an associate professor at the Human Interface Technology laboratory at the University of Canterbury in New Zealand, received an email inviting him to submit a paper to the International Conference on Atomic and Nuclear Physics in the US in November.

Since I have practically no knowledge of nuclear physics I resorted to iOS autocomplete function to help me writing the paper,” he wrote in a blog post on Thursday. “I started a sentence with ‘atomic’ or ‘nuclear’ and then randomly hit the autocomplete suggestions.

“The text really does not make any sense.”

It concludes: “Power is not a great place for a good time.” (this sentence is pure art!)

Bartneck illustrated the paper – titled, again through autocorrect, “Atomic Energy will have been made available to a single source” – with the first graphic on the Wikipedia entry for nuclear physics.

He submitted it under a fake identity: associate professor Iris Pear of the US, whose experience in atomic and nuclear physics was outlined in a biography using contradictory gender pronouns.

The nonsensical paper was accepted only three hours later, in an email asking Bartneck to confirm his slot for the “oral presentation” at the international conference.

“I know that iOS is a pretty good software, but reaching tenure has never been this close,” Bartneck commented in the blog post.

you can continue the article following the link. I cannot add anything to this, self explanatory

Excellent, partner! I bet this is spreading fast. As Jeff Miller points out, once a scam is uncovered it quickly loses effectiveness and that has to include the ancient scams.

You’re the one who introduced me to milesmatis.com and I think that fellow has unravelled more scams than anyone else in history. I particularly like the way he shows that celebrities are routinely created and used in media, academia, business and gov’t to hold up these scams for the Old Parasite (my term).

This guys Christoph Bartneck is an amateur! The Chinese did it much better. Even the church of settled science has to admit it:

Conference proceedings removed from subscription databases after scientist reveals that they were computer-generated.

This is the mainstream media doing damage control over the image of the scientific establishment. That they admit there is a problem in the the first place is a great coup so congrats to grassroots iniciatives like pubpeer and all the participants for making this possible.

Most scientists ‘can’t replicate studies by their peers’ 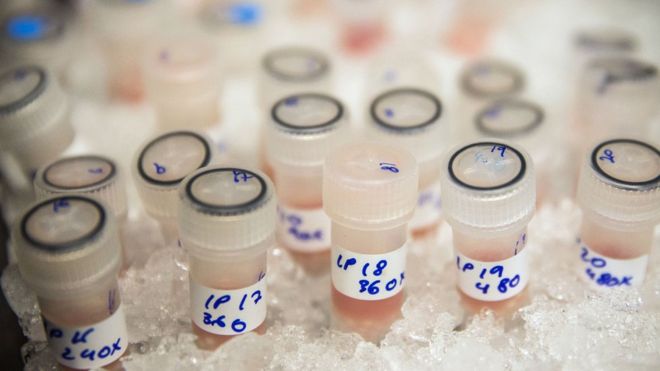 Science is facing a “reproducibility crisis” where more than two-thirds of researchers have tried and failed to reproduce another scientist’s experiments, research suggests.

This is frustrating clinicians and drug developers who want solid foundations of pre-clinical research to build upon.

From his lab at the University of Virginia’s Centre for Open Science, immunologist Dr Tim Errington runs The Reproducibility Project, which attempted to repeat the findings reported in five landmark cancer studies.

“The idea here is to take a bunch of experiments and to try and do the exact same thing to see if we can get the same results.”

You could be forgiven for thinking that should be easy. Experiments are supposed to be replicable.

The authors should have done it themselves before publication, and all you have to do is read the methods section in the paper and follow the instructions.

Sadly nothing, it seems, could be further from the truth.

After meticulous research involving painstaking attention to detail over several years (the project was launched in 2011), the team was able to confirm only two of the original studies’ findings.

Two more proved inconclusive and in the fifth, the team completely failed to replicate the result.

“It’s worrying because replication is supposed to be a hallmark of scientific integrity,” says Dr Errington.

Concern over the reliability of the results published in scientific literature has been growing for some time.

According to a survey published in the journal Nature last summer, more than 70% of researchers have tried and failed to reproduce another scientist’s experiments.

Marcus Munafo is one of them. Now professor of biological psychology at Bristol University, he almost gave up on a career in science when, as a PhD student, he failed to reproduce a textbook study on anxiety.

“I had a crisis of confidence. I thought maybe it’s me, maybe I didn’t run my study well, maybe I’m not cut out to be a scientist.”

The problem, it turned out, was not with Marcus Munafo’s science, but with the way the scientific literature had been “tidied up” to present a much clearer, more robust outcome.

“What we see in the published literature is a highly curated version of what’s actually happened,” he says.

"The trouble is that gives you a rose-tinted view of the evidence because the results that get published tend to be the most interesting, the most exciting, novel, eye-catching, unexpected results.

“What I think of as high-risk, high-return results.”

The reproducibility difficulties are not about fraud, according to Dame Ottoline Leyser, director of the Sainsbury Laboratory at the University of Cambridge.

That would be relatively easy to stamp out. Instead, she says: “It’s about a culture that promotes impact over substance, flashy findings over the dull, confirmatory work that most of science is about.”

She says it’s about the funding bodies that want to secure the biggest bang for their bucks, the peer review journals that vie to publish the most exciting breakthroughs, the institutes and universities that measure success in grants won and papers published and the ambition of the researchers themselves.

“Everyone has to take a share of the blame,” she argues. “The way the system is set up encourages less than optimal outcomes.” 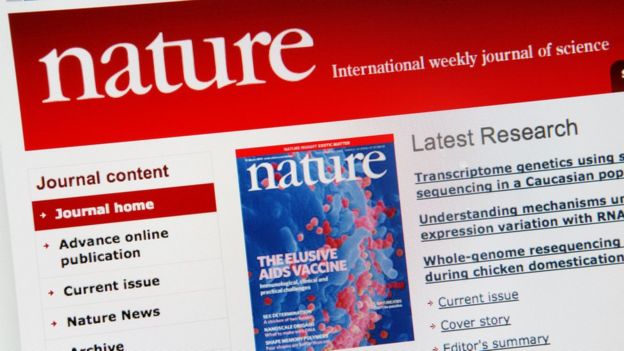 For its part, the journal Nature is taking steps to address the problem.

“Replication is something scientists should be thinking about before they write the paper,” says Ritu Dhand, the editorial director at Nature.

“It is a big problem, but it’s something the journals can’t tackle on their own. It’s going to take a multi-pronged approach involving funders, the institutes, the journals and the researchers.”

But we need to be bolder, according to the Edinburgh neuroscientist Prof Malcolm Macleod.

“The issue of replication goes to the heart of the scientific process.”

Writing in the latest edition of Nature, he outlines a new approach to animal studies that calls for independent, statistically rigorous confirmation of a paper’s central hypothesis before publication.

“Without efforts to reproduce the findings of others, we don’t know if the facts out there actually represent what’s happening in biology or not.”

Without knowing whether the published scientific literature is built on solid foundations or sand, he argues, we’re wasting both time and money.

“It could be that we would be much further forward in terms of developing new cures and treatments. It’s a regrettable situation, but I’m afraid that’s the situation we find ourselves in.”

An open-science effort to replicate dozens of cancer-biology studies is off to a confusing start [they are clearly baffled, Jeff style].

**I’m not a bad person but I have no idea why my cancer research isn’t reproducible and I’m very worried about my funding being cut… ![Confused] 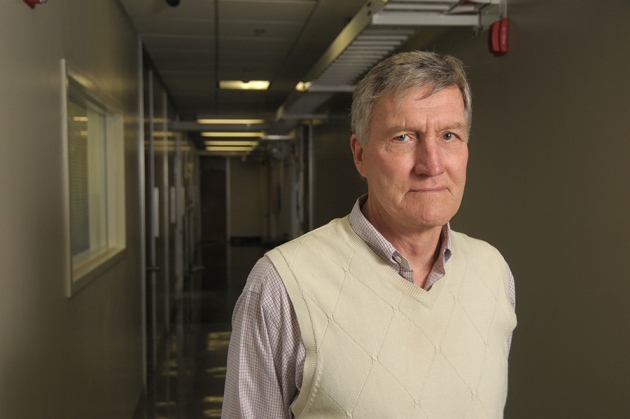 Being a scientist myself, I don’t think that most of the irreproducible results are result of fraud. It clearly shows that the understanding of biological process by materialistic science is mostly FAULTY. You see, all you need to do to derail a “landmark cancer study” is to place an HHG at it’s vicinity. And you will surely get researchers scratching their heads… They clearly have no control of the etheric circumstances around the experiment. Them they will naturally explain it away as anything mundane. I saw it happen many times.