My shit is real, I had to pioneer in this
Around the way, all the fake niggaz fear this
Paragraphs bust your membrane
On and on I bust through like teflon 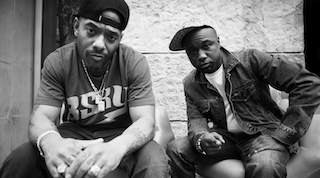 May 14, 2019 - Pharma stocks crash after US lawsuit over price manipulation

July 11, 2019 - Drug Stocks Are Falling Because Trump’s Next Move on Pricing Could Be Trouble

The authors of those four pharma headlines above are waving their hands and pointing and blowing smoke to cover up the sea change going on in society. People have realized that Western medicine is, er, largely unhelpful, and in fact most frequently harmful, and are putting such things aside.

The claimed 13% drop in Teva’s stock is a use of a number that’s very important to the generational Satanists who’ve up to this moment run things in all the nations, all the way back to Babylon, and before.

The great news is that, the articles I’ve collected below show how everybody except our about-to-be-former Dark masters are putting aside their evil ways.

People are putting aside opiates, cigarettes, alcohol, sugar, and more.

As you read, you’ll see how the controlled press organs of all the nations are hedging wildly in lock-step to try to defray, rebut and refute awareness of this incredibly positive, society-wide trend.

One article that I’ve appended below is headlined “Overdose Deaths Decrease In Brooklyn , City Data Show.”

Brooklyn, hey, that’s where I live! That headline uses the hedging generality “decrease” in place of a specific statistic.

Under the false guise of familiarity, the headline, and the subhead have both omitted Queens. Which, by the way, is where Mobb Deep came from. Which is why I selected their photo and quote for this article.

The author cut up the data, Brooklyn vs. Queens, so that it’s been fragmented, made to appear smaller.

The author hedges again by making make you do the math, if you want to figure out the mystery of the magnitude of the drop.

The story goes on to say that “New York City saw its first drop in overdose deaths in seven years in 2018 with a total of 1,444 deaths, 82 fewer deaths in Brooklyn and 55 fewer in Queens, according to Health Department data released Monday.”

Where yet another hedging generality, " drop" , is put forward in place of a specific statistic.

Well, I did the math. It’s a 9.4% decrease in overdose deaths in New York City from 2017 to 2018. They did everything they could to defray awareness of the empowering, positive statistic, so I’m going to use it as the eye-catching title of this article.

Let’s sum up: the headline as written: “Overdose Deaths Decrease In Brooklyn, City Data Show”. Can you see how the headline also withholds any information on the time period, so the subject is drastically less searchable?

The headline they worked really hard to not write: “Overdose Deaths in New York City Dropped Almost 10% from 2017 to 2018.”

If you open the door to a sheep fold, the sheep won’t leave the pen, thanks to literally Millenia of conditioning.

The door to the metaphorical sheepfold has swung open, and humanity still stands within it, blinking and shivering with fear at what lays beyond.

Only the beautiful world we were intentionally cut off from, now many Millenia ago.

I take that back. It’s what undomesticated sheep still look like.

Thanks for being an undomesticated member of this web forum.

My shit is real. I had to pioneer in this.

May 14, 2019 - Pharma stocks crash after US lawsuit over price manipulations

Tobacco stocks slid Tuesday after new Nielsen data showed cigarette sales volumes declined 11.2% in the past month , according to Nielsen.

July 11, 2019 - Drug Stocks Are Falling Because Trump’s Next Move on Pricing Could Be Trouble

New York City saw its first drop in overdose deaths in seven years in 2018 with a total of 1,444 deaths, 82 fewer deaths in Brooklyn and 55 fewer in Queens, according to Health Department data released Monday.

Ocrtober 3, 2019 - In Russia, declines in alcohol consumption and mortality have gone hand in hand

January 2, 2020 - Fatal Opioid Overdoses Drop On LI As Government Pledges $1.5B To Fight

A new report shows progress in the fight against the opioid epidemic in Suffolk County.

Suffolk County Legislator Sarah Anker says the Opioid Epidemic Advisory Panel released its report on Thursday, announcing there has been a decrease in the number of overdose deaths.

The panel’s report suggests overdose deaths will continue to decline as the year progresses.

“ Projecting the decrease in opioid deaths of 25% here in the county ,” Anker said of the report.

Low and no alcohol producers are gearing up for a record number of consumers embracing Dry January this year, with a raft of campaigns targeting those looking to reduce their alcohol intake.

Alongside this, new research shows a substantial increase in the number of people – specifically those aged 45 to 64 – who have drunk, or would consider trying, lower strength alcoholic drinks.

A newspaper report last week says that Philippine sugar production dropped by 27.48 percent in December. Quoting the Sugar Regulatory Administration, the report further said that for the first week of December 2019 sugar output was 311,617 metric tons, lower than 429,680 MT of the same period last year.

This is not news but a reaffirmation of negative developments. Since 2016, sugar production in the country had been declining. The SRA statistics are giving bad omens for the future of the industry. In 2016 the land devoted to sugarcane cultivation was 413,435 hectares, already lower than the previous year. For crop year 2019 – 2020, SRA recorded only 406,490 hectares planted to the crop.

(Trying to cut production back to the point where they can make money again in the face of drastically dropping demand. - ed)