2019/2020 is the seventh consecutive season that more than 14,000 deer were harvested by hunters in Delaware

August 1, 2012 - Research Suggests Politicians are More Likely to Be Psychopaths

A disreputable web site grossly misrepresented the finding of a May 2018 study about the geographic distribution of psychopaths. 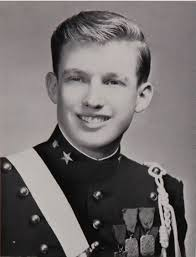 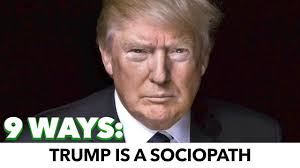 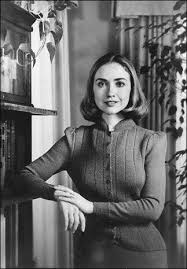 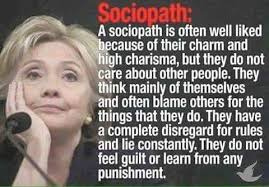 "We do not have to be mental health professionals to identify the traits of the possible sociopaths among us.”

“The 16 characteristics of psychopaths:

“I regularly comment on my desire to exploit my admirers or to kill babies and cute animals, and I don’t even need to laugh or smile for people to think I am joking.”

On the subject of Orgonite, another colleague of mine recently estimated that they’d produced around 50,000 field grade/tactical TBs over three years, which mostly went to people placing it around their homes and their local areas. That was according to the people who would voluntarily speak about it.

They related that some of that Orgonite went to some really dedicated people gifting at various intersecting points on the Earth’s energy grid. My colleague said they’d sent Orgonite up into the arctic circle, and to a remote Island in the Atlantic. They estimated that perhaps 10% of what they produced went in bulk to people going on long gifting trips.

They noted that Don felt that recording confirmations was as important or even more important than sheer numbers - both as evidence, and also for others to take inspiration and influence from.

My colleague estimated that a million, or perhaps several million Orgonite devices have been created 2000 to present.

I think it’s safe to say that “many hundreds of thousands, and perhaps millions” of tactical Orgonite devices have been created and distributed over the last twenty years.

It’s July 2020, and great positive changes are underway at every level of our reality. They began in earnest in 2012, and have been increasing in speed and magnitude. I’ve been documenting the subject since 2013.

These epochal positive changes are being driven by many hundreds of thousands, if not millions of simple, inexpensive Orgonite devices based on Wilhelm Reich’s work.

For example, a recent article below from North Carolina is headlined “Turkey Harvest Sets Record High for 2020 Season”.

In it, we learn that “North Carolina’s 5-week wild turkey season had its highest ever recorded harvest of 23,341 birds, according to recent results from the N.C. Wildlife Resources Commission’s annual turkey harvest summary. The 2020 season far surpassed the previous record of 18,919 harvested birds set three years ago in 2017.”

The author used the hedging generality " far surpassed" to avoid printing the percentage between the old record and the new. So, I had to do the math. The new record is 23% above the old, set just three years previously.

Such records are usually broken by tiny margins, and are not broken often, as animal populations usually increase and decrease by very small percentages once they’ve reached stability in an ecosystem.

Here, the record stood for only a short time, and then was broken by a huge margin.

Clearly, there’s been some great positive change in the environment of the wild turkey in North Carolina.

Well, that is unless you ask Agency biologists :

“Agency biologists said most of the increase in harvest is likely due to the COVID-19 pandemic statewide “stay at home” orders, under which people had more time to hunt, including youth hunters . Harvest during the week-long youth season increased by 110 percent over previous years.”

Ah, the government-engineered bat virus, is there anything that it can’t do?

There’s an international news blackout in place on this subject, in which propagandists are able to put forth crap like " the covid did it " because they know that the subconscious of many or most readers will grasp virtually any straw, no matter how thin, to remain off the hook of personal responsibility.

Another current news article below, from Delaware, documents a record wild turkey/gobbler harvest for 2020 that was 14% higher than 2019’s.

This year’s deer harvest in Delaware was also a record:

I’m calling it out as a data point that those are the seven years since 2012, when the great positive changes I’m documenting here got underway in earnest. The seven years I’ve been writing these articles.

The great news is, using the " covid ate it " is a one-time propaganda moment, never to be recovered. So, when the deer and turkey populations keep on booming, burgeoning and expanding, regardless of geography, we’ll be able to look back and see that the virus was simply put forward as a bullshit plausible deniability excuse.

This is no trouble to a propagandist, in fact, it’s how their organization has moved the ball, down through time, in every nation. Excuse after excuse, never being brought to task.

It’s been bred into the stock of humanity that many or most will grasp at any straw, no matter how thin, to remain off the hook of personal responsibility.

But I’ll still be here calling bullshit, and will pull up my old articles, and use the White magic of truth to refute the Black magic lies of the propaganda machine. Perhaps by that time someone else - perhaps even numerous others - will have awakened and be speaking up with me about the subject.

At this moment, here in Brooklyn, New York, there’s never been weather like we’re currently experiencing in all of my days here on Earth, and I’m 56 years old.

The air has a thick, rich sweetness that my wife says reminds her of Hilo, Hawaii, where she grew up. I can say I didn’t feel anything like it when I was young until I went to rural gulf coast Texas in the mid-70’s.

Here in Brooklyn, it’s mid-July, and the temperature has barely broken 90. There are wonderful breezes, all the time. The air doesn’t have a feeling of “hotness”. It feels “cool”, even when it’s 90 degrees. Never felt anything like it in my life.

The Gowanus canal, once one of the most polluted waterways on Earth, has a beautiful green color, and smells great. It smells like the Jersey Shore did when I was a kid. The other day, I was riding over the canal on my bike, and a woman on the bridge said to her friend “yeah, look at the beautiful green color!”

It’s strange to think that I’m the only living person saying such things, but it seems to be the case at this moment.

The whole covid insanity seems to me like a populace bent on remaining in denial. “It’s a terrible, disease-ridden world, and only the Governor and this mask can save me!”

When the truth of the matter is that the virus is only roughly as deadly as the seasonal flu, and that the world is transforming, has already transformed to a much better place.

I think the spell is going to break in an instant, like spells do. And I think we’re very close, now.

Agency biologists said most of the increase in harvest is likely due to the COVID-19 pandemic statewide “stay at home” orders, under which people had more time to hunt, including youth hunters. Harvest during the week-long youth season increased by 110 percent over previous years.

To put this harvest in perspective, biologists typically compare it to the average harvest of the previous three years. Additional statistics for this season are:

Harvest in the mountains increased by 14 percent

Harvest in the piedmont increased by 26 percent

Harvest in the coast increased by 37 percent

Jakes comprised 20% of the harvest this year, as compared to 12-15 percent in previous three years.

Harvests from two of Delaware’s most popular hunting seasons – deer and wild turkey – reflect continued conservation management by the Department of Natural Resources and Environmental Control in making the state a successful destination for deer and turkey hunters. A record 16,969 deer harvested for the 2019/20 hunting season helps move management of the deer population to a level that provides quality hunting opportunities while also reducing deer conflicts with humans. The 643 wild turkeys harvested during the spring turkey season from April 11 to May 9 and during the April 4 youth/non-ambulatory disabled hunt produced the fourth-highest recorded harvest for the state.

“Deer and turkey hunting are among the most popular outdoor pursuits in our state, and Delaware hunters are benefiting from our management of these two prized game animals,” said DNREC Secretary Shawn Garvin. “The record deer harvest shows progress in managing Delaware’s deer population by providing expanded and sustainable deer hunting opportunities toward lowering deer conflicts with farming and motorists.”

Numerous other deer harvest records occurred during the 2019/20 hunting season, including:

9,423 does, representing 55.5 percent of the total harvest and exceeding the previous record of 8,328 from 2004/05, with harvesting more does than bucks necessary to properly manage the size and quality of the deer population

A record number of 2,221 deer were harvested on Sundays, representing 13.1 percent of the total statewide harvest.

The 2019/20 hunting season was the second consecutive year in which deer hunting occurred on all Sundays during the deer season on private lands and Division of Fish and Wildlife public wildlife areas, providing additional hunting opportunities and management of the deer population.

The harvest of 643 wild turkeys for 2020 was 78 birds higher than last year’s total. Only turkeys with beards – almost always males – can be harvested in Delaware. Of significance for this year’s wild turkey hunting season was DNREC Division of Fish and Wildlife’s successful implementation of turkey harvest self-check stations established throughout the state in lieu of the traditional in-person check stations due to COVID-19 precautions.