"A Complete Nuke of Nature"

Positive Changes That Are Occurring
JeffMiller (Jeffrey Miller) September 7, 2020, 6:01pm #1
“The truest way to be deceived is to think oneself more knowing than others.”

The linguistic root of "Covid" is from the old English "Covin":

legal-dictionary.thefreedictionary.com › covin
COVIN, fraud. A secret contrivance between two or more persons to defraud and prejudice another of his rights. Co. Litt 357, b; Com. Dig. Covin, A; 1 Vin.


They figured the rubes would never notice.

The public knew the fix was in prior to this whole Covid shit show.


That's why a story I've appended below from January 2018 is headlined "Davos 2018: Edelman barometer reveals record drop in trust".

And it's why another headline below from January of 2020 reads: "The world's trust in the U.S. just hit a 'record low'."

A story below from May of this year is headlined "Coronavirus is 'Perfectly Adapted' to Infect Humans Raising Suspicions that it's Either Man-Made or A Complete Nuke of Nature: Australian Scientists". 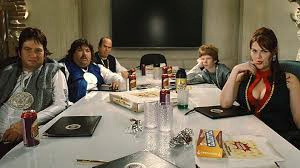 Since we've generally receded well past middle-Ages levels of intelligence as a populace, it's the sort of thing put forward these days to "shape public opinion", as the people who write propaganda very accurately describe the purpose of their trade.

It's how the few have controlled the many, well, all the way back to Babylon, and before.

The folks in charge have the stupid, serially-lying "Bad Cop" Actor in the con say the truth:


It's pretty blatant how he tries to walk his fellow Conspirators back to involuntary manslaughter with "mistake". The virus wasn't engineered to be more transmissible to humans, you see, but was rather just sitting around, and someone accidentally dropped a jar of it...

"The bat puked on me" was used in another story using the "accident" theory.

The propagandists put this shit forward because they know that the subconscious of many or most readers will grasp virtually any straw, no matter how thin, to remain off the hook of personal responsibility.

A story below from May of this year is headlined "US intelligence says coronavirus was not man-made but Office of the Director of National Intelligence says it has not ruled on speculation that virus leaked from lab".


"Leaked" from lab, like it was in the air ducts, and just floated out. Instead of the truth, that it had four amino acids added to it to increase its transmissibility to humans and then was released into the water supplies of all the nations.

They're playing for involuntary manslaughter, but that still carries jail time, and I'll settle for their asses being off the streets.

This is the Yahoo news network, from April 2020: "There is increasing confidence that the COVID-19 outbreak likely originated in a Wuhan laboratory, though not as a bioweapon but as part of China's attempt to demonstrate that its efforts to identify and combat viruses are equal to or greater than the capabilities of the United States," the network wrote. 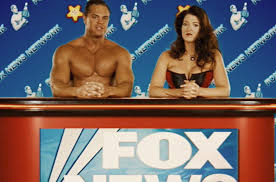 Ah, I understand everything now! It was sincere-hearted, virus-fighting Chinese, whose noble efforts turned through a cruel twist of fate into only-accidental virus release!

And don't forget Harvard's Chair of Chemistry and Chemical Biology getting busted for his part in the sincere-hearted virus fighting, which turned only through a cruel twist of fate into the only-accidental release of an unmodified bat virus that they had sitting around.

"The Justice Department announced the indictment of a Harvard professor after he allegedly made false statements to federal authorities regarding his work at Wuhan University of Technology in China.
Dr. Charles Lieber, 61, the former Chair of Harvard University’s Chemistry and Chemical Biology Department, was arrested in January and is slated to be arraigned in federal court in Boston at a later date.
“It is alleged that, unbeknownst to Harvard University, beginning in 2011, Lieber became a “Strategic Scientist” at Wuhan University of Technology in China,” the Justice Department said in a Tuesday statement."

To maintain current programming levels, stop reading immediately, breathe through your mouth and affirm "Dr. Charles Leiber is a well-intended and highly-paid strategic scientist who for some unstated but wholesome reason obscured that huge income while traveling to Communist Red China to work on helpful vaccines for everyone, and definitely not to genetically engineer bioweapons for use on the general populace of all the nations, including China and the U.S."

The 2018 Edelman story says "US suffers record drop in public trust as faith in China surges".


How do you think China's trust numbers are doing, given the press release about good-hearted Chinese vaccine researchers (and the Harvard bigwig) somehow mistakenly releasing a completely-unmodified bat virus?

Confidence games can only succeed after a con artist has first gained the trust of their intended victim or victims.

And when cons collapse, they do so in a rush, like a house of cards.


February 18, 2020 - Harvard professor Charles Lieber was arrested for concealing funding from a Chinese lab connected to the origin of the new coronavirus.

April 17, 2020 - What we know about the source of the coronavirus pandemic

Scientists believe bats are the source of the novel coronavirus and that it jumped to an intermediate host before spreading to humans in Hubei Province in China in mid November.

A lab at the Wuhan Institute of Virology had previously experimented with human coronaviruses derived from bats, including SARS. Some scientists outside China had voiced concerns that pathogens could escape from the lab.

Research shows that the virus’ genetic makeup precludes it from being man-made. The Chinese government has denied the notion that the coronavirus escaped from a lab.

Since the beginning of the coronavirus pandemic, theories have swirled online about its source. Many early posts claimed the virus originated in a Chinese lab as a bioweapon.

PolitiFact and other fact-checkers debunked those conspiracies. Now, there is new reporting that suggests the virus could have come from a lab in Wuhan, China, the epicenter of the outbreak.

Washington Post columnist Josh Rogin reported April 14 that officials at the United States Embassy in Beijing sent two official warnings to Washington about safety problems in the Wuhan Institute of Virology. In 2015, the facility became China’s first lab to achieve the highest level of international bioresearch safety. That designation meant the lab could experiment with the world’s most dangerous pathogens — including coronaviruses that come from bats, like the novel coronavirus and Severe Acute Respiratory Syndrome.

Yahoo News published a similar story on April 14. A day later, Fox News cited anonymous sources to report that the researchers at the Wuhan Institute of Virology may have been studying the novel coronavirus, and that patient zero worked at the lab.


"There is increasing confidence that the COVID-19 outbreak likely originated in a Wuhan laboratory, though not as a bioweapon but as part of China's attempt to demonstrate that its efforts to identify and combat viruses are equal to or greater than the capabilities of the United States," the network wrote.

April 28, 2020 - Coronavirus: Almost half of Britons believe virus is 'man-made'


May 27, 2020 - Coronavirus is 'Perfectly Adapted' to Infect Humans Raising Suspicions that it's Either Man-Made or A Complete Nuke of Nature: Australian Scientists

This latest allegation is from a team of researchers from Britain and Norway.

In the latest development in a dramatic saga about the origins of the novel coronavirus, virologists around the globe have fiercely debunked yet another claim that the virus was man-made.

This time, the allegation stemmed from a team of researchers from Britain and Norway, who warned in a research paper that current efforts to make a coronavirus vaccine are likely to fail because scientists have fundamentally misunderstood the virus SARS-CoV-2 that causes COVID-19.

The Chinese biosafety laboratory accused by top US officials of being at the origin of the coronavirus pandemic studies the world's most dangerous diseases, with researchers who investigate viruses that live in bats.


The British/Norwegian team -- also working on a vaccine -- argued that their vaccine approach was likely to work where other existing efforts would fail. They claim the virus' RNA sequence has elements that appear man-made, or artificially inserted, and that their vaccine, Biovacc-19, will take these purported elements into account.