I wanted to share our experience made with the gifting of Cava de’ Tirreni, a town with a very ancient history and a beautiful medieval â€œborgoâ€?, perhaps unique in Southern Italy. As you may have understood from other reports, after the gifting of the mountain top arrays controlling the weather in our province/region, our activity is mainly concentrated on the towns now.

Actually, the things to say are many but I believe that the gifting of Cava de’ Tirreni is the most complete and massive we’ve done so far because it’s involved people, too. In fact, a lot of inhabitants of the town have TBs and pyramids in their home and know about chemtrails and the power of orgonite against death towers.

The first important gifting we did along with some locals was also my first report on the Spanish forum and a real proof of how orgonite works. It was a very important experience which encouraged us a lot because the results were so clear and undeniable. So this is the link to that report that I wrote in my simple Spanish and I’m happy to share it here, too:

Please note how the gifted array opens the sky in photo nÂ° 6 and how the quality of the sky changes after the gifting. Not to talk about how chemtrails disappear thanks to the new energy and the action of my CB.

After the gifting of that array we started the busting of the towers on the hills around the town while my socio completed those in town alone or helped by friends. I had already gifted those along the motorway some time before. Here’s just an example of the tower busting we did:

And this is a TB ready to be buried:

Cava de’ Tirreni is also home to what was once the most magnificent, powerful and opulent seats of temporal power in Southern Italy, the benedictine â€œBadiaâ€? founded in 1011. According to the local psychics the abbey was built on an energetic line so we decided to gift it because we felt it was important. Here’s a link in which you can see how big it is:

The link shows the abbey and its particular position in a gorge: I can assure that it is very beautiful, especially if you take a walk along the stream which takes you up to the mountain. The Pope will attend the millennium celebration of the abbey foundation in 2011 and I guess he will like the energy we gifted there.

Here are some photos of the day we gifted it:

Another location known to be the ritual site of ancient pagan cults is situated close to the abbey, just following the stream that we gifted by the abbey itself. Actually, as I was saying before, the town is very old, mainly built on the remains of the Etruscan and Roman culture, but this site is the most ancient of all.

Here it is, with the little houses the Nazis built during WWII as gunpowder magazine:

I mentioned the local physics before. Well, we went to visit one of them â€“ he’s a very talented psychic and professional healer – last year to see what he thought about orgonite. We showed him two pyramids, one with a spiral and one without, and a TB. Not only he guessed which pyramid had the spiral but also described us the range of each one of them, colors and other things. He was really amazed by orgonite, saying that it is a very powerful thing.

Another psychic, emotional kinesiologist and professional healer told us other interesting things about orgonite as well. He’s also very fond of the succor punch and would like to have one.

Last thing about Cava de’ Tirreni is the lecture we did about orgonite and gifting in a wine bar. Very interesting indeed. Our participation was part of a series of lectures called â€œRinascimento Modernoâ€? (Modern Renaissance) analysing different aspects mainly concentrated on energy, nutrition and â€œforbiddenâ€? science so people appreciated the studies of Reich and the meaning of orgonite gifting. For example, other lecturers talked about the true Mediterranean diet and the danger of modern nutrition. An interesting part of a lecture was about the life and work of an almost unheard Italian scientist creator of Psycho-Bio-Psychics and editor of the Theory of Appearence, prof. Marco Todeschini (1899 â€“ 1988). Unfortunately, I haven’t found much on him in English, only an article which I guess is just a bad translation from Italian, but I think that this scientist deserves global attention:

Here’s a link in Italian on prof. Todeschini (I choose this one because of the photos, but there are more than a thousand publications on him):

where you can see the design of his â€œmotore a forza propulsiva centrifugaâ€? that he patented in 1932:

and this is this great scientist:

Vittorio, your report is so inspiring in so many ways. In addition to the great work, I loved to read about the town and townspeople hosting such a lecture series as you described and in which you participated. As I read Max Freedom Long’s ‘Secret Science Behind Miracles’, your report inspires me to imagine with the intention to experience a similar environment in my small town where I live. Francie

Thank you for your comments, Francie.

My impression after the lectures at Cava de’ Tirreni is that many people are tired of being told what to think, eat, buy and so on. There’s a general awareness and a great need of genuine and sincere dialogue for personal improvement and a better life, I think.

I found a video of “la polveriera”, the gunpowder magazine of my report, not bad to have an idea of what it is like: 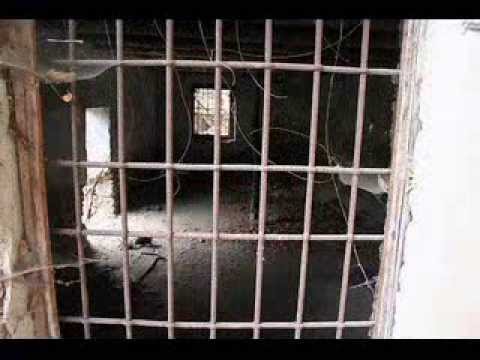