I made a post years ago about a huge maglev I knocked out of the sky near CFB Coldlake that was cloaked as a cloud. I noticed a big stationary cloud but all the other little clouds would blow by as normal but this one just hung there so I pointed my CB at it and mowed the grass not thinking much of it. Then fighter jets in pairs came in and circled the big cloud with there landing strobes on. They circled it for hours and the RCMP were racing all over the area. To me it still looked like a cloud as I worked on my motorbike in the garage and enjoyed the evening. The next day at work it was all the fuss, people had phoned the RCMP and the airbase saying a huge UFO was over the town of Lindbergh and scared the crap outa everyone.

There was two common denominators that stuck in my head from that day, the effect of my CB and the whispy white smoke that cloaked the craft. For years I pondered this and Don Croft mentioned in one post about blue static and orgonite. I had seen blue static emitted from fish that jumped the beaver dams near my home as they went up stream to spawn from the north Saskatchewan river. They were huge mature northern pike and they appeared to levitate up the dam as apposed to jump and emitted a blue glow.

I had been reading about the works of Dr. Reich in conjunction with Viktor Schauberger as I built and experimented with cloudbusters and orgonite. I knew that Viktors repulsine was a copy of his observations of mother nature and recognized the same things he was seeing as he experienced and observed mother nature in her glory. Viktors repulsine is a mechanical means to reproduce the tornado. It has all the properties of a tornado packaged in a small unit. Just as Dr. Reich his work was taken and his life.

The central statue in the WTC court yard was an old surplus repulsine from the 1950’s bolted to a pillar. The white smoke that was for ever wafting up from the ground is the same white smoke that the UFO cloaked itself in. My CB somehow sucked the static charge out of the repulsine and it’s levitation effects stopped. This is how the Cloudbuster stops tornadoes.

I worked for David Rockefeller at his salt mine in northern canada for ten years as his master electrican. He stole my masters # and made application for annual electrical permit and never paid me for it. When I protested he hired a goon and had me assaulted and stabbed and slandered and left homeless with a wife and 3 kids. I solved his WTC scam and I now make it public. David Rockefeller is a thief, a liar, a murder and an extortionist. All the while I toiled in his old run down salt plant with Peabody boilers and brown bovairi generators he had access to free energy device of Viktor Schaubergers .

That Mr. David Rockerfeller is check.

A special thank you to this youtube poster for his revalation: https://www.youtube.com/watch?v=XvGJMtWEMH4

Now that the source of the energy has been established there is a second part to the system. Once a static charge is developed it must be controlled or it will dissipate as it would in nature. If you don’t believe in the humour of God wait till you read this!

After being expelled from David’s salt mine I ended up in southern Saskatchewan in an experimental Kaoline mine and processing facility were I experienced the static charge storing properties of calcified kaoline clay. We were to sell it as “highly reactive metakaoline” concrete additive. I posted about my experiences about that on this forum also.

The ancient Egyptians knew about calcified Kaoline clay and used all the time. They pyramid’s were once covered in it.

Although I can’t prove it, I suspect the “bathtube” of the WTC complex was seeded with metakaoline during construction, knowing full well it’s ability to store and concentrate a static charge.

So there you have it Mr. David Rockerfeller, that is check mate.

A special thank you to Mr. Don Croft for his stern yet kind support as I struggled with alcoholism during a lot of this 15 year experience. I have been sober for 5 years now and used Allen Carrs book.

As Etheric Warriors we don’t just talk, we act. This is why we put orgonite at targets and nullify the corporate agenda. There is a surplus repulsine installed at the Vatican and here is the other part of the reason they did that. They know how this stuff works and now we do! Metakaoline is a prozaloic, if they wind up that repulsine at the Vatican most of Rome would be turned to dust. Since that place is already peppered with orgonite there plans are ruined!

That Mr. David Rockerfeller is match.

A special thank you to this Lady for the supporting information. https://www.patreon.com/margverite

“white fuzzy stuff” may be the common denominator of the WTC, cloud cloaked craft, and chemtrails. This may be the “tattle-tail” signature of an operating repulsine engine. 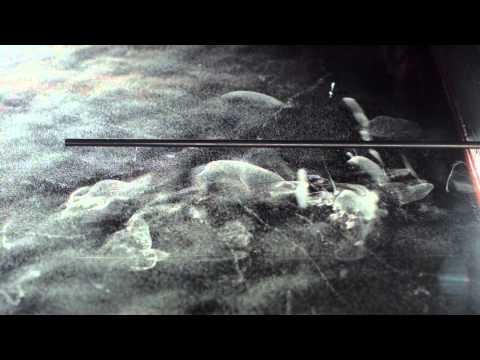 I sent a message to the above y-tube producer and asked if he would reproduce the above experiment and introduce a cloudbuster into the environment. Perhaps someone would like to make a mini CB for the experiment?