On the Easter Holiday we went to a valley up north called Quilitapia to search for crystals. I had met a man about 6 years ago who owned a quartz mine and gave me a smoky quartz as a present. This summer I bumped into him again (in Elqui Valley) and I gave him a piece of orgonite that I had made using a piece of the same smoky quartz he had given me six years ago. He invited me to visit him, so that’s were we headed last weekend.

We were carrying about 20 tb’s and an HHG that we gave Lorenzo as a present. Well, when we finally found the house and got off the car, after driving through winding dirt roads, a chem plane came to say hello. It had two sprayers so it left two parallel lines in the sky. Now, even though it was clearly a chemtrail, the lines were extremely thin and didn’t stay for much time. Lorenzo, not knowing what a chemtrail was, told us that the planes were frecuent in that area, but that he had never seen such thin weak lines, and that he was amased that they didn’t last and that they didn’t spread in the sky. Then we began to talk to him about orgonite and chemtrails. 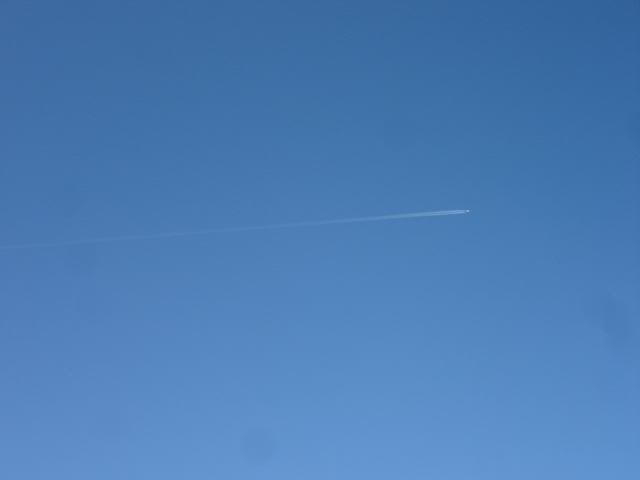 This place was obviously a very potent energy vortex. From the time we arrived we felt very light-headed and pleasantly dizzy, maybe it was the orgonite correcting the spin of the vortex. At night we felt glued to the floor of the tent and a spinning feeling similar to being totally drunk, but without the nausea, it was actually quite nice. Thats probably why the chemtrails were so pathetically flimsy after arriving with orgontie in the car. After a couple of days we were accustomed to the energy.

Well, Lorenzo is really “the crystal man”, jejeje. The reason he looks hypnotized is because he’s a newager [Image Can Not Be Found] . Here we are talking sitting on his little crystal points: 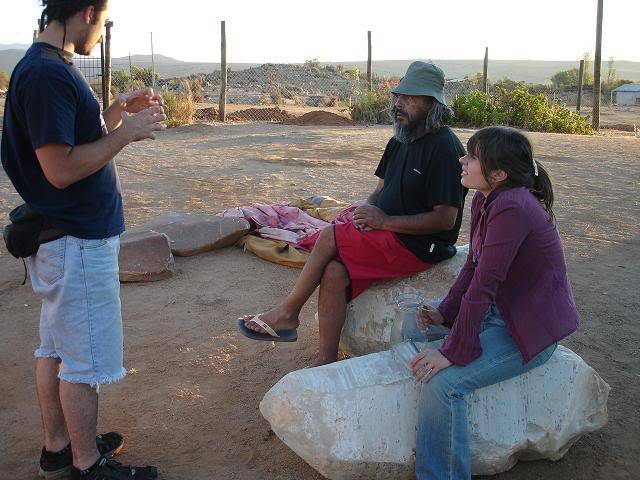 Mr. Vinchuka, Lorenzo and I. Ale took the picture. I am sitting on a lazer wand. These are “potato crystals”, since they are not attached to solid rock. They find them sitting lose on the dirt, at about 2 meters deep.

Lorenzo then took us to see his 4000 kilo piece, it was really amazing and overwhelming: 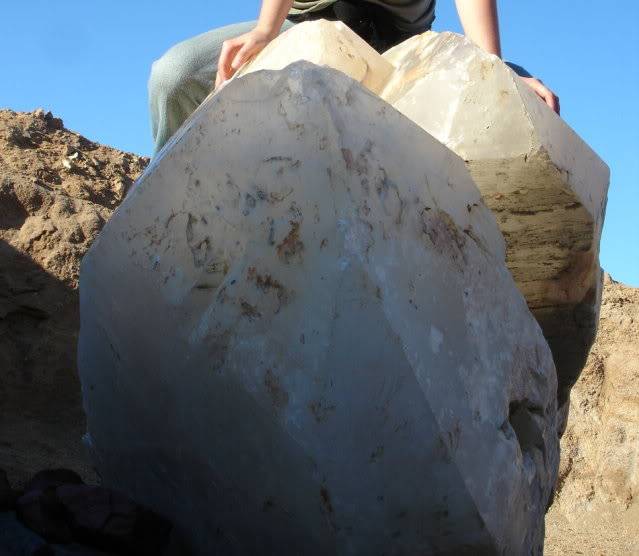 Javi ready for take off! 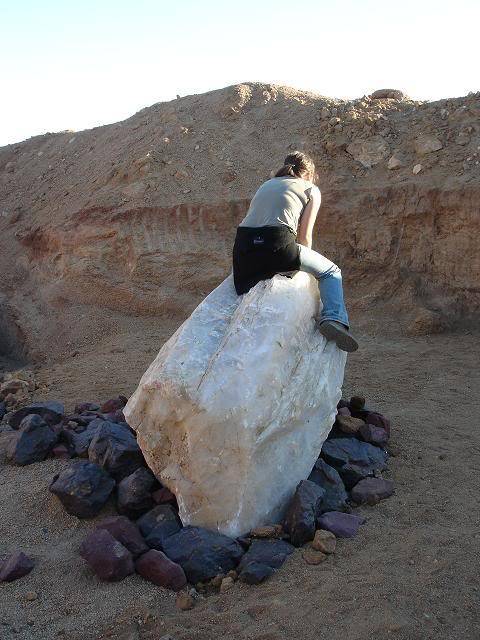 The next day we went to look for our own crystals: 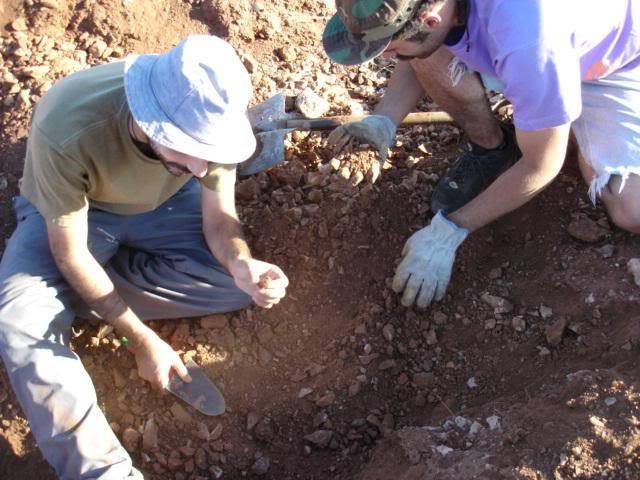 Ale and Mr. Vinchuka there. We found many transparent points, going from tiny to 4-5cm in length.

We spent the whole afternoon at that generous spot: 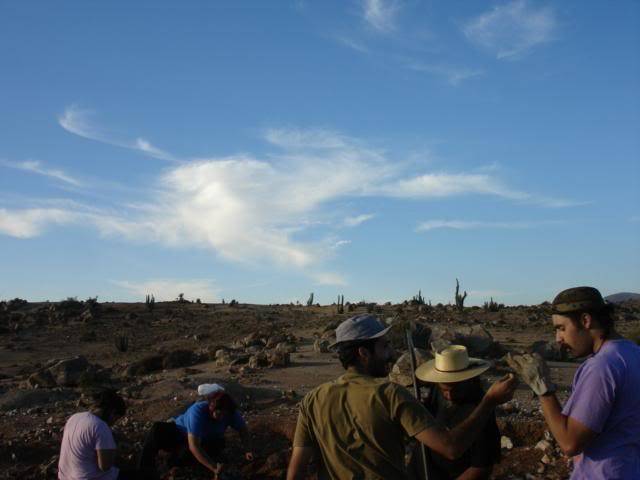 This is another mine we visited the next day. We found some green quartz (apatite) close to it: 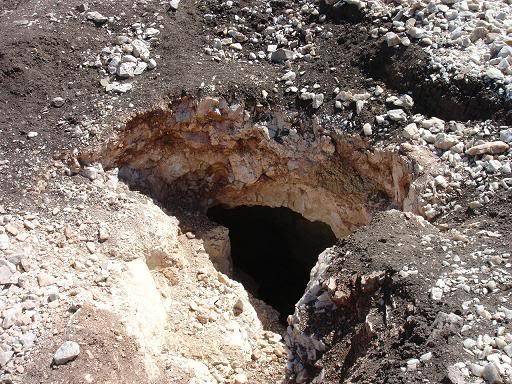 The last day we measured the three crystals: 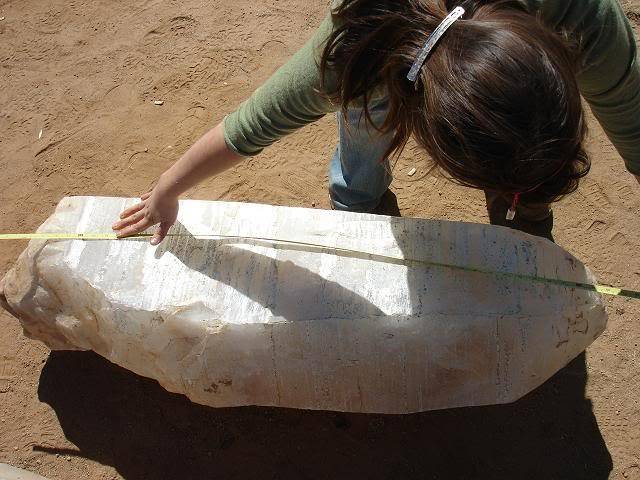 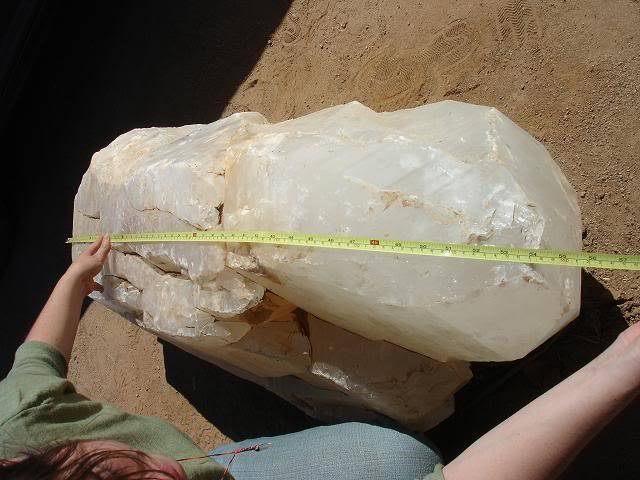 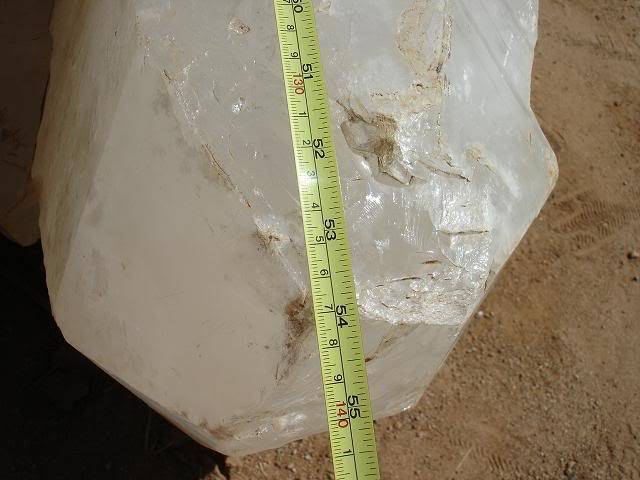 As you can see, the crystals are transparent inside, and their points are well formed.

It was a nice trip! one morning we got up at 6, it was still dark, and climbed a hill top to deactivate a tower… it was a nice surprise to see that it was actually a legitimate comunications tower. We left a couple of TB’s anyway, always good to place them of top of hills.

Here is a video of “the bell stone”. In the valley, there were many bell stones… when you hit them with other stones they ring! (that is me listening to the constant ring that you can hear after a while of hiting it rythmicly with another stone)