"Decreasing Smart Phone Use", from "Positive Changes That Are Occurring", by Jeff Miller

Great positive changes are underway at every level of our reality. They began in earnest in 2012, and have been increasing in speed and magnitude. I began writing this series of articles, entitled "Positive Changes That Are Occurring", in July of 2013.

These historically-unprecedented positive changes are being driven by many hundreds of thousands, if not millions of simple, inexpensive Orgonite devices based on the work of Wilhelm Reich and Karl Hans Welz.

One of those changes is that the populace has recognized that technology has been weaponized against it. And sales of so-called “smart” phones are decreasing exponentially.

In 2013, mobile phone sales dropped for the first time in history.

Households with mobile service but no smartphones rose 7% from 2017 to 2019, as adoption of basic phones doubled among households earning over $100K/year.

The sales of the Chinese smartphone makers Oppo and Vivo dropped for the first time in India in July 2017, by a sudden and staggering 30%, year-over-year.

In 2017, AT&T said that smartphone sales had become so unpredictable that it would no longer provide a forecast for the company's total revenue for 2017.

I’ve exposed Gartner’s duplicity using what was known in the old days as “fact checking”.

In March of 2017 Blackberry was said to be “doing better since ditching the smartphone business”.

International smartphone shipments dropped 1.3% in the 2nd Quarter of 2017 year-over-year.

iPhone sales decreased by .78% in the second quarter of 2017, year over year. CEO Tim Cook blamed the Apple’s sales drop on “press leaks”.

Smartphone sales in India dropped 4% in the 2nd Quarter of 2017.

In May 2017 doctors in Denver, Colorado sought to ban smartphone sales to preteens.

Smart phone sales in Brazil dropped 2% in the third quarter of 2017. The IDC said the decrease occurred “as consumers save for Black Friday and Christmas”.

Smartphone use decreased among the young for first time in October 2017.

In October 2017, Essential dropped the price of their smartphone by $200.

An opinion piece from October 2017 said “Flip phones are the smart substitute to smart phones”. That same month, another article said “John Stockton, Karl Malone and their flip phones hung out together”, noting “Karl Malone is a staunch proponent of the flip phone, going back to an interview in 2014.”

In January, 2018, even the accurately-named scarymommy.com said “I Don't Want To Be A Smartphone Zombie Anymore.”

In February 2018, the international smartphone market dropped for the first time in history, by a staggering 9%, year-over-year.

In October 2018, Apple and Samsung were both fined for deliberately slowing down their older phones to increase sales.

In November 2018, Apple reduced orders by a third. The Wall Street Journal said it was due to “weak Chinese demand” and “the overall slowdown of the smartphone market”.

In the article, unnamed “analysts” said that consumers in emerging markets were “buying cheaper devices”. However, this article documents smart phone sales dropping across all brands and market segments, and no one-third increases in sales by Huawei and OnePlus are seen. I’ve proven the Wall Street Journal’s duplicity through what was known in the old days as “fact checking”.

What makes it really mind-blowing is that, after describing weak Chinese demand, the article admits to “the overall slowdown of the smartphone market”. It’s okay that the propaganda isn’t logical, rational, reasonable or factual. The plausible-deniability excuse is put forward to collect the X% of the populace that is greedy to gobble it down to get off the hook of personal responsibility. And of course the fixed voting bloc of generational Satanists who will go along with it as the Party Line.

In 2019, 48% of Japanese aged 10-19 said they had thought about living without a "smart" phone, the highest percentage among all age groups polled.

Flip phone sales increased 5% in 2019, growing for four consecutive quarters and comprised roughly a quarter of all phones shipped.

Sales of Apple’s iPhone decreased 36% in the second quarter of 2020. Insider said it was “as consumers opt for cheaper devices during the coronavirus pandemic.” So we should obviously be seeing a 36% increase in some unnamed smart phone company, right?

The reader of this mind-numbing article on decreasing smart phone sales by now knows that is an outright falsehood. “Consumers buying cheaper devices” is a plausible-deniability excuse, put forward because the propagandist knows that many or most readers will grasp virtually any straw, no matter how thin, to remain off the hook of personal responsibility.

TECHNOLOGY MAKES YOU WANT TO KILL YOURSELF

“There will be, in the next generation or so, a pharmacological method of making people love their servitude, and producing dictatorship without tears, so to speak, producing a kind of painless concentration camp for entire societies, so that people will in fact have their liberties taken away from them, but will rather enjoy it, because they will be distracted from any desire to rebel by propaganda or brainwashing, or brainwashing enhanced by pharmacological methods. And this seems to be the final revolution.” 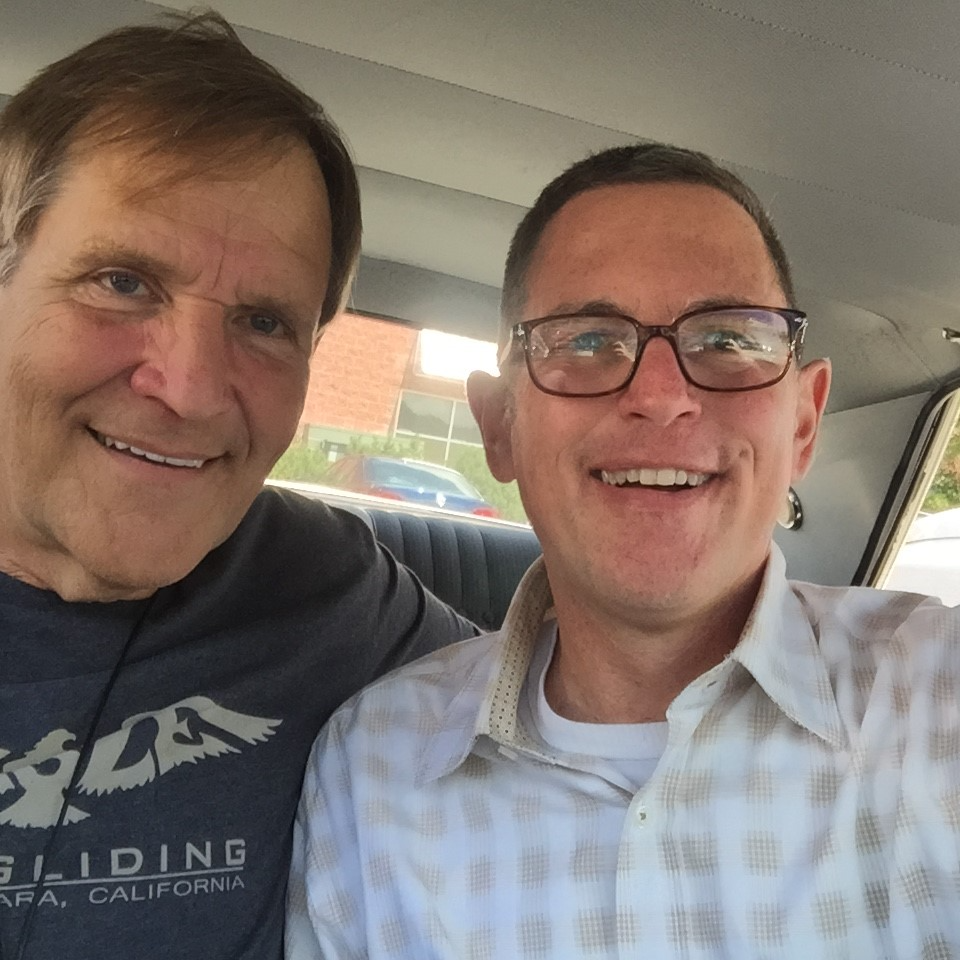 Roughly one in five smart phone users will become addicted and have serious behavioral problems. Web-addicted individuals have a 65% higher rate of psychiatric morbidity.

Salon.com said it was because “South Koreans are under enormous pressure to succeed at work, school and in relationships, and to care for their families”.

Teenagers who spend 5 hours a day on electronic devices are 71% more likely to have suicide risk factors than those with one-hour use. And It was the time spent on the device, not the content, that mattered most. You can see how the rate of suicidal ideation increases with hours of use, from 25% at two hours a day, up to 71% at five hours a day.

The phone addiction rate among adolescent females is 150% higher among women than among men.

From 1999 to 2018, the increase in suicide has been twice as large among women as it has been among men. The number of women who use their phones more than 6 hours a day is twice that of men who did the same.

The youth suicide rate in Utah tripled from 2007 to 2017. sprc.org said Utah officials were “unsure why”. They’re pretending not to know that the rate of suicidal ideation is 12% higher, and the rate of suicide attempts is 8% higher in phone-addicted adolescents.

Suicide in the U.S. increased 24% from 2002 to 2017. Business insider said “It's hard to say for sure, but research has shown that increased rates of financial stress might partially explain why so many more middle-aged Americans turned to suicide during this time period. Women aged 45-64 especially had a significant increase in suicides over the 15-year period.”

The largest increase in suicide is seen in women aged 45-64, the group most addicted to the technology which is driving the suicide.

Suicide among older teen girls in the U.S. was at its highest level in history in 2015.

The suicide rate for teenage girls in Australia rose at a rate 840% higher than the rate for the population overall in 2015. Australia has the second-highest smart phone penetration on Earth, at 77%.

Suicides in Massachusetts increased 3.8% in 2015.  There was no increase among men.

The number of women and girls who killed themselves in the U.S. increased 16% in 2015.  The biggest increase was among women ages 45 to 54.

Women aged 45-54 suffer more stress and depression than all other age groups.

An article from 2015 from the National Institute of Health wrung its hands and asked “Why is depression more prevalent in women?”

The NIH is an Organ of the State, using conscious deception while retaining the firmness of purpose that goes with complete honesty to assert it has no idea that technology is driving depression and suicide, particularly among the group most addicted to it.

In 2017, teen smartphone use was linked to depression and suicide.

In 2017, suicides passed homicides as the leading cause of death for teens in the U.S.

In April 2017, the National Institute of Health said that there had been an “increase” in suicides and child mortality in Greece “during the crisis”.

In October 2017 the New England Journal of Medicine widened its eyes to simulate honesty and asked “Are Suicide Attempts Increasing? They’re questioning whether suicide rates a third higher than those in 1999 have, in fact increased.

The New England Journal of Medicine is an Organ of the State, using conscious deception while retaining the firmness of purpose that goes with complete honesty.