"Dropping Trust, The Collapse of the Confidence Game", from "Positive Changes That Are Occurring, the Statistics, July 2013 to July 2017", by Jeff Miller

Inigo Montoya: You are wonderful!


Man in Black: Thank you; I've worked hard to become so.
From "The Princess Bride", Written and adapted for the screen by William Goldman, 1987 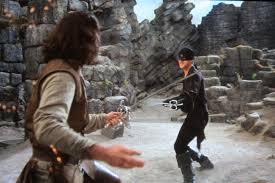 In 2019, 65% of the U.S. population had strong confidence that scientists were not acting in the public's best interests. Which way do you think the needle went when they released a bat virus that they added four amino acids to for improved transmissibility to humans?

That's the most recent entry in this developing article. What do you think it's going to look like when I add the rest of the material, from 2019 and 2020?

What do you think it's going to look like two years from now?

The physical world has transformed into a wonderland. Weather like I've never seen it, day after day. The airs are alive again, the Ether is returning, nay, has returned to health, given that fish are growing larger than they ever have in history.

I think that the great size of the "Dinosaurs" was not "extra oxygen in the air", as hilariously alleged, but simply rather how large things got in a pristine Etheric environment.

But back to the collapse of the confidence game.
Remember this: in sports, and in battle, and in life, anything can happen at any time.
As you read the bullet list below, it's hard not to think that the folks in charge are right at the end of their long, dark road.

Please consider doing whatever you feel is appropriate to help speed the transition to a world where they are no longer in charge.


DROPPING TRUST - THE COLLAPSE OF THE CONFIDENCE GAME

"Is it Left or Right papers that are going to print all this rot about Alcasan?”

“Both, honey, both,” said Miss Hardcastle. “Don’t you understand anything? Isn’t it absolutely essential to keep a fierce Left and a fierce Right both on their toes and each terrified of the other? That’s how we get things done. Any opposition to the NICE is represented as a Left racket in the Right papers and a Right racket in the Left papers. If it’s properly done, you get each side outbidding the other in support of us – to refute the enemy slander. Of course we’re non-political. The real power always is.”

Confidence game. Also, confidence trick; con game – Noun - A swindle in which the victim is defrauded after his or her trust has been won. ... These terms, which use confidence in the sense of “trust,” date from the mid-1800s. They also gave rise to confidence man (or con man) for the swindler.

Voter turnout in New York was at a record low in 2013.

An article from November  2013 is headlined “ ‘Losing’ Faith In Science – Let's Kick Corporate Science To The Curb”. I don’t know who wrote it, because It’s been scrubbed from the web since I first researched it in 2017.

Public confidence in the European Union fell to the lowest level on record in 2013.

Voter turnout in the U.S. in 2014 was the lowest since WWII.

In 2014, Millennials had historically low levels of trust in Government.

(Snowden a ‘controlled opposition’ Mouthpiece of the State - expand)

In 2015, the state of Washington set its lowest mark ever for voter turnout in an off-year election.

In 2015, Hillary Clinton was the most establishment-approved candidate on record.

An article from January 2015 is headlined “Vaccines ‘work’. ‘Here’ are the facts.”

Someone commenting on it said “It claimed that vaccines work and promised to give you the facts, but as I was reading through the long list of so-called “facts,” ‘I found myself knee-high in misinformation’.”

In February 2015, Science scowled and threatened “There's more than “one” way to persuade people to vaccinate”.

PBS, knowing the game was collapsing in March 2015, floated the trial balloon “ ‘Dr. Robert W. Sears’: Why ‘Partial’ Vaccinations ‘May’ Be ‘an’ Answer”.Voter turnout in New Jersey’s November 2015 election was the lowest in the state’s history, going back to 1924.

Americans trust in mass media dropped to a its lowest level on record in 2016.

Australian trust in politicians dropped to the lowest level on record in 2016.

Australian voter turnout dropped to the lowest level on record in 2016.

Haiti’s voter turnout dropped to the lowest level on record in 2016.

Greek’s voter turnout dropped to the lowest level on record in 2016.

American voter turnout dropped to its lowest level on record in 2016.

Brazil’s trust in its leadership dropped to its lowest level on record in 2016.

In January 2016, the Washington Post laughingly said “Think ‘you’ can spot a con artist’?’ You probably ‘just got duped’.”

“We misread the signs of the con because we're predisposed to trust, because society runs on trust.”

A Scientific American article from September 2016 relates that “ ‘Mistrust’ of Vaccines Is Greatest in France”. Which is why a ScienceAlert article from January 2017 is headlined “France is about to make 11 vaccines ‘mandatory’ ”.

In October 2016, the hilariously-named “vaccineconfidence.org” said “USA: ‘Study shows’ millennials aren't getting the flu vaccine ‘because they don’t trust it’.”

In October 2016, the Denver Post clutched it chest and cried “ ‘Are’ Americans ‘losing faith’ in democracy’?’.”

“ ‘Nearly three-quarters” of Americans don't trust that there is a large ‘scientific consensus’ amongst climate scientists on human behavior being the cause of climate change.”

In November 2016, FiveThirtyEight confirmed flatly, but generally, “Americans ‘Don't Trust’ Their ‘Institutions’ Anymore”.The number of Americans who trusted their government “to do what is right” dropped 14% from 2017 to 2018.

A 2017 survey showed that global trust in Government was at an all-time low.

A 2017 survey in showed that public trust in media in the U.S. was at an all time low.

The 2017 Edelman Trust Barometer showed that over half of respondents said they did not trust their main providers to define fair terms and conditions around the use of their personal data.

In January 2017, oneyoungworld.com said “It ‘looks like’ young people are ‘losing faith’ in global leadership”.

In January 2017, immunityeducationgroup.org asked incredulously “ ‘Are’ Doctors Being Trained to Manipulate Patients About Vaccines’?’.”

In February 2017, Vermont Public Radio was “Making A Case For Science ‘When Trust Is In Short Supply’.”

In February 2017 Donald Trump's approval rating was the lowest in history at the one month mark in his term.

In March 2017 voter turnout was at a record low for the mayor’s election in Los Angeles.

In March 2017, the Baltimore Sun said “ ‘Many’ African Americans are not getting flu shots because they ‘don't trust’ the vaccine, while whites are more likely to think the flu is not a big deal, ‘a’ new ‘study’ has found.

“Only seven percent say they have a great deal of trust in comparison to 22 percent of voters who ‘don't trust’ polling ‘at all’.”

In April 2017, it was stated “We don’t trust the internet. And it’s putting our digital future at risk.”

In May 2017 a majority in the U.S. said mainstream media publishes fake news.

In May 2017, pewresearch.org said “ ‘Survey’: American public's trust in government ‘near’ historic low

In May 2017 voter turnout was at a record low for France’s parliamentary elections.

In July 2017 Donald Trump had the lowest six-month approval rating of any president.

In July 2017, the Atlantic said “From Trump to Brexit: Trust in Government Is ‘Collapsing Around the World’.”

In the face of stupendous positive environmental change, and the failure of all of the predictions in “An Inconvenient Truth”, the most important and truthful movie ever made, in September 2017 the times.co.uk said “We ‘were’ wrong — ‘worst’ effects of climate change ‘can be’ avoided, say ‘experts’.

“Scientists admit that world is warming ‘more’ slowly than ‘predicted’. The ‘worst’ impacts of climate change can ‘still’ be avoided, ‘senior’ scientists have said after ‘revising’ their previous predictions.”

In November 2017, the New York Times said “We ‘Can't Trust’ Facebook to Regulate Itself”.

In November 2017, niemanlab.org asked “ ‘Why’ don't people trust the news and social media’?’ A new report ‘lets’ them explain in their own wordsIn December 2017, EWN said “ ‘Survey’: ‘Most’ South African voters ‘do not trust’ politicians.”

In December 2017, Inside Higher Ed questioned “ ‘Is’ the public ‘really’ losing faith in higher education’?’ “

Trust in the media, government, business, and non-profit organizations in Quebec decreased 12% from 2018 to 2019.

Trust in driverless cars ‘dropped’ in the first half of 2018.

Trust in online news was described as “declining” in November 2017.

In November 2017, IndustryWeek said “We Shouldn't Trust New Tech. We Shouldn't Fear It”. That’s a Satanic inversion. It’s also and example of doublespeak, and doublethink.

Surveys in January 2018 showed that, regardless of nation, trust in Government was at an all-time low.

In 2019, 65% of the U.S. population had strong confidence that scientists were not acting in the public's best interests.