Everybody loves them some whales

“…to the last I grapple with thee; from hell’s heart I stab at thee; for hate’s sake I spit my last breath at thee.”

Everybody loves them some whales. Well, except for Captain Ahab, anyway. But that was a long time ago, and he never existed, and he’s dead . Right?

When you read that Melville quote, you realize why they made us all read it in school and said that it was the world’s greatest book. Well, along with “Beowulf”, anyway.

It’s April 2020, and great positive changes are underway at every level of our reality. They began in earnest in 2012 and have been increasing in speed and magnitude since. I’ve been writing articles on the subject since 2013.

I have concluded that these changes are being driven by untold thousands of simple, inexpensive Orgonite devices based on Wilhelm Reich’s work. Those devices are collectively unknitting and transforming the ancient Death energy matrix that’s been patiently built and expanded by our about-to-be-former Dark masters, well, all the way back to Babylon and before. And as a result the Ether is returning to its natural, ages-long state of health and vitality.

An example of one of those positive changes may be seen in a current news article I’ve appended below, which is headlined “Volunteers observe humpback whales during second whale count.”

However, it is a violent hedge back from hundreds of whales, a record numbers of whales. You can see one of them leaping joyfully in the photo immediately below. Because the humpback whales are booming and burgeoning to a level not seen in my lifetime.

You’ll also notice in the story that the generational Satanist whale-counters quoted in the mainstream news article deliberately underestimated the humpback numbers. To preserve current programming levels, stop reading immediately and go with their explanation, that it was because of " poor visibility ."

Another article below, about the booming, burgeoning Humpback whale population over in the Atlantic Ocean, we read " Finally , some good environmental news."

Readers who’ve been following my regular articles on good environmental news for the past seven years can see how " finally " is a ruse. And that the author has hedged the " great environmental news" down to merely " good ".

In response to this historically-unprecedented resurgence in life and vitality, what we euphemistically call " secret agents " are engaged in ongoing animal-killing operations, in an attempt to prop up the failing and wholly-fraudulent " Poor Mother Gaia is Dying " confidence game on behalf of the barely-closeted Death worshippers they work for.

That’s why a story from February 2020 that I’ve appended below is headlined " Explosions On The Sun Might Be Causing Earth’s Whales to Strand and Die."

When the whales were, in fact, driven ashore with sonic weaponry deployed by multiple submarines. Herding and driving the tortured, terrified whales ashore. There’s another photo below, of their corpses lined up on the beach where they died.

It’s an Operation that’s been repeated for decade upon decade, since the Feds developed and deployed sonic weaponry for that specific purpose. And, as a bonus, they used your tax dollars to do it .

I know: they don’t cover this stuff on NOVA or NPR.

To preserve current programming levels, stop reading immediately and go with their explanation, that the whales were driven ashore by " explosions on the Sun ."

For those still in the room, that’s a thinly-veiled (and in-their-view witty) reference to the Black Sun that these people worship. The so-called “Black Sun” that’s only visible during eclipses. The eclipses during which these literally-blood-drinking felons most prefer to perform their human sacrifices. Fritz Springmeier talked briefly about it. He was doing life in prison without parole for saying so, last time I checked, so I consider myself blessed. This one’s for you, Fritz.

Everybody loves them some whales. Everybody, that is, except for barely-closeted Death worshippers.

And, since the Death worshippers only represent a tiny percentage of the population (for they are the ’ One Percent '), we really should consider it within our power and in fact see it as our responsibility to forcibly correct them in matters such as these. 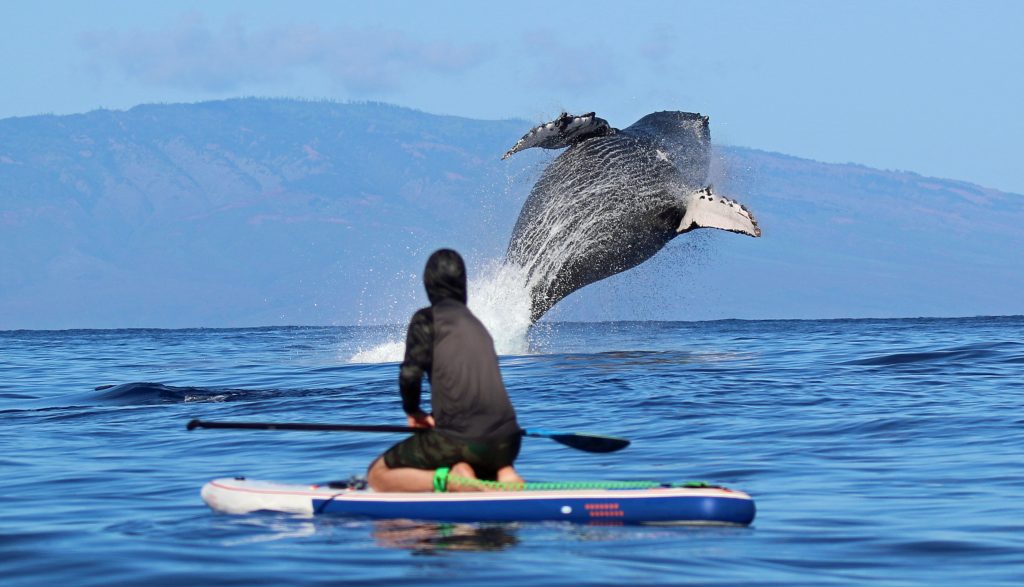 October 16, 2019 - For once , good environment news: A humpback whale population has come back from the brink

Finally , some good environmental news. After being almost wiped out by whaling in the 20th century, a humpback whale population off the coast of South America has come back from the brink of extinction.

In the late 1950s there were only 440 western South Atlantic humpbacks left.

Protections were put in place in the 1960s. At first they didn’t seem to be rebounding, but a study published Wednesday finds that to the surprise of scientists the population is now up to an estimated 25,000 whales. That’s almost as many as researchers estimate there were before whaling began in the 1700s.

(Paints a broad picture, obscuring the great change from 2012 to present. Acts as if all the other animal populations not rebounding at the same time, as is, in fact the case. - ed)

February 25, 2020 - Explosions On The Sun Might Be Causing Earth’s Whales to Strand and Die

Volunteers collected data from 51 sites across all the main Hawaiian Islands. A total of 191 whale sightings were seen during the 8:30 to 8:45 a.m. time period, the most of any time period throughout the day’s count.

During a similar count held in January, a total of 279 whale sightings were seen during the 8:30 a.m. to 8:45 am time period, the most of any time period throughout that day’s count.

Biologists note that poor visibility likely resulted in an under-estimation of the number of whales present in Maui Nui.