From our latest gifting journey to Sweden I thought to share some photo material and news how things are developing on the nordic front. We made some devices specifically for the Baltic sea which we were able gift from the cruise. Unfortunately I seem not to have any pictures of the finished ocean gifts, water healing devices, but I am sure Jukka can add them later on so you can sense what kind of orgone they are generating. Basicly, they are like Hhgs in a glass jar. The reason for the glass is to make sure the salt water cannot get in and dissolve the matrix which I have heard can happen. 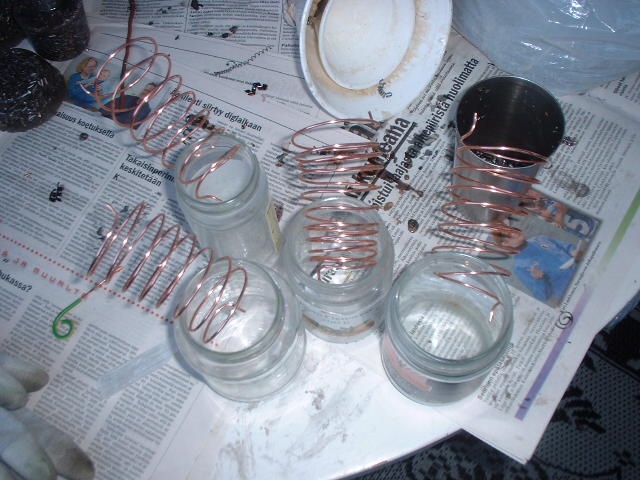 Here’s a general view about some of our small yet effective arsenal for the journey. All in all we had some 20 tb’s, a few hhgs, 3 EPs, 5 of etheric pipe bombs for which we made increased orgonite base, and maybe 5 water healing devices. Here’s a view of those EPBs. 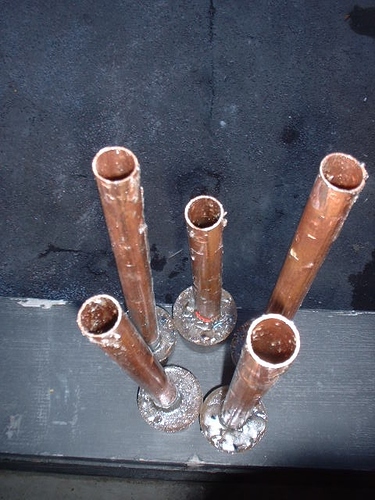 They sure seem to be working with good synergy for me, at least they did something for the sky heavily sprayed.

Here’s a photo about what’s going on up there. Would you say there is a battle in this one between the forces of light and dark? Notice the spew plane at distance near the sun set. That was a couple of days before we left Helsinki.

Our departure saw on the 17th sat which happened to be the day for the new moon. Since we met our Inca friends from Peru we have been doing ceremonies for the phases of the moon to harness some of that energy, and to neutralise the rituals the old world farts knowingly are practising. Those have been very powerful ceremonies, Inca ceremony items combined with our devices. This is how our ‘misha’ looked like, ie. the ceremony table. There’s nothing ritualistic about them, we are purely receiving, giving and sharing the life force which is omnipotent and present everywhere for the common good. 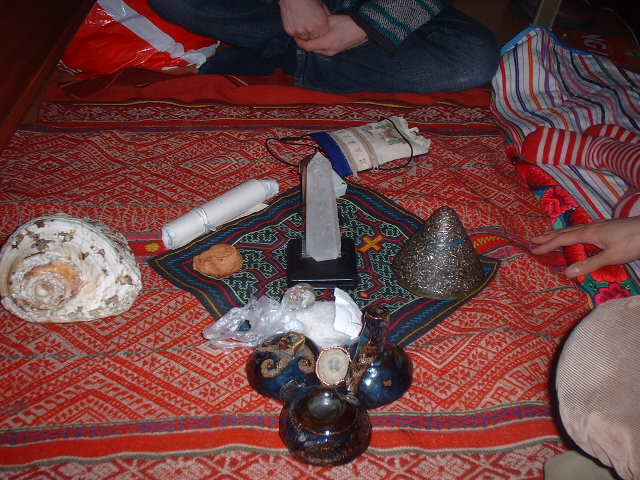 Peter our generous host, a true Inca warrior had a copper pipe which was just the right size for one of our epb’s so we did some extension and used tbs for sky cleansing. Here the process with four photos. Too bad I took only four because the sky got really clear soon after establishing that combination and the sun began to shine. CB, a gift from gods so to speak 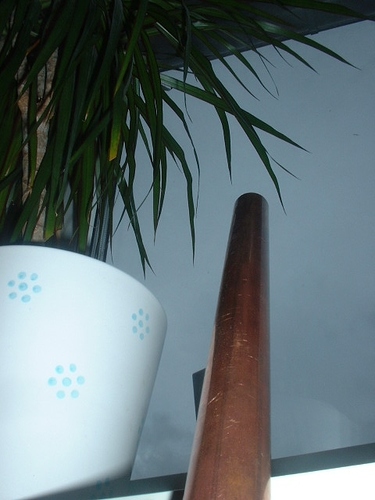 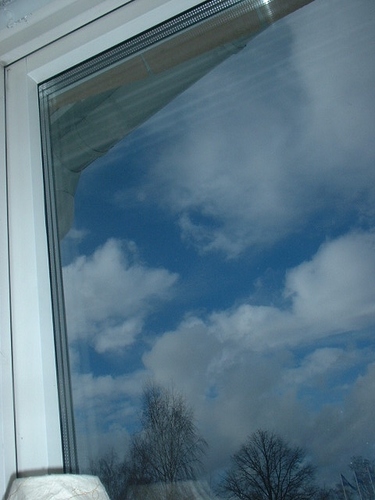 Some photo material will be added. It was a magical visit to Sweden and I hope to see some gifting networking growing out of that. We did some gifting near where Peter lives but the main work was left him for to get his initiation for this work. Also got contacts for South America that I hope boost up the networking there with our gifters from Chile since we heard there’s someone who could be interested in selling orgonite in Cuzco, Peru. Of course, would be better if that person could construct own orgonite and not sell someone else’s as we were told. We only returned last Friday so we have not heard yet anything about that but very soon I hope something beautiful will grow out of that.

It was a beautiful experience to gift the Baltic Sea which seems to be one of the main targets for the coming summer. I am sure Creator will provide us the possibilities to cleanse the waters.

new more active gifting period has started for us here in south Finland. Yes, we visited Stockholm in Sweden and gifted the sea with quite nice pieces of orgonite. here i share with you the picture of all orgonite we had with us in the ferry just in the beginning of the trip: 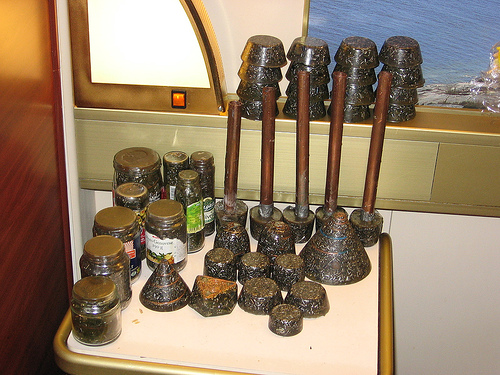 six of the devices in glass jar were gifted to the sea and five devices with the copperpipes as well. In some of the devices i used lapis and aventurine and as quartz the white powerful type from the arctic circle.

Meeting of the keepers of Andean tradition and sacred knowledge has been such a wonderful gift to us. Here in Finland the original culture has been destroyed as the church&army came here about 850 years ago and this land has got more wars than most of the other european countries have in these conquered centuries. Anyway, the nature here has so much to give in energy that we really have got something , instead of traditions of cultures we have been able to live quite close to nature until now that we live here in capital area of this country, there in north things are quite different except the system (nwo) is the same there but the energies and friendly beings of nature are very alive and ready to teach anyone with open heart to learn from Earth.

One thing that these our andean friends culture keeps as very sacred and important is the `Chakana, the inca-cross´ so to speak. 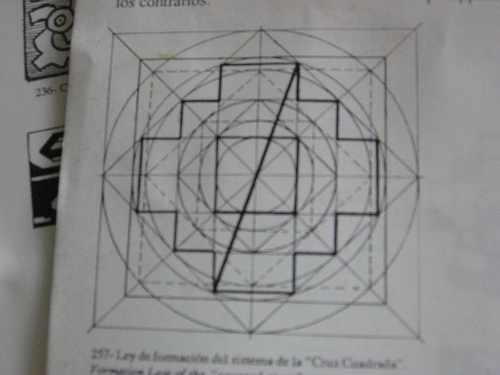 This figure contains very much, i have the impression that it is sort of portal, connector between the energies.

The line from upper to lower corner is called ´katari` and it is the Phi . . .

the center of Chakana is called `chau ping´ or something like that and it means “the center of the center”, and it has everything to do with the spiral.

there is so much in this thing that i cannot of course write it here as it would take me to first study exact information about it and then write it here, but here you have it, chakana, it has much to do with the heart center and its connection to four directions and to cosmos and the Earth.

Also one more interesting thing about Quechua language and culture is that North as direction is called `Chi´. And what do we know about the energetics of this planet and polarity in general; energy is flowing from north pole to south pole. this Chi made me think about the connection between the cultures… which is totally its own story.

Now that we have got quite much resin, we have made many many TBs and HHGs and i have been gifting the towers and places with transmitters in nearby area of my home (i have moved to this specific area just a while ago) and ohh how good it feels to be back in this work.

then, i would like to ask from anyone what do you think about these pendants that i have made. They contain herkimer diamond in the center, some lapis lazuli, aventurine, pyrite and hematite. I feel those stones are not anyhow disharmonical together even though they are of quite different vibrational level, the energy of the pendants is quite strong and the spectrum wide, i would like to read anyones good point of view on these; 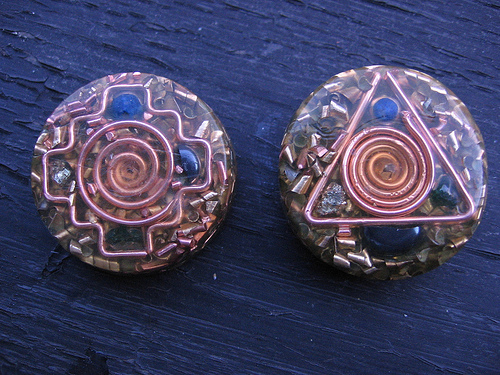 and now i will go. this is my first post here and i feel i have quite much to write actually but this is enough in this post, later i´ll return.

The stone combination in your pendants feels good to me. If you were to group them, pyrite, herkimer diamond and lapis would go together (asociated to third eye and crown chakras); hematite on the other hand corresponds to the root chakra; aventurine to the heart chakra. However, even though the stones are related to different chakras, they are all mental stones. I think you made a good combination!

Now, regarding the designs made with copper wire (inca cross and triangle), I was wondering if the fact that the design is not continuous, because the copper is cut, would have anything to do with the energy dinamics… I mean if the energy would flow properly.

The stone combination in your pendants feels good to me. If you were to group them, pyrite, herkimer diamond and lapis would go together (asociated to third eye and crown chakras); hematite on the other hand corresponds to the root chakra; aventurine to the heart chakra. However, even though the stones are related to different chakras, they are all mental stones. I think you made a good combination!

Now, regarding the designs made with copper wire (inca cross and triangle), I was wondering if the fact that the design is not continuous, because the copper is cut, would have anything to do with the energy dinamics… I mean if the energy would flow properly.

Yes, the fact that copper is not continuous affects to the flow of energy in some way for sure but i dont know clearly how. They are quite powerful in a way like they are anyway.

I will for sure make also the copper inside continuous but made these like this because it was easier at the moment of making them. I have now made quite many of different pendants and practice makes quite perfect… It is inspiring to test different molds and forms…

In the chakana pendant i actually meant to put the hematite to lowest part of the cross but by accident i put there the aventurine instead. I will when i have more time to make what all i imagine, make pendants with strong connection to Earth and other ones that resonate on high-energy-center only, like amethyst, lapis and aventurine to bring it to heart level too…