It is at least twice an seismic shock has happened in Citta’ di Castello, there is a line here that goes from there in the Umbria region to France.

Vittorio likes my improbable line of sight lines, something to pick you up Vittorio, remember Ighina and Alberto.

So how about this line, Gubbio and Citta’ di Castello, Florence hill with Mediacean Villas and Buddhist centres, Prato industrial pole were last week chinese workers burned alive in a workshop. Next is Pistoia, than Aulla the old, Genoa, Busalla Mount Leco, Torre di Orsara and Acqui Terme, Moncalieri with castle holiday residency of the Savoy Royals (on the 45 parallel), Benedectine Sacra Saint Michel in ValSusa, and Chambery in France the seat of the Savoy Royals. Our answer to the Turin Lyon railway with its hypothetical 57km tunnel under the Mont Blanc?

Checking up the civil protection quake site map of the last 90 days, the above line intercepts few events. Actually isnoticeable that most activity is in central Italy. Is curios how the triangle made by the line with the 45 parallel also comprehnds almost the total of the north italy events in the padana plane and the appenines, for the alps there are events on the border with 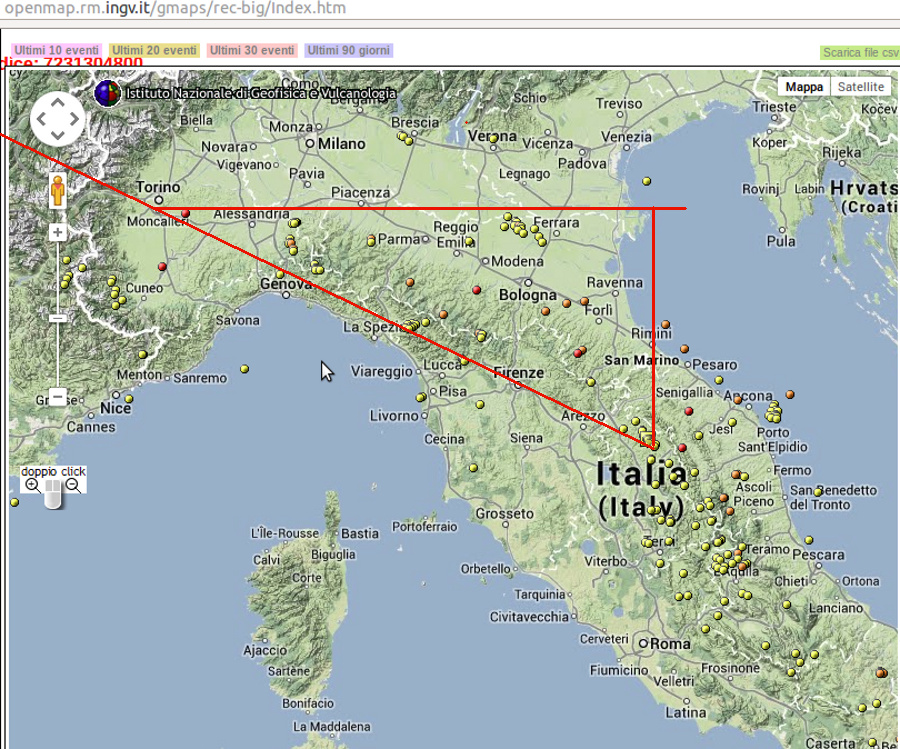