“He took his scribbling pad on his knee and pushed back his chair so as to get as far away from the telescreen as possible. To keep your face expressionless was not difficult, and even your breathing could be controlled, with an effort: but you could not control the beating of your heart, and the telescreen was quite delicate enough to pick it up.” 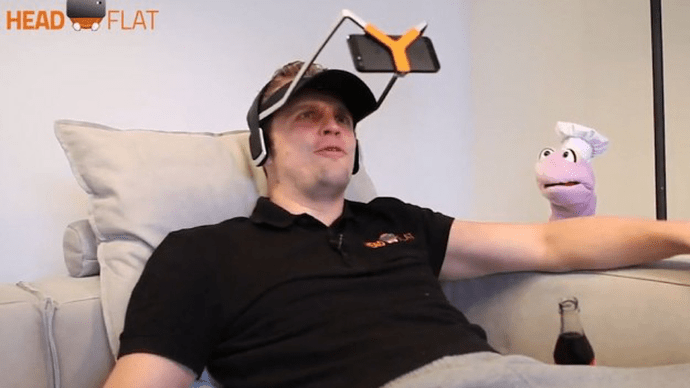 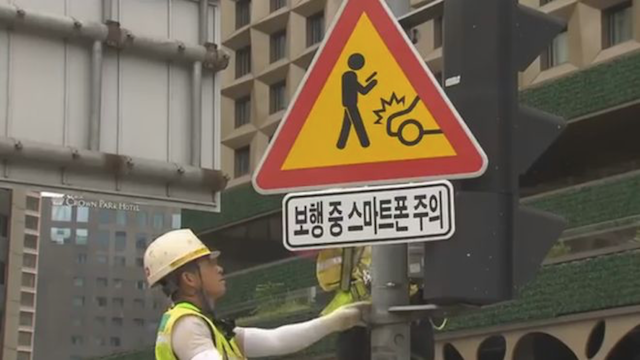 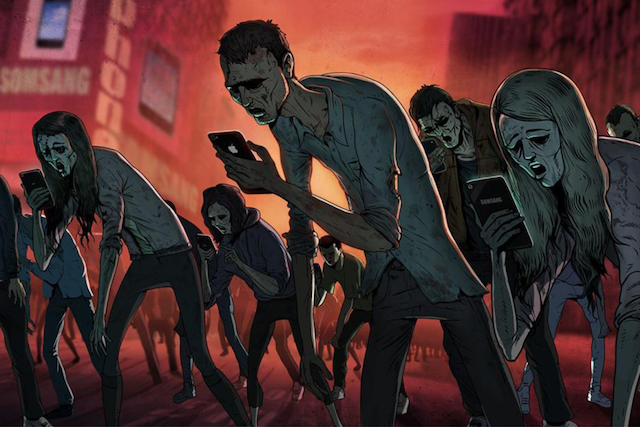 It’s January 2019, and great, epochal positive changes are underway at every level of our reality. And one of those changes is that the populace has recognized that technology has been weaponized against it.

The words “mystery”, “baffled” and “puzzled” are memes, used, among numerous similar variants, whenever anyone in the wholly-controlled-and-coopted Political, Academic, Scientific and Media establishments wants to lie about, well, basically anything. One of those variants is “surprised”.

That’s why an article below about plummeting “smart” phone sales reads “The slowdown at Apple should surprise no one given that most adults on the planet already have a smartphone .”

As my wife were driving in Brooklyn the other day, we saw one of those repugnant little “Smart” cars. I said “you know how they say “that which can be spoken is not the true Zen? That car is not ‘smart’, just like the so-called ‘smart’ phone is not smart.

Re: the malefic device that I have dubbed the “ smugphone ”, I suggest that sales are plummeting because people are giving that shit up for lent. While the folks in charge suggest that it is simply market saturation. Truth will out over time, they say! A lot of the things I report on are covered by a news blackout, but “flip phone sales” is under a more brutal lockdown than most of them.

Another recent article below is headlined “PC shipments drop again, just as things were starting to look up ”

If you can find me an example of the PC Market “starting to look up” over the last few years, I’d be interested to see it. But you won’t find one, because it’s a bald-faced lie, a bullshit plausible-deniability excuse. Given that “The PC industry just had its lowest single quarter of shipments since 2007.”

By which they mean “lowest, ever, in all recorded history.”

The current article avers that “ that Lack of CPU supply ” is one of the reasons for the drop.

Well, if that’s true, why does an article from two whole years earlier, in 2017, document eleven straight quarters of dropping PC sales, and, further, attribute it to “a shortage of components like memory and LCD screens that are driving up manufacturing costs”?

It’s a bald-face lie, a bullshit plausible-deniability excuse. Let me drop some knowledge on you: these days, manufacturing works on a Japanese, Kanban-style “pull” philosophy, which means “Make To Order, “in which the production is based on actual demand. That versus the old days, when it was a “Push” model, which means “Make to Stock”, in which the production is not based on actual demand.

That 2017 article goes on to say that “While some vendors just absorbed the higher costs, others hiked their PC prices, leading to lower overall demand.”

“Lower overall demand”, ah, there’s the punch line, the item they were hiding. We are to believe that, in the face of dropping sales over multiple years, the parts vendors don’t have enough parts because demand is so high . That’s a brilliant, bold example of a Satanic inversion.

Claiming that higher prices led to the demand drop is another. They are, yet again, lying bald-facedly. Demand dropped, so they stopped making phones. Versus their lie, that demand was high, but it was so high they ran out of parts, which skyrocketed in price as a result, and then consumers said “screw it, I’m not buying that high-priced phone!”

And, because they fervently hope that you are not smarter than a fifth grader, they suggest further that the previously-described situation has been going on for over two years !

The simple truth is that demand is lower - people don’t want the product, and haven’t for multiple years, now. And that’s true if it’s PC’s, or MAC’s. Now sales of so-called “smart” phones just had their first full year of dropping sales, and now are powering into their second in a row.

Prices drop either when supply increases, demand decreases, or both:

To preserve current programming levels, affirm “ that’s because most people already have an Apple Watch or Other Fitness Tracker. ”

To maintain Cognitive Dissonance, affirm “ that’s because most of the video game players already have all the video games they’ll ever want, ever .”

It was a 5% drop – the statistic was carefully omitted in the headline and described generally as “ dropped ”.

Things are getting a lot better, and really, really quickly. The populace has made the congnitive leap, but is for this moment too embarrassed to put it into words.

But actions speak louder than words, they say.

The PC industry just had its lowest single quarter of shipments since 2007, according to a new report from analyst firm Gartner.

Worldwide shipments of PCs fell 4.3% in the second quarter compared with the same period in 2016. That marked the 11th straight quarter that shipments have declined in the industry.

The reason for the latest drop, per Gartner: There’s a shortage of components like memory and LCD screens that are driving up manufacturing costs. While some vendors just absorbed the higher costs, others hiked their PC prices, leading to

Mobile phones can cause cancer, suggests a new study conducted in the UK. It suggests cell phone radiation can cause a fatal type of brain tumour called glioblastoma multiforme. Here’s what the experts say.

This month, a study published in the Journal of Public Health and Environment, raised new fears about cancer’s connection to cellphones, reported The Telegraph (UK). The research team investigated the rise of an often fatal type of brain tumour called Glioblastoma Multiforme (GBM). A total of 79, 241 malignant brain tumours over 21 years were analysed. They found that GBM cases in England went from around 1,250 a year in 1995 to just under 3,000.

According to The Telegraph, scientists at the Physicians’ Health Initiative for Radiation and Environment (PHIRE) said the increasing rate of tumours in the frontal temporal lobe “raises the suspicion that mobile and cordless phone use may be promoting gliomas”. Cell phone radiation exposure has been principally linked to two types of brain tumours − gliomas and acoustic neuromas.

November 1, 2018 - Cellphone radiation may cause cancer in rats , report finds

“ We agree that these findings should not be applied to human cell phone usage,”

January 11, 2019 – PC shipments drop again , just as things were starting to look up

According to Gartner’s latest shipment figures for the last quarter of 2018, shipments dropped 4.3 per cent compared to the same quarter in last year. In big numbers that means shipments fell from 71,696,000 to 68,626,000.

It’s not the largest drop around, but it once again paints a rather lacklustre picture for the PC market , which last year actually looked like it was picking up a bit after quarters upon quarters of declining shipments.

January 20, 2019 - You don’t need to be a computer scientist to work out why iPhone sales are down

Calmer analyses showed that the expected fall in revenues could be accounted for by two factors: the slowdown in the Chinese economy (together with some significant innovations by the Chinese internet giant WeChat); and the fact that consumers seem to be hanging on to their iPhones for longer , thereby slowing the steep upgrade path that had propelled Apple to its trillion-dollar valuation.

What was most striking , though, was that the slowdown in iPhone sales should have taken journalists and analysts by surprise . Everyday experience should have told them that the iPhone picture was changing. I’ve lost count of the number of friends, colleagues and acquaintances who are happily still using their four- or five-year-old iPhones. The devices still work perfectly for their purposes. Sure, the camera isn’t as good as the one on the iPhone XS, but it’s still good enough for everyday use. My trusty old iPhone 6 is still more than adequate for my needs. In fact, since the last couple of iOS updates and a replacement battery, it’s as good as it ever was. And one of the things that would stop me upgrading is that I find its fingerprint recognition much more convenient for secure online activities than the much-touted face recognition in the newer iPhones would be . I’ve been an early adopter and a gadget freak for as long as I can remember, so if I’m not upgrading, there must be lots more like me.