Lisa Blakemore Brown is a psychologist

who drew the ire of the medical mafia for writing a book and saying vaccines cause autism. Her professional body, the British Psychological Society are trying to declare her paranoid (ie mad) so they can pull her licence

Nasty bunch indeed, and I gifted their Leicester HQ and then their London office, and was surprised to see Tavistock in the same place, who are the main mind control group in the world, by all accounts.

These are the characters on her back:

who is anti-vaccine. She is up before the General Medical Council (GMC) who presumably want to pull her licence also, and get her out of the way before the big one–Andrew Wakefield.

I gfifted the GMC and Allopath HQ–the Department of Health.

This is the mafia man on her back-David Salisbury 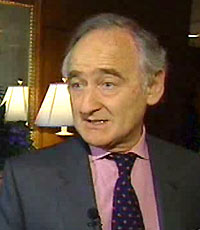 who is in charge of the gov vaccine programme–Director of Immunisation. So he is probably the main man for Wakefield as well, along with his henchmen, visible anyway.

It takes real guts to go against the mafia if you are an MD, in the Group, as you can see by the fact only one MD has dared to be anti-vaccine to the extent of Jayne in the UK. Wakefield was sort of thrust into the limelight by chance but he has stuck to his guns and is one of a handful of doctors who is actually studying the children–the gov just study statistics to cover up the MMR autism connection. He had to leave the UK, while hundreds of vaccine bowel disaese kids can’t get any medical attention, and mention of vaccines and they get shunned.

I was reading a book about dr Issels, a German who had a cancer therapy–they put him in jail and tried to break him so they could go after the 100 or so other docs who were using alt med. If they break these 3 then they will be back on top of their shit heap, crowing about how MMR is safe, how vaccines don’t cause autism etc, and carry on causing thousands of kids every year to have autism and horrible bowel disease, not to mention life threating asthma (as happened to a friends daughter), diabetes etc.

All for absolutely no reason, as vaccines never saved one single person from anything, and vitamin C would protect and cure anyone from infections like meningitis, measles etc, which they wont use of course as they can’t patent vitamins, and it would expose their shenanigans over the last 200 years—the way they have suppressed the vitamin C discovery for 50 years, and the fact malnutrition is the main cause of infectious disease deaths, along with heart disease.

the main journalist on Wakefield’s back is a Sunday Times journo, Brian Deer

This man is doing more to cover up vaccine disease than anyone and yet they write this drivel! he even has the gall to write that DPT doesn’t casue brain damage when the UK gov has paid out for 900 such victims!

A brainwashed, mind controlled one at that.

How does that make you feel Brian the LOSER Deer ?

Brian don’t do any more favors for the poor autistic children will you.

Yes, he is either one of them (spook?) or MKUltra work as he seems to really believe his drivel. I wonder if all the outer HealthFraud types are mind controlled, not Barrett, he is AMA shill, for starters.

This is a more revealing photo, lost that baby face innocent look. He hounded Wakefield with a TV crew at a conference recently. 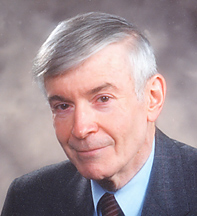 Would you buy a used car off this man?

John, thanks for sending me the list of the names of Dr Lisa’s assailants. We cycled through them all in Dooney’s chatroom on Saturday and please let us know if there’s any change in Lisa’s circumstances and health, okay?

At the end, the psychics said she looked pretty buoyant and happy but we look for feedback. I’d also like to know if there’s any change in teh sewer rats’ tactics or strategy in coming days.

For what it’s worth, I’m pretty sure that if the public were inclined to support the drug cartel and medical mafia there would be no public debate: doctors who help people would simply be rounded up and imprisoned or murdered, as happened continuously until ten years or so ago, when conditions began to improve in the world.

Imagine, for instance, that Dr Reich had gotten a public hearing instead of a kangaroo federal court. He had no access to the media the way Dr Lisa does and the fascist generation that prevailed in those days wouldn’t have listened to him at any rate becuase they were too busy and content, sucking on the National-Socialist teat in North America and Europe.

I suggest that Dr Lisa will be exonerated regardless of anyone’s help but we felt inclined to help her, anyway.

The bloated government in UK, like the treasonous one in the US, is on the ropes now because they’re no longer appreciated: the only voice of support they can garner are drunks on the dole and now-infirm Depression Babies, wallowing in their stolen wealth, which they apparently still believe that they’ll take along with them to the next world

For all the talk about ‘neocons’ over here (I’ve never met one of those, nor do I know anyone who has met one, discounting a few war-hungry, white trailer trash and a few psychotic, rich hermits) this regime is extremely unpopular and distrusted so it’s just a matter of time, perhaps a short wait, before people get sick of excessive, centralized government and its attendant horrors. Even teh Orange County Republicans, who would happily sacrifice their children in order to keep their wealth, hate this fake president and his war. This hasn’t happened before and it’s a good bellweather. If our stupid military could get a moment of mental clarity they’d just come home from Iraq and Afghanistan and cordon off Washington, DC, to seal the fate of persistent but obsolete fascism in America, finally, and perhaps the world. I personally believe we’re just a step away from that.

When you sent me the private message, John, you only gave me the names of Dr Lisa’s assailants and since EW was down, then, we didnt’ see the additional names. We can do the rest of the predators you listed, of course, but we would like some objective feedback, meanwhile, about the conditions around her.

This method of unravelling tyranny can be proven to work but we need the feedback in order to inspire others to try their hands at it. Our small group sure can’t do it all. I believe that the practice of going after predators with informal group efforts will be instrumental in keeping humanity free from tyranny and exploitation and it’s amazing to have the privelege to pioneer this effortt!

Thanks Don! I just wanted to get these 3 on your pin board as it can be tricky to get through on e mail, I tried a month back.

And this is a real chink in the armour of the medical tyrant, so I don’t want to miss this opportunity.

If we can prove that MMR and mercury in the other vaccines causes autism (we know it does but they are doing everytghing to suppress that fact) then this MMR could go down, and that could be the end of MMR as they had to withdraw the last one, along with the mercury vaccines–and most had that in, DPT eg.

End of MMR, end of the reputations of many and possibly the medical industry, and maybe the end of vaccination, as it is resting on mud anyway, so once the lid comes off this Pandora’s box then who knows?

There are 500,000 people in the UK alone with autistic spectrum disorders, so it could bankrupt some vaccine companies, I hope.

Lisa was evicted from her house last I heard and off e mail but I have a number so I’ll give her a ring. I fixed her up with a great journo who is documenting her case so that may have helped her spirits, she was down awhile back.

I am in touch with Jayne, who seems OK, she has a great anti-vaccine lawyer working for her .

Wakefield is the big one, and I’ll look into his case and see who is on his back.

Deer and that David Salisbury could do with a good kicking, for starters.

She is OK at the moment as you thought:

Lisa: It has been a very difficult few months but things are lifting. BPS are moving forward with hearing next Tuesday and Wednesday. They are going mad after a psychiatrist said there was nothing wrong with me, accusing him of acting as if he was my advocate!

They found against Lisa 2 to 1 but not sure what that means exactly. Their best bet would have been to ignore her but like all bullies and psychopaths they can’t help themselves, so they may end up shooting themselves in the foot by exposing themselves and bringing her to wider attention. This is one excellent article on her with a recent statement by her.

Lisa just told me they found for her, so managed to avoid having her licence pulled and said: “It felt and still feels like a miracle!” [Image Can Not Be Found]
Ref http://whale.to/vaccines/brown4.html

so good news there, they also failed to do the same to Jayne Donegan with a GMC court, and they ended up looking stupid
Ref: http://whale.to/vaccine/donegan3.html

Here is the judge who called her evidence junk science, turns out he was the one promoting junk science. Looks a copy of my old psychopathic headmaster who used to get his kicks out of beating us. [Image Can Not Be Found]

That is such good news John.

Orgonite works ! Having more Orgonite is better than less when it comes to shakedowns, setups, blackmail and personal attacks.

Notice how tired and pathetic looking the criminal doctors look ? They have no life force in them.

It’s been proven Vaccines cause Autism, so the only thing left for the criminal drug companies to do is cover it up and go after the whistle blowers and that charade is cracking too, thanks to the heroic efforts of doctors like Lisa Blakemore.