On the way to the beach

I am re posting this experience since it was lost with all the hacking we had… more on this to come in our next trip to the beach, hopefully real soon .

ON THE WAY TO THE BEACH… (late june)

Today we came to the beach. Needed to plant 14 trees for Ale’s native little forest. Now, the way here was very interesting and “DORy”.

Santiago was nasty, 12:00pm and you couldn’t even see 500 meters. Some days, a dense blanket of DOR settles in the atmosphere and all becomes blurry. People think it is fog, but fog feels humid in your throat when you breathe, and the temperature at which the sun is burning would evaporate any air water fast. Today was one of those days.

To leave Santiago from our neighborhood, one must go around and down a big mountain to the next valley. The air was even in worst conditions there. We took some pictures from the car, that show the condition of the atmosphere: 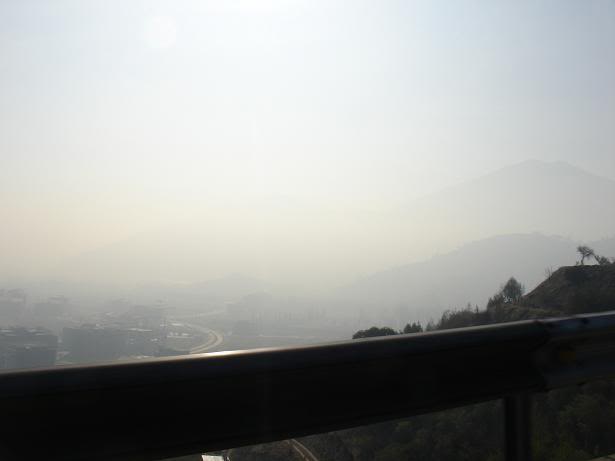 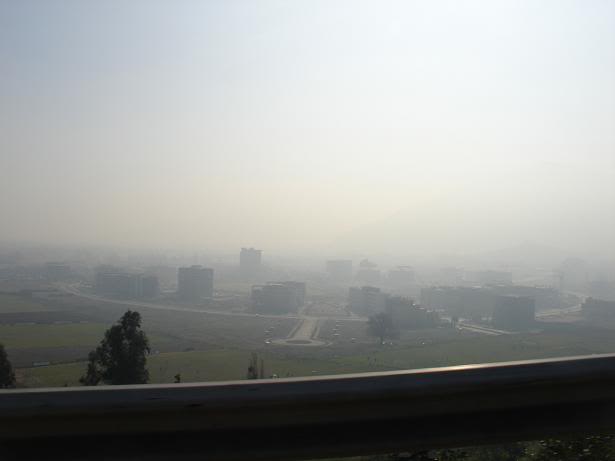 That valley almost killed us. The DOR was really intense. The sun felt very heavy and hot, and we were brain fogged, feeling pressure inside our heads. Got cranky and tired, felt like I couldn’t open my eyes. Told Ale I would sleep the highway, thought I couldn’t bare the trip awake.

This is how it looked from the car: 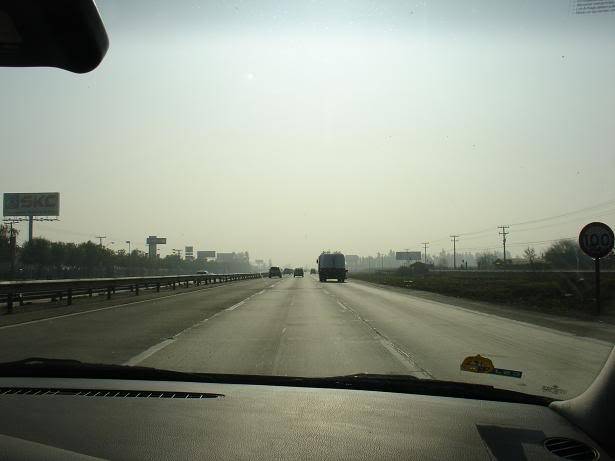 However, 40 kilometers ahead, I began to slowly sing to the music playing in the car, and began to open my eyes. The air was much lighter! This new valley was clean. It was a relief for both of us. You could breathe much better, felt the pressure in the sinuses improve dramatically and the sky was bluer, you could see the mountains again. There was still a lot of smog, but it wasn´t an incredibly dense “blanket” like before.

But then again, 20 kilometers ahead, we saw an even denser “blanket” in the horizon, over the next valley. As we approached it, we understood that it is impossible that this smog (DOR) came from Santiago, since there is a clean valley in the middle. How do not people wonder about these phenomena? Where is this all coming from? They probably dismiss the doubt by saying “its fog”. 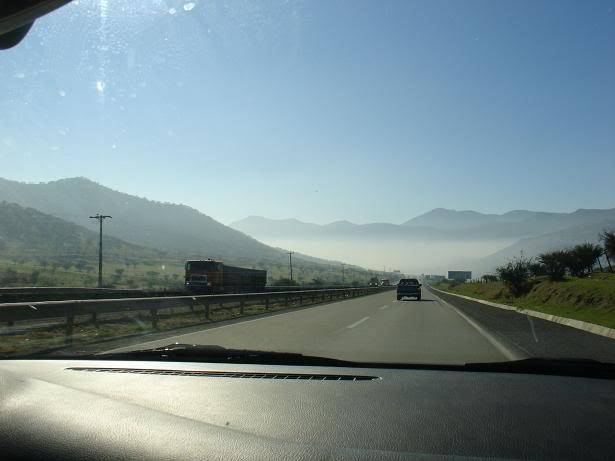 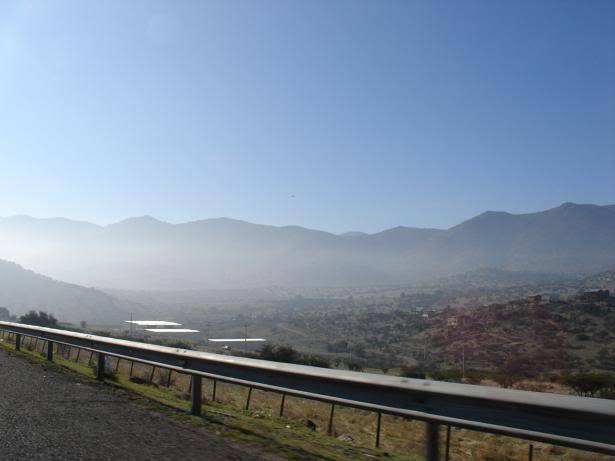 This new valley is called The Aconcagua Valley, since the Aconcagua river runs it. The Aconcagua mountain (6,978 mt) can be seen at the back. We had already noticed this before, but today we decided to gift it. We have no doubt that the “smog” is being generated by something else than CO2 emissions, since there are not emitters. There are many death towers along the highway, as well as a line of high tension towers, and a thermoelectric plant. Maybe an underground base, due to the severe conditions. In-land water gifting (Aconcagua river) needed.

The beach is clean as always, humid and healthy air. At dark we went to town and threw 30 tb’s from the dock, on the same place we rented a boat (summer) and distributed about 40 more. The fishermen often see dolphins there, and my sister once kayaking saw them too. We have only seen them swimming far away, from Ale’s house in the hill. Hope to hear of dolphins tomorrow.