"Positive Changes That Are Occurring - 2020, The Year In Review", Excerpt

Positive Changes That Are Occurring
JeffMiller (Jeffrey Miller) November 14, 2020, 6:25pm #1
Before I begin, a warm welcome to Bret, who brings the readership to 34.

This is another excerpt from the developing "Positive Changes That Are Occurring - 2020, the Year in Review" article I'm working on.


In April 2020, Time Magazine said “Video Captures Gliding Jellyfish Visible in Venice’s Canals as Italy Remains on Lockdown”, and followed with “As tourists stay home during the ongoing coronavirus pandemic, Venice has become quiet. The boat traffic that normally fills the canals has dramatically lessened the waterways criss-crossing the city have noticeably cleared.” 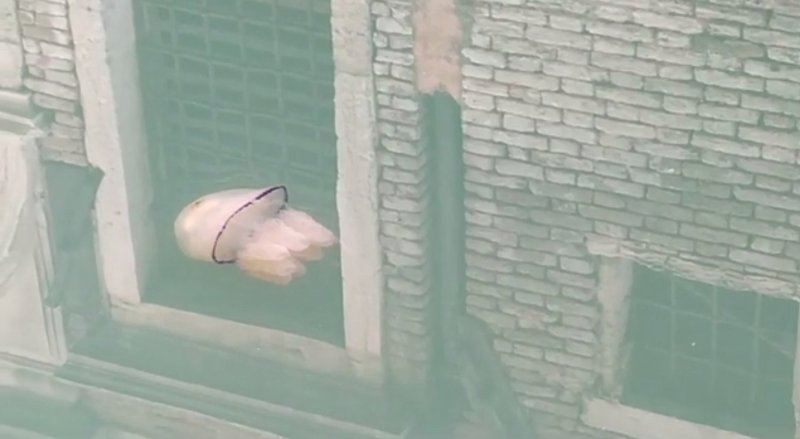 Well, if that’s true, then why does an NBC Los Angeles article from 2013 read “ ‘Rare’ Jellyfish With 25-Foot Long Tentacles ‘Appears’ in California”?


The article continues: “Several swimmers at a Southern California beach were stung by the ‘rare’ Black Jellyfish, a marine animal who's tentacles can grow up to 30 feet long. .... A breed not seen since 1920 reemerges and scientists link it to ‘global warming’.

And, further, why is a November 2013 article from the U.K.’s Daily Mail headlined “The Cookii ‘monster’: Huge ‘deadly’ pink jellyfish has been ‘discovered’ “?

That article continues: “A jellyfish with a powerfully toxic sting has been rediscovered more than 100 years after the last recorded sighting of it. The ‘incredibly rare’ Crambione Cookii has not been seen since 1910 but has been recently ‘spotted’ off the coast of Queensland, Australia, where it was captured.” 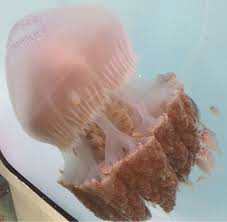 The author brazenly states in the headline that the jellyfish has only just been “discovered”, which is a bald-faced lie. The propagandist knows that sixty to seventy percent of readers only read the headlines, which effectively “compartmentalizes” the awareness that the jellyfish wasn’t just discovered, but rather hadn’t been seen for over one hundred years. In propaganda terms, they “walk it back” to “REdiscovered” in the body text.

The author ventures no guess as to what led to the historic event, other than averring that it was recently “spotted”, which implies that it was there all along, and not found until “more assiduous jellyfish searching” was employed. No mention is made of the sudden reappearance of other jellyfish in other geographies, which is another example of the “compartmentalization” technique we just covered previously.

Speaking of the sudden reappearance of jellyfish in other geographies, in August 2014, the U.K.’s Independent said “ ‘Rare’ Jellyfish Spotted ‘For First Time In 70 Years’”. 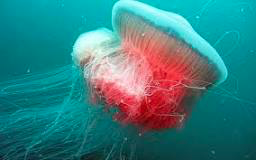 (Drymonema dalmatinum, also known as The Big Pink, was spotted last week of the coast of Italy. This gorgeous jellyfish was first discovered in the 1880s by a German naturalist, but then it was not seen again since the 1940’s.)

Can you see how the author put the word “rare” into quotes, to call it into question? Can you see how the jellyfish began reappearing in 2013, the first year I began documenting the great positive changes that are taking place at every level of our reality?

Just as in the previous example from Australia, the author here ventures no guess as to what led to the historic event, other than averring that it was recently “spotted”, which implies that it was there all along, and not found until “more assiduous jellyfish searching” was employed. And, also as in the case of the previous example from Australia, no mention is made of the sudden reappearance of other jellyfish in other geographies, which is yet another example of the “compartmentalization” technique used to blunt and defray wider awareness of the trend I’m documenting here.

No, indigenous jellyfish have not suddenly been seen in Venice because of Covid-Increased water clarity. And, no, rare jellyfish were not cooked back into existence by Global Warming in SoCal in 2013. Jellyfish are, rather,“winking back into existence” from our perspective, regardless of geography, as the etheric environment once again becomes healthy enough for these life forms to manifest within the physical environment.