Recently, I’ve been talking with a German electrical engineer who became interested in the concepts of orgone.
Initially, I recommended the book on Cosmic Superimposition by Reich. This was to help provide a background of the science which Wilhelm Reich worked with.
This friend of mine is also quite a photographer. He then tweaked his kirlian setup to work some experiments to see orgone for himself.
He has become very excited about this. He is sharing his kirlian photos with me along with good descriptions of what he is doing in his experimentations.
His preliminary experiments have been primarily working with copper metal and leaves and grass.
I’ll, of course, be adding to this topic as he expands his experiments to include actual orgonite.

for now, i’ll put his kirlian photos here for us to see, with his own descriptions written on his pictures.
it is simply for the record and it may prove interesting to see how he advances with his experimentation.
Folks like this are a rare find, first having to prove the concepts and make observations for themselves, rather than to believe what another person says.
I’ve guided him in his experimentation None at all.
So this is simply an pictorial record of what he has decided to experiment on his own.
Later, I will explain the introduction of polyester resin to his experiments and we may be in for a treat

This gentleman has seen some coils in orgonite on my website and in other pictures… so this is a set of pictures he made:
He also noticed something like a swarm of mosquitos moving around the area of the coil in these experiments around the coils…
he is working to photograph what I think might be Bions. This man is becoming quite excited and comments in length about
his growing fascination of this orgone stuff.
He is quite good with 3D photography and It would be such a treat if this leads to 3D kirlian photos for us to see. 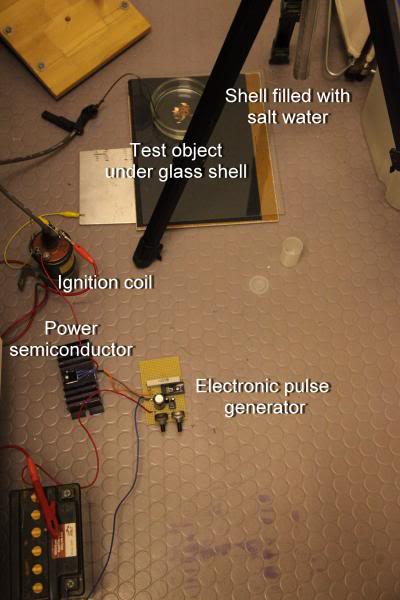