looks to be our main underground base. This guy is dyslexic apparently, which explains the spelling.

“I am sure that there is an underground base at the dam, as it is the only dam in the country with a steel reinforced base under the concrate base. Plus there are too many coincedences that point to there being some kind of base up there, as for the phone call is probably an hoax. But there is still something enchanting about my mistress Scammonden that makes want to love it for the mystery and yet hate it at the same time.”

Bingo, John! You struck a nerve! One confirmation is that Christian was unable to post the following account, due to hacker interference. I’m getting similar interference right now, but will stick with it until Christian’s account is in this thread. Note that he’ll be returning there for followup, which is wonderful. When you go back, Christian, take note of changes in teh atmosphere, plant and animal life and the ambience. These physical and other sensory confirmations are what build our confidence and lend substance and empirical evidence to our efforts.

I think that any parasitic alien who tried to abduct a gifter would literally get blasted by the orgone [Image Can Not Be Found] becuase we each become orgone capacitors from doing this work. Have you ever touched a big capacitor that’s been charged? Our discharge is pure life force, rather than electricity, but that can be fatal to parasites and predators and they seem to know that. The stupider (more arrogant) ones among the sewer rat hierarchies don’t respect this simple truth so they get stung.

Earthpipes have a lot of throw, perhaps because of the density of the medium. The best part of that is that we don’t need to be on the property to take out what’s under it with earthpipes. Also, when a large number of pipes are deployed, it’s often a good idea to put at least three of them vey close together. Carol started doing that, early on, and the technique seems to consolidate the field and extend the range, somehow. If a base can’t be surrounded, it’s pretty easy to take it out by putting groups of earthpipes on opposite sides, as close to the property as possible. It’s not necessary to risk being shot by the sewer rats’ mercenaries to take out an underground base, of course.

Water gifts have a lot more more throw than if they’re tossed on land, speaking of relative density of mediums, and since there’s a sailing club on the lake I guess it means anyone can get close to the water there. If you will try your hand at dowsing you might find it easier to determine how many earthpipes are needed to drive the world odor’s rats from their underground bases. I’m dowsing seventeen in this case, which indicates either a very large underground base, a particularly heinous one or both. It took that many earthpipes for us to do the huge, ancient base under Death Valley, by the way, and 26, along a hundred mile perimeter route, to stop the seismic activityand prevent eruption of the Yellowstone Caldera. Congrats for assaulting such a juicy target! Thanks for starting the thread, John.

Made my first gifting foray to the scammonden area this week (well,
technically my second – I’d gifted one of the tall transmitters
previously before reading speculation about a base under the dam).

The two transmitters (HAARP?) are around half a mile from the dam.
The fenced area around them contains a few small buildings, a
satelitte uplink and what appear to be airvents sticking out of the
ground. There are reports, going back over 30 years, of people
entering one of these buildings and not coming back out.

I buried two HHGs and two EP’s just outside the perimeter fence and
tossed 5 TB’s over the fence into the scrubs.

The EP’s were tremendously satisfying to bash into the ground. I
found a 2lb rubber mallet to be sufficient (as well as being almost
silent…)

The Dam isn’t easy to get around. There’s a private sailing club
which takes up alot of the accessible shore line – they were actually
flying a skull and cross bones from their building! The rest of the
shore seemed quite steep and will require a long walk down from the
ridge. I hammered in one EP at the thin end of scammonden water (near
where an abduction experience has been reported) and tossed a TB in
the brook and another in the bushes by the boat house.

I will be going back up there again to finish the job soon. I’ve no
idea how many EP’s should be sufficient for a base but I felt a
desire to saturate the place with orgonite. Maybe several trips
required.

I’ll take my camera next time and I’ll go on my bike. The car’s great
for getting to the general area but then you’ve got alot of walking
to do.

Wore my harmonic protector the whole time – the abduction story was
unsettling!

Great! I have 3 Cesco coil Earth pipes ready, so will put them in together about 10 yds apart? Or Christian can if he picks them up, not sure if he has succour punch and if he needs one.

That is 8 pipes, so 9 to go. Have to make a special job of the only one we have found, that I know of anyway.

Well done to Christian for finding that one, and for doing the deed.

This was the view straight overhead am, one or two planes straddling my house, from two directions by the look of it, and from a flight map Christian sent me I am not in a flight corridor. 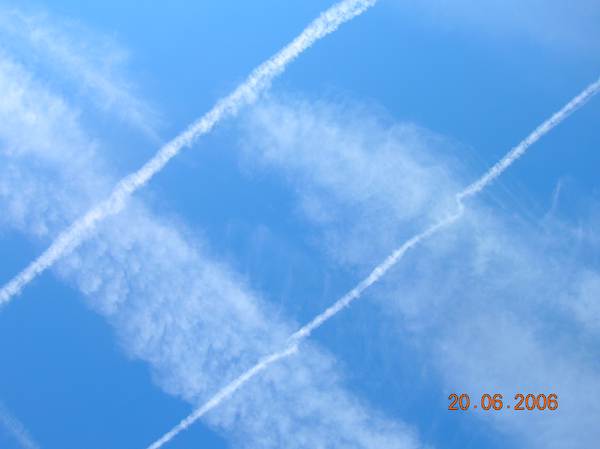 and the view down the valley
valley shot 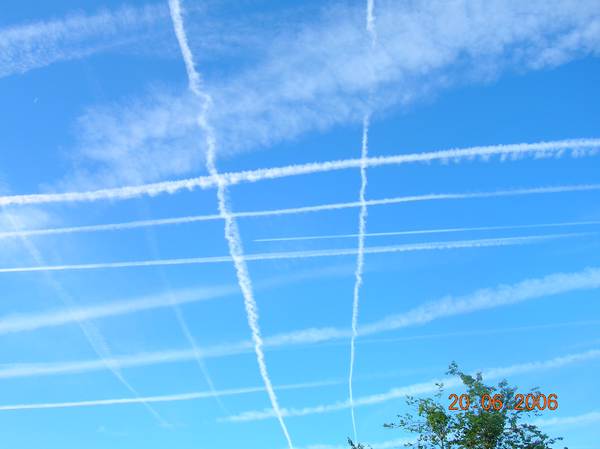 seems a bit excessive for around here! As you can see from next day, not even one:
next day totally clear of spew 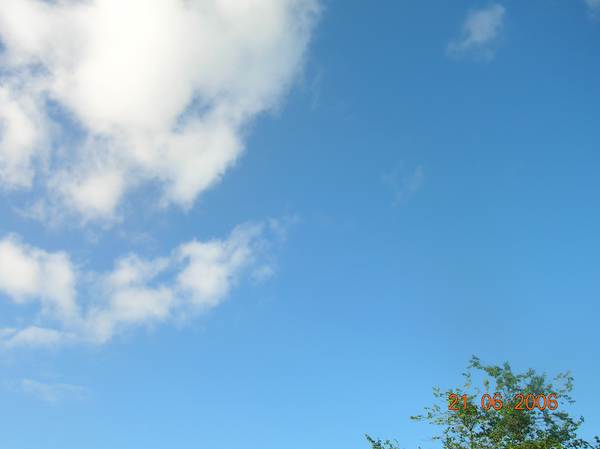 That criss-cross is really harsh John.

Well done Christian getting this started, hope you and John can get it completely busted in fine style very soon.

Busted a few more towers around this area in the past week, and, one big one out in blandford forum when I went to collect my new martini glasses (wrong area to report this but not really worthy of a post on it’s own).

this is big bT tower in Manchester which I gifted after the dam, text vanishes when I put photo in which doesn’t help, along with all previus photos

here is one end of dam right next to motorway, which was surprising but would hide any noise of the earlier craft, and the fog was dire when I arrived, so that would have hid the earlier craft as well. Fog on arrival at 7.30am:

Here is mast right next to farm house, they must get 5,000 quid a year to fry their cells

Mist clearing off the dam

I’m going to take a rucksack and some waterproof boots next time!

Ended up a great day, with a great sunset:

PS, notice how that text on the dam has vanished
https://www.ufomagazine.co.uk/Mysterious_Scammonden.asp

Bit late for that.

About 20 Tbs and 8 Dolphin balls made the water.

Cheers. I did the 2 radio? masts you can see on the hill above, Pole Moor is the name on the map, can’t find it on the list

and a big one of the way back to Manchester.

and see the country, amazing to realise how little of GB I have seen. Nice spot apart from the motorway noise. I took an SP and at the end of the day I swore I could hear a phone in the car, so rumagged about under the debris in the back, and sure enough found my son’s mobile!

I bunged a dolphin ball into 2 small reservoirs on the road up there, aim to do all reservoirs, found alist on Wiki, although maps are fine

Category:Lakes of the United Kingdom

Send us that Scammonden article again.

I started a thread there and got “the Jubilee line extension went massively overbudget & overschedule because of what else they built down there, so it is ongoing.” and that was done by Bechel, so a red flag with that name.

Another base could be Boscombe Down, called our Area 51, they flew Nazi flying saucers there after the war according to Brain Desborough in They Cast No Shadows.