The average crab weight during the 2019 Bristol Bay red king crab season was 7.1 pounds, the highest average weight dating back to 1973

“But such is the irresistible nature of truth, that all it asks, and all it wants, is the liberty of appearing.”

It’s January 2020, and great, epochal positive changes are underway at every level of our reality. They began in earnest in 2012 and have been increasing in speed and magnitude since.

I’ve subjectively concluded that those changes are being driven by untold thousands of simple, inexpensive Orgonite devices based on Wilhelm Reich’s work. Those devices are collectively unknitting and transforming the ancient Death energy matrix that’s been patiently built and expanded by our about-to-be-former Dark masters, well, all the way back to Babylon and before. And the Ether is returning to its ages-long natural state of health and vitality.

One of those changes is that Nature is booming and burgeoning to a level not seen in my lifetime.

Since that statement directly refutes our State Religion, which holds that “Poor Mother Gaia is Dying, Crushed by the Virus-Like Burden of Mankind”, I’ve appended several recent news stories below to support it.

One of them, from Alaska, is headlined “Bristol Bay red king crab harvest is a wrap .”

Can you see how the headline is general? It’s completely terse, completely neutral. As you may recall, generality is a hallmark of propaganda.

We have to read the article to learn that “Commercial harvesters have wrapped up the 2019 Bristol Bay red king crab season, with the average crab in the 3,797,000-pound quota weighing in at 7.1 pounds, the highest average weight dating back to 1973.”

The biggest, fattest crabs ever seen in all history. That’s great news, right?

Well, not if you ask Ethan Nichols, assistant area manager for the Bering Sea/Aleutian Islands, who “noted that state biologists have seen average weights of crab caught in this fishery increasing for several years now, which is a matter of some concern.”

“We think we are fishing on the same group of adult male crab who are a year older and heavier,” he said.

The biggest, fattest crabs ever seen in all history for multiple years in a row is a matter of some concern.

Well, if that’s true, why is another story below, from Washington State, from just a couple weeks later, headlined “Crabbing Reopening on Either Side of Hood River Bridge”?

It’s reopening because Washington state and tribal co-managers “agree that the crab abundance in these areas can support additional harvest.”

Crabs are booming and burgeoning in Washington state, and yet fat crabs have fisheries managers just north of there in Alaska all worried.

Actually, no, that’s not true. Despite his fancy title, Ethan is only pretending to care about the crabs. “Fat crabs spell trouble” is a gigantic whopper of a “the dog ate it” bullshit plausible-deniability excuse. And I am cheered to say that there are none better behind it, as marine populations reach their highest levels in history, and the members of those populations grow to the greatest sizes seen in all history.

They’re booming in Washington, and they’re doubling in the Chesapeake, but fat crabs spell trouble in Alaska.

Let’s take a closer look at the guy laying down the bullshit. His hame is Ethan Nichols. He’s assistant area manager for the Bering Sea/Aleutian Islands. Remember, as a crab manager, he thinks fat crabs spell trouble.

Remember, Ethan loves him some crabs like it’s his job. It is, literally, his job. He’s using taxpayer dollars to play this scam. 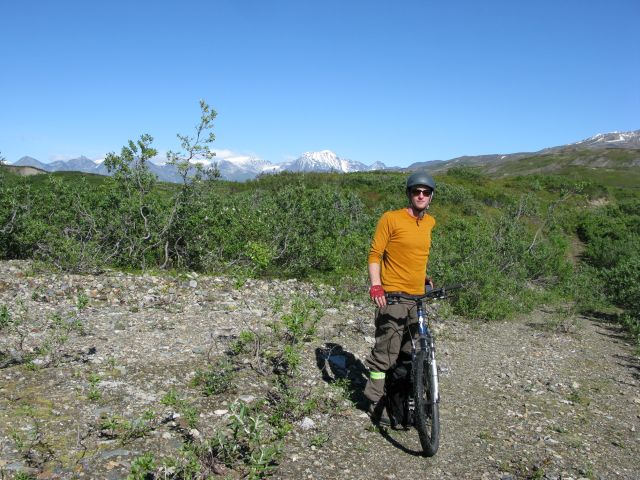 I’ve included it so you could get a better idea of what a generational Satanist in a position of marginal influence looks like.

“Ethan is a SEALAB Research technician who holds a B.S. in Geography and Environmental Resources from UAS. His current research efforts focus on developing a historic stream temperature database for Southeast Alaska and analyzing long-term stream temperature trends in relation to other local climate variables. Past research projects included analyzing changes in phenology of salmon returning to streams in Southeast. In his free time he can be found playing music, backpacking, and traveling.”

I’ll translate for you. In addition to lying about the true import of the fattest crabs ever seen in Alaskan crabbing history, Ethan is faking and spinning stream temperatures, while convincing his fellow musicians, backpackers and travelers that he’s not an agent, a spook, a stooge, a flatfoot, a confidence man. On his salmon project, he was most probably releasing poison and/or designer virii into the salmon beds.

He and his bloodline-related kin are all in it together, to win it, or so they’d hoped, before everything began to go bad for them around 2012.

Lies? Slander? The ravings of a mad person? The simple truth?

You’ll need to use your personal discernment to come to your own conclusions on the matter.

Commercial harvesters have wrapped up the 2019 Bristol Bay red king crab season, with the average crab in the 3,797,000-pound quota weighing in at 7.1 pounds, the highest average weight dating back to 1973.

Fifty-five participating vessels made a total of 114 landings as of Nov. 20, said Ethan Nichols, assistant area manager for the Bering Sea/Aleutian Islands.

Nichols noted that state biologists have seen average weights of crab caught in this fishery increasing for several years now, which is a matter of some concern.

“We think we are fishing on the same group of adult male crab who are a year older and heavier ,” he said.

December 18, 2019 - WASHINGTON - Crabbing Reopening on Either Side of Hood River Bridge

The Washington Department of Fish and Wildlife (WDFW) announced today that two additional marine areas of Puget Sound will re-open for recreational crab fishing and remain open through Jan. 31, 2020.

After evaluation of crab harvest and December test fishery data, state and tribal co-managers agree that the crab abundance in these areas can support additional harvest, allowing the state recreational fishery to remain open through the end of January.

The City of Ottumwa’s fourteenth deer season for bow hunters began on September 14, 2019 and recently concluded on January 10, 2020. During the season, 40 hunters registered with the police department to participate in the program, 34 were successful in harvesting at least 1 deer.

During the four month season, 79 does, 9 bucks, and 1 button buck were harvested bringing the total harvest number to 89.

Out of the registered hunters, 20 qualified for buck tags that will be issued during for the 2020/2021 season next fall.

The total number of deer taken is the highest harvest total since the inception of the urban hunt in 2005.

(The author makes no mention of what the previous record was, or when it was set, or the increase between the records. - ed)