The Qi of Rainbows

The appearance of rainbows has often been remarked upon in connection with gifting, most recently on the German forum in the thread http://www.cb-forum.com/Forum/index.php/topic,1990.135.html Chembuster in Nordenham, there regarding the phenomenon of “double rainbows”. It is said that all rainbows appear in pairs, but in practice the outer one is often so faint as to be virtually invisible.

To take a somewhat random sample of rainbows where the outer one is visible, I have linked to the two presented on the thread alluded to above, as well as to the first six obtained from an internet search (for Doppelregenbogen): 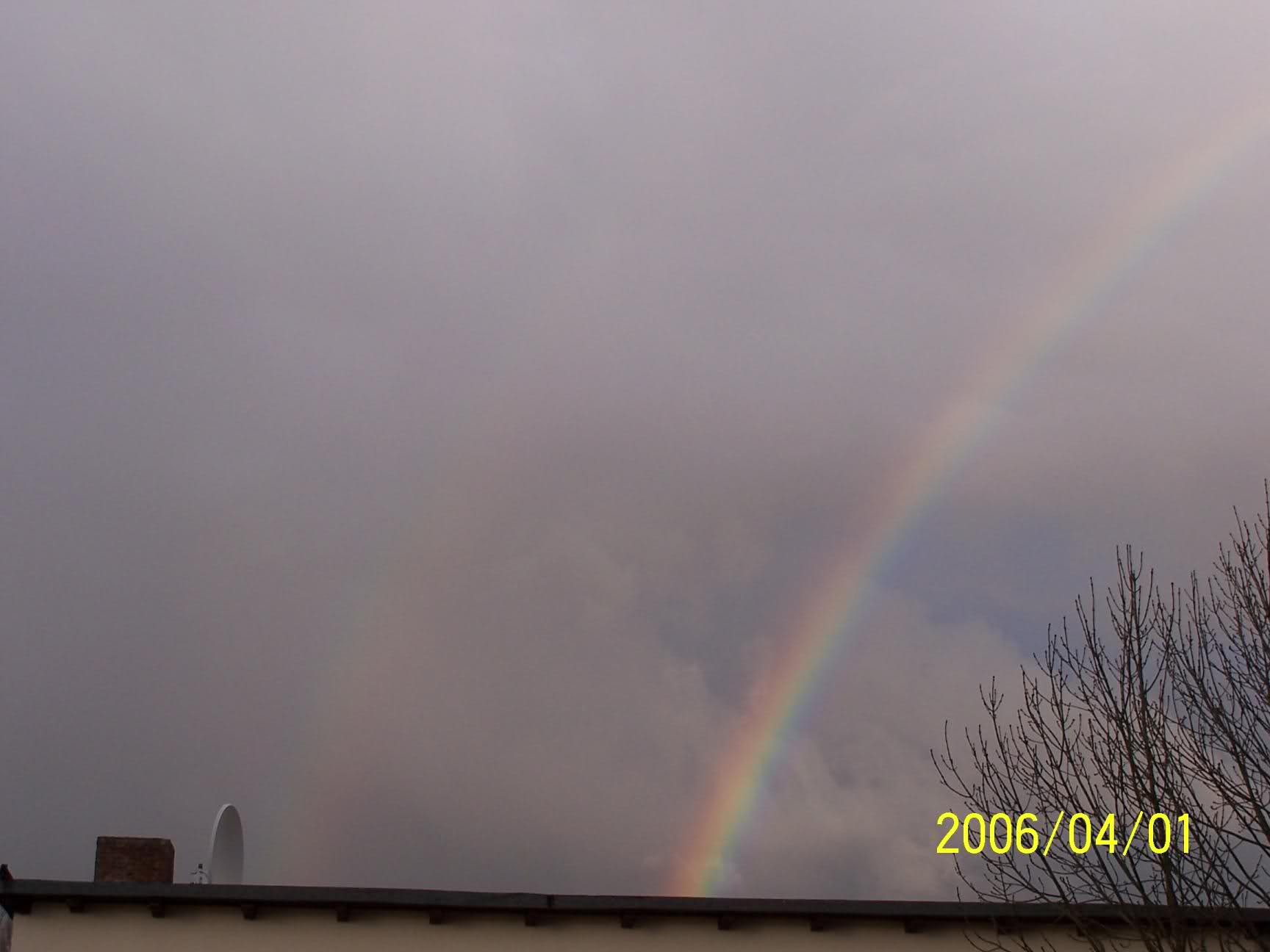 One should note that, in addition to the outer rainbow being weaker than the inner, the colors in the outer appear in reverse order to that in the inner.

Here I am just going to make a few observations on the qi of the rainbows in these examples and of the colors in the rainbows. I wish to distinguish between the quality of the qi in the different rainbows and the colors in the separate rainbows. Some of the qi is positive in feeling, some negative, and some nearly neutral. This brings a terminology problem which is similar to that one has when comparing numbers (which can be positive, negative, or zero). One does not say more positive, more negative, etc. when one is comparing numbers. He simply says one number is greater than another, or one number is less than another. For convenience I will use this same mode of description for qi. Thus when I say the qi in one place is less than the qi in another, I will not mean that there is quantitatively less qi in the first place than in the second – just that the qi in the first place is less positive (or more negative) than the qi in the second.

Third, in each rainbow in each example, the qi of each of the various colors is different than the qi of the other colors. I list the colors in the order that the qi of those colors is decreasing: violet, blue, green, yellow, red, and pink.