"This cemetery for members and their sons and daughters only. Before opening a grave, contact:"


A friend of mine sent me this image. "Before opening a grave for cannibalistic or ritual purposes, call Murray Hill 5, 6000."

(Spellcheck in both US and UK English confirm "cemetary" as a misspelling. Even Wikipedia acknowledges "cemetary" as incorrect. Ah so it's just one of those words which are commonly misspelled.)

"This cemetary for members and their sons and daughters only" is blatantly bloodline-related. It's the unique bloodline that history knows as "Neanderthal", the bloodline shared by each and every one of the United States' Presidents, the single, carefully-husbanded bloodline that runs directly back to King John I of England.

They figured the rubes would never notice.

The words “mystery”, “baffled” and “puzzled” are memes, used, among numerous similar variants, whenever anyone in the wholly-controlled-and-coopted Political, Academic, Scientific and Media establishments wants to lie about, well, basically anything.

Here’s what the article wants you to think a Neanderthal looks like:


While this is, in fact, what a Neanderthal actually looks like: 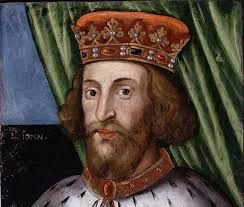 That’s King John I of England, by the way, to whom all the Presidents of the United States trace their maternal lineage.

The parchment-skinned, red-haired Neanderthal King John I of England.

Jul 25, 2013 — A company called ScotlandsDNA claims all people with the red hair gene can be traced back to the first person with that feature;

Over thousands of years, the violent, predatory, cannibalistic, and physically and mentally superior “Neanderthal” took over every nation on Earth, and remain in control today. That’s why the ruling lineages of all the nations have the lightest skins.

The ruse has been played that the Neanderthal “died out”. When the truth is that they killed all the men, and took all the women, forever, until 'we all have a little Neanderthal in us".

The Neanderthal archeological establishment literally put the broken Neanderthal skull fragments back together in a way that showed the protruding monkey snout.

You can read all about it in Jack Cuozzo's "Buried Alive", from 1998. Jack was an Orthodontist by trade, and his research on Neanderthal skulls showed him they lived far longer than we do currently. He thought it was "in the breed", while I think it may be that the etheric environment was far healthier in ancient times, and that led to longer lives for the Neanderthal "Biblical patriarchs".

Now that we've learned that the size, fertility and longevity of any organism vary directly with its etheric environment, we can see that the long, slow, inexorable "Great Work of Ages" that has been the deliberate degradation of the Earth's etheric environment is what has led to life being "nasty, brutish and short", as the folks doing the social engineering wish it to be.

Early on in history, the Neanderthal had been banished up into the alps of Europe due to their unrepentant ritual human sacrifice and cannibalism. You can read all about one of them in the nightmarish book "Beowulf". I now understand why we were all made to read it in Middle school.

Using their superior metal weapons, they stormed down from the mountains en masse and toppled what we know as "classical Greece" in a mass invasion covered by the meme of "the Bronze Age Collapse". Can you see how that's general?

I've got a whole separate book going on the actual history of the world.


Their bloodline has been hidden behind the disinformation memes of "the Reptile bloodline" and "the Serpent bloodline". Those are covers for what is, in fact, the Salamander Bloodline. I believe I wrote three articles on it after I made the Salamander discovery. I'll be republishing those as a single TextEdit document at some point soon.

The "Mark of Cain" is white skin and red hair. Cain’s mother was Lilith, “lily white Lilith”, red-haired Lilith, the she-demon Lilith. While Abel was the son of Adam and Eve. Cain slew Abel in what is hidden behind the meme of “the first murder”, which is a half truth. It was, in fact, the first human sacrifice.

We’re going to have to come to terms with our past, make some constructive changes, and move past this. When and how that reckoning will take place, I’m not sure.

One thing’s for certain, change very often does not take the forms that we expect.