Chris is getting hacked from the forum at the moment (Coach Dooney taught me to register new people and re-register the ones whom the NSA hackers block from posting) and asked me to post the following report about his continuing work in Malawi, which is right between Tanzania and Mozambique. Lake Malawi is enormous and runs for 2/3 of the country’s north/south length, by the way.

and some of us have witnessed similar climate improvements through our systematic orgonite-flinging campaigns over the years. The East Africans’ large scale successes inspire me to get busier next winter, reversing the American/Mexican desert:

Great work always gives forth good fruits that will live long for people to remember. In fact all the works which i had been doing in Malawi has made those people of Malawi to think that life is less important without me. Also i have a co-worker there by the name Leonard Moyo who have greatly expanded my vision abroad with me or without me in the small country.

Really the areas of Namwera in the Mangoche district in the central region have greatly benefited much from our native orgonite in their farming activities. Within the Shire valley since that area is surrounded by dry hilly mountains, that plain Valley had been the food source of that nation, i have been taking much of my times to visit that area though with nonstop gifting which now made the nation of Malawi to have adequate rainfall as other countries in the African continent. Last year from the month of November to February this year that nation greatly received good rainfall till now the harvest was bountiful till other people could not imagine. Even the grass grew till small rural routes could not be identified; in fact i really like the work there.

The two great lakes which also provided them with good fish i also worked on that is Lake Malawi and the Lake Palombe, another key things which made me to concentrate in gifting these lakes is that the river Shire which passed through these lakes goes up to Mozambique after joining the Zambezi River and thus all the works which i had been doing in Malawi ,its impact had been even felt with the people of Mozambique for when you toss the orgonite in the moving water , that water will help in transporting that orogonite even further than you may imagine. I can remember how Christine had been gifting the river Nile in the Southern Sudan.

Zappers which Don Croft had sent last year to one who is now my co -worker Moyo have greatly help people. As you know from the economic point of view that Malawi is a poor country whose Kwacha is very low to the extent that 500 MK is equivalent to $1, they really relied on those zappers for good medication, really i like things which gives good result. That guy also appreciated Don very much for the good heart which help even the foreigners whom he had never met before. Right now i have another good invitation this July and i believe that fabulous works are still going to be realized. Hope to post more reports.

[Am I the only reader who imagines that there are African hobbits in Shire? ~Don]

Its with a lot of joy that the work is going well in Malawi even when i am a way through my fellow whom i found there called Moyo. He had informed me that he got another friend in the main City of Malawi Lilongue called Gracious Kachale. So from these we though it wise also to work with the guys from the city for political reason. so from these its true that if we want one who can help us in gifting around the city buildings like government offices we will get, in fact this is an added achievement.

Today i got the information from the town of Namwera where i gifted of late, in fact there is an hospital there which was having a high number of people who die almost after two days. After the ownership of that hospital realized that there are some bad people around that hospital who is having the majin ( that is evil spirits or the nyawawas) that all the time cause deaths in the hospital to suck human blood. He called me after hearing the issue of the orgonite from a friend. i went and did the gifting around that hospital and now the result is quite flamboyant. The death record have changed to life record something worth remembered.

Another things which i came to learn from those people from the tribes of Chichewa is that they are kind of people who like witchcraft, their desire is always to kill and terminate the success of people with intention to do development. So since i started gifting there life have resumed and people are no longer living under fear.

From all these few but good report, they have invited me to visit them again and i hope quite a number of good things are going to be recorded.

Thank you very much for the good work that you are doing in Malawi, in fact that is why even now they expect you to re- visit them in July this year. Really i know that this time you are going to have humble time to train many of them on how to use the orgonite in crop production. You need also to lecture as many as possible because the more you have personnel the more the work will be deficient. This time i will give you some more zappers so that you may continue using to upgrade the lives of those people. I know by July 21st that you wrote that you will be traveling will get when i have enough zappers for that mission. I really appreciated those people for the purchase of the air ticket that those people had been doing for you, that one is a clear indication of the impact of the orgonite in that nation.

I have been getting good reports from the Malawian people on the good work that i together with my friends have done there. In fact this time i must proceed up to the ares of Blantyre which on the Southern part of Mangoche District and on the Eastern sides of Lilongwe. In fact this is going to give me another opportunity reach the whole central region of Malawi.

The works which i did in Malawi has left them with a lot of fruits to be remembered. I got a good report from one of my fellows whom i was using there to assist me in doing all those duties of gifting and lecturing the locals on the impact of our zappers and the orgonite. The report really encouraged me a lot in the sense that out of our gifting the Lake Palombe, now fishermen have got good quality of fish. In fact Lake Palombe is just a muddy small Lake, before we went to that area of Balaka where that Lake is the people around there all the times have been under problem of drought and continuous famine for the Lake could not produce them good fish and even that muddy lake , also could not give them good drinking water. Really these had resulted to continuous stomach sickness for they water was not good for consumption. Now in fact after our thorough work , all is doing well i.e good water and sufficient fish; greater achievement.

Agriculturally Malawi had been a nation where by the surviving had been very bad due to the fact that they only plant a single season that is from October to February but now the climate has change and even now from the report things have changed and its likely that they are going to have two good season. The climate is quite promising and they may even plant again. Along the Shire valley people are now growing vegetables fruits, rice together with other food crops. So i trust as the time goes all will work well and the country is going to be ecologically stable.

The zappers which Don Croft send to one of my friend the by the name Moyo is helping people much, and the testimony is that many people have got support through these zappers. Really Malawi is still having many forest snakes and for a long time they had been living under havoc because of the poisonous snake bites but now especially those who come from the Mangoche district where i had centered my work is doing well. Thanks to Don Croft, Habibi, Frode Laurent for their tireless effort to support my gifting mission in those countries. 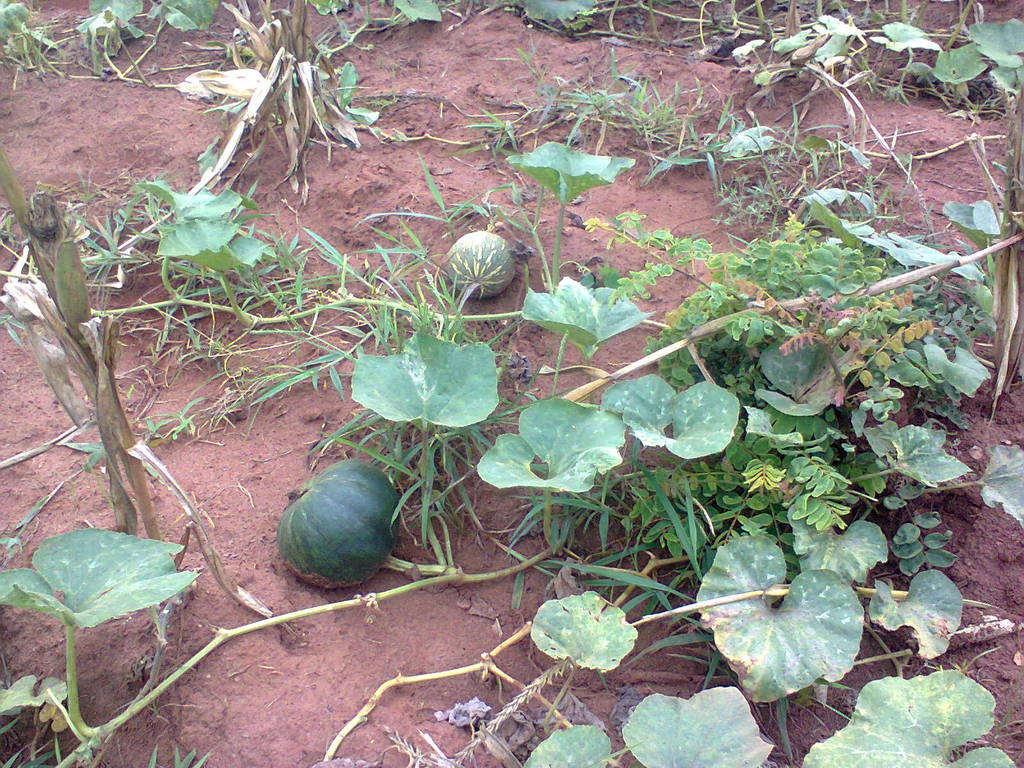 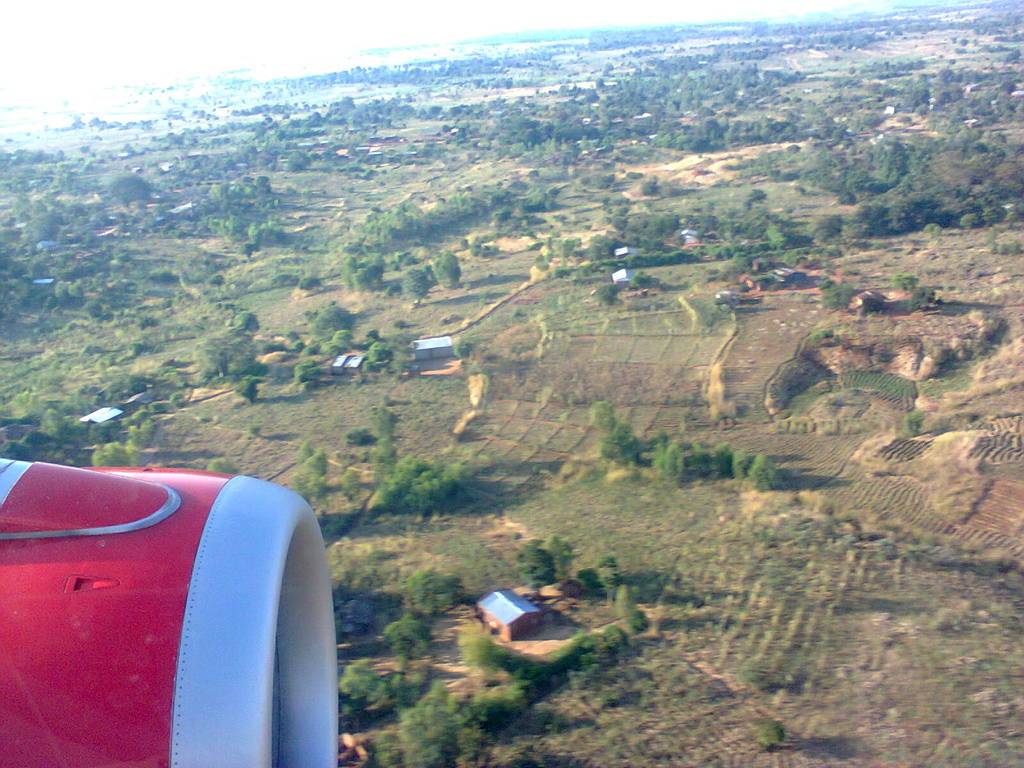 A m preparing to land in Blantyre in my Malawi mission. I have a good time to gift as the plane prepare to land.

Our latest Bilo orgonite had been received with a lot of enthusiasm in Malawi. I sent a sample of this newly made bilpo norgonite to one of our gifters in Malawi , and in fact the result is very much impressive. In fact the report reveals that both farmers and fishermen a long the Shire valley really like it. I believe this time round i will take a lot to them as i will be going likely before the end of this year.

There is a bigger progress I Malawi after the introduction of our powerful bilo orgonite. In fact the report that I have heard yesterday was that the a long the Shire valley, they have introduced new species of Maize plantation which work best in all season due to the application of our good and active orgonite. Already I have another invitation to revisits them in July to see what I can add them to improve in their crop plantation. I also heard that there are some people whom I will lecture on the impact of this new bilo orgonite. Al in all I trust that we are going to move more faster to see that we reclaim these onetime dry places into fertility

The massage which I got from my friends in Malawi is very encouraging, that have received the sufficient rainfall this time and they are going to experience sufficient harvest than before. In fact it’s my greatest happiness that very soon we are going to have a bigger group who are planning us a land to stand orgonite manufacturing plants that can serve the northern part of Malawi. They want it to be situated on the northern district called Mangoche. From this we will have a big production of bilo orgonite and many people will benefit from it.