What caused antlered bucks in North Carolina to nearly double from 2008 to 2017? Why did state deer antler records in South Carolina increase by 33% from 2013 to 2019?

Great positive changes are underway at every level of our reality. They began in earnest in 2012, and have been increasing in speed and magnitude. I began writing this series of articles, entitled "Positive Changes That Are Occurring", in July of 2013.

These historically-unprecedented positive changes are being driven by many hundreds of thousands, if not millions of simple, inexpensive Orgonite devices based on the work of Wilhelm Reich and Karl Hans Welz.

One of those changes is that caribou, deer and elk are booming and burgeoning to unprecedented numbers and size, regardless of geography.

That’s because the size, fertility and longevity of any organism varies directly with the health of its etheric environment.

The number of antlered bucks in Western North Carolina increased 93% from 2008 to 2017.

What caused the number of antlered bucks in North Carolina to nearly double from 2008 to 2017?

What caused the number of state deer antler records in South Carolina to increase by a third from 2013 to 2019?

That’s an average annual increase of 5.5% per year over those six years.

The words “mystery”, “baffled” and “puzzled” are memes, used, among numerous similar variants, whenever anyone in the wholly-controlled-and-coopted Political, Academic, Scientific and Media establishments wants to lie about, well, basically anything. One of those variants is “outstanding”. That’s what a South Carolina Department of Natural Resources article from December 2018 is headlined “State antler records recognize outstanding deer taken in S.C.”

It’s shiftily written, so the impression is mostly “one single deer record set in South Carolina”.

Missouri had a near-record deer harvest in 2017.

The number of deer harvested in Wisconsin increased 6.9% from 2017 to 2018. The Manitowoc Outdoor News said “Wisconsin gun deer season: Harvest up”.

The words “mystery”, “baffled” and “puzzled” are memes, used, among numerous similar variants, whenever anyone in the wholly-controlled-and-coopted Political, Academic, Scientific and Media establishments wants to lie about, well, basically anything. One of those variants is “surprised”.

That’s why the Manitowoc Outdoor News went on to say “Considering the very poor opening-weekend hunting conditions in 2017, this increase is not surprising”, and that "We had just about ideal hunting conditions through most of the season, and many hunters reported significant rutting activity," said DNR Secretary Dan Meyer. "Considering those factors, it isn't surprising that we are hearing good reports from hunters from all corners of the state."

Neither Dan nor the Manitowoc Outdoor News mentions that exponential increase in deer in Wisconsin maps against similar increases being seen regardless of geography wherever there are deer. That’s an example of the propaganda technique known as “compartmentalization”. 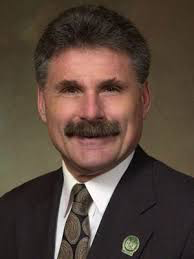 I’ve included his photo so you could get a better idea of what a generational Satanist in a position of marginal influence looks like.

You can’t recognize them by their appearance, beyond their almost-continuous use of supposedly “secret” hand signs. 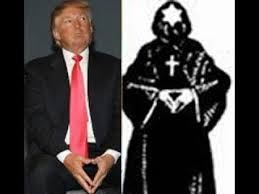 You can only recognize them by the codified, highly-repetitive way in which they speak, and write.

They’re hiding in plain sight in every city, town and village on Earth, figuring the rubes would never notice.

You know them only-generally as “the One Percent”. They are the distinct and separate race that we know as “Neanderthal”. They’re all genetically related to one another. It’s a bloodline thing. As any middle schooler knows:

August 5, 2012 - 12 Year Old Girl Discovers All US Presidents Are Related to King John of England

They’re related through the maternal bloodline.

Here’s what you’re supposed to think a Neanderthal looks like: 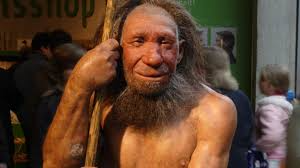 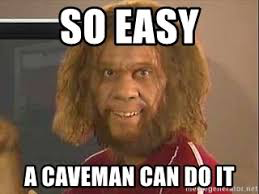 While this is what a Neanderthal actually looks like: (King John I of England, the guy all the US Presidents are related to through their maternal bloodlines)

It’s how the few have controlled the many, well, all the way back to Babylon, and before.

It’s why the ruling bloodlines of all the nations have the lightest skin.

We’re obviously going to have to recognize and come to terms with this if we’re going to make progress as a species. But they say that the hardest part of a problem is realizing that you have one.

The Missouri deer harvest increased 3% from 2017 to 2018, to the second highest level in history, second only to 2012, the year the great positive changes I’m documenting here got underway in earnest.

News Press Now called the 3% increase an “uptick”, and attributed it to “favorable weather” and “the timing of the season”.

There’s no mention in the article as to what caused the quantum increase in the biggest racks anyone’s ever seen, in all history. That’s an example of the propaganda technique known as “stonewalling”.

There’s also no mention that the trend in South Carolina is taking place regardless of geography, wherever there are deer. That’s an example of the propaganda technique known as “compartmentalization”.

In 2018, a bow hunting world-record and Illinois state record non-typical white tailed buck was taken in Illinois that was 5.8% above the previous world record. 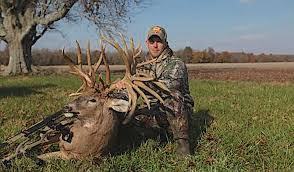 The words “mystery”, “baffled” and “puzzled” are memes, used, among numerous similar variants, whenever anyone in the wholly-controlled-and-coopted Political, Academic, Scientific and Media establishments wants to lie about, well, basically anything. That’s why the Chicago Sun Times called it “a freak non-typical buck”, and why, when asked about the size, Illinois Conservation Police Officer Dan Greuel said “It was so non-typical that I would not even guess,” Illinois Conservation Police Officer Dan Greuel said. “I will attest that it was a big-racked deer.”

The 2018 deer harvest in New Hampshire was 26% higher than the 20-year state average and the second highest in the state’s history going back 96 years to 1922.

Deer-related crashes in Pennsylvania were the highest in history in 2018.

The antlered deer harvest in Western North Carolina in 2018 was the highest ever recorded, an increase of 8% over 2017, following a 10-year trend of “exponential” growth.

The harvest of antlered bucks in Western North Carolina in 2018 was 60% higher than the 10-year average.