Thought I’d put this one here; wider audience. This my CTBusters post for Dec 13, 2009:

Might as well get it on record, here in my blog, so the damn government can someday, in court, whip-out the revelation that in the year of our Ford, 2009, December the 13, Mr. Schwarm did in fact and in widely-published internet communications, declare himself an Anarchist!

I admit it. I hate authority. I always will. (thanks John)
I don’t want to be told what to do, think, drink, smoke, eat, injest, inject, believe in, like, accept or be tolerant of. Leave me the heck alone.

I don’t like being forced through the barrel of a gun or jailtime, to purchase licenses or pay taxes.

I’ve been a sovereign human being since May 19th, 1949 and I denounce any implications associated with my name being spelled incorrectly in all capital letters on my “birth certificate”, “driver’s License” or any other document, suggesting otherwise.

I don’t know all that fancy UCC Code stuff, I just know that no one has me by the neck.

I don’t like and fear cops. I know they are not all “bad”, maybe even most of them are “good”, whatever that means in this context.

This is a good cop: 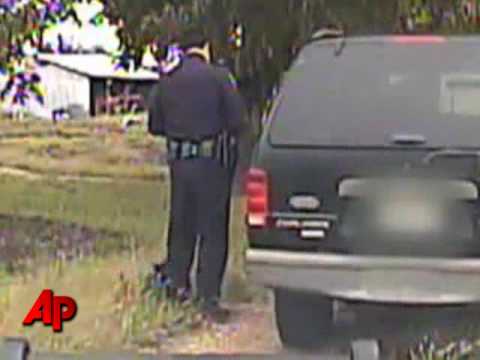 I got an email today from an Australian chap that included this stuff I’m about to show you that was written by an anonymous “Jim”:

——————————
True authority and power is not created and granted by dead inanimate ink and words on paper. That is the illusion and fiction that most people believe and accept from the men and women doing business as so-called government.

This principle is put into practice by asking/demanding from any “police officer” who intends to search you the following suggested questions (off the top of my mind):

I trust you understand the gist of these types of questions. Always place the burden of proof back on the police or anyone who asserts any form of authority, power or jurisdiction.

Nice one Jim. I wish I had the nads to ask any of those things to a cop. We, I should say I, I can’t speak for you, I am afraid of cops. I always have been and I’ve never been arrested. Maybe I fear the unknown. Maybe I need to get arrested so I know it’s not that bad.

Naw. I’m claustrophobic. And I hate being manhandled, I’d probably freak and get tased.

If a cop pulls me over my heart starts to race and I sweat. Even if I know it’s for ten-over or a tailight. And all that nervous-looking sweating business makes it look like I have a body in the trunk or worse.

So today I’m thinking about personal freedom, or the lack thereof. All the BS security crap makes anarchists like me nuts. Knowing it’s ALL based on false-flag attacks and perfected mass-hypnosis-propaganda-mindfuckery makes me REALY nuts. Everywhere I look I see lies, disinfo, naivte, stupidity, gullibilty, ostrich-like head in the sand crap that makes me just crazy. I’d like to bitch-slap all the sleepers into awakeness but I’d probably get arrested. :O)

That spiral-thing happened what, four days ago and it’s off the radar already. Or maybe that’s part of the Bluebeam op. Show a teaser then snatch it back claiming “nothing to see hear folks, just an ICBM missle fired from a Russian sub, right-off the coast of Norway (NATO) without a fuss from anyone” when there obviously is something to see.

This looks suspicious when TPTB claim something farcical, as in this case, so suspicions are raised. But are they the right ones? Are people thinking, “The aliens are coming, the Aliens are coming” or, are they thinking, “God! It’s God! I see God!” (that’s a line from a Firesign Theater or Frank Zappa album, I forget which) So, was that Spiral Act One? I think so, stay tuned on that weirdness. Me, I’m sure it’s man-made. CERN abd EICAT are nearby.

Remember Reagan said wouldn’t it be cool if aliens invaded Earth and we were all brought together or to fight a common enemy, and remember Project Bluebeam, which is a plan to project holograms in the sky of the second-coming, ushering in the New Wolrd Order religion, or some such nonsense.

I just checked Wikipedia for Project Blue Beam and it’s been pulled! Look for yourself!

It’s all crap. Leave me alone. Don’t need no government, religion or advice.

But I’ll go along with the crowd if sane people take-over and it all makes some sense again.

I’d give-up anarchy if we could elect regular people (like me and you) regular folks (no lawyers) to run a not-for-profit, limited government, based on common sense. And Love.

I read somewhere that 100% of the Senate is Illuminati and over 80% of the Representatives are too. Let’s get rid of all those freaks and hire butchers, bakers and orgonite makers.

Have a great week.