I’m very sorry for what is happening in Central Italy, in the region of Abruzzo:

The earthquake had been predicted by the Italian engineer Giampaolo Giuliani but he had been ignored and reported to authorities for spreading panic among population. He maintains that it is possible to forecast an earthquake by observing the variation of radon gas, so he had alerted the authorities weeks before the earthquake. This is the youtube video in which he talks about the possible disaster: 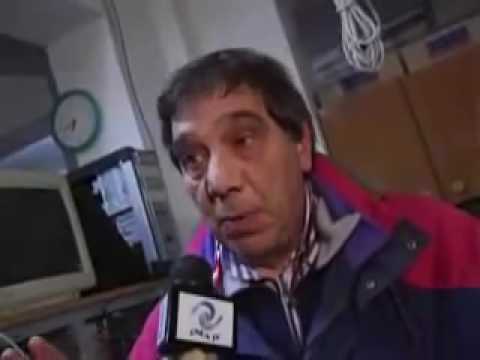 This is an article in English talking about his warning:

I understand what people are suffering there because a similar disaster happened in Southern Italy in 1980, when a terrible earthquake caused great destruction and loss of lives. I myself was nearly dying and still don’t know how I survived.

I want to remark that mr. Giuliani works on a bigger underground facility of CNR ( national subatomic research center) located under Mt. Gran Sasso d’Italia, one of the biggest mountain of center Italy, very close to earthquake epicenter. (really UNDER)

this huge laboratory is “friend” of cern of Geneve, because they’re working to join both with a tunnel (700 km) to shot particles from mountain to geneve by accelerators collider.

some years ago one gifter friend of ours gifted a bit the mountain, but there are not gifters active at the moment.

this facility, and local areas needs a very huge gifting!

ROME, April 6 (Reuters) – An Italian scientist predicted a major earthquake around L’Aquila weeks before disaster struck the city on Monday, killing dozens of people, but was reported to authorities for spreading panic among the population.
The first tremors in the region were felt in mid-January and continued at regular intervals, creating mounting alarm in the medieval city, about 100 km (60 miles) east of Rome.

Vans with loudspeakers had driven around the town a month ago telling locals to evacuate their houses after seismologist Gioacchino Giuliani predicted a large quake was on the way, prompting the mayor’s anger.

Giuliani, who based his forecast on concentrations of radon gas around seismically active areas, was reported to police for “spreading alarm” and was forced to remove his findings from the Internet.

Italy’s Civil Protection agency held a meeting of the Major Risks Committee, grouping scientists charged with assessing such risks, in L’Aquila on March 31 to reassure the townspeople.

“The tremors being felt by the population are part of a typical sequence … (which is) absolutely normal in a seismic area like the one around L’Aquila,” the civil protection agency said in a statement on the eve of that meeting.

“It is useful to underline that it is not in any way possible to predict an earthquake,” it said, adding that the agency saw no reason for alarm but was nonetheless effecting “continuous monitoring and attention”.

As the media asked questions about the authorities’ alleged failure to safeguard the population ahead of the quake, the head of the National Geophysics Institute dismissed Giuliani’s predictions.

“Every time there is an earthquake there are people who claim to have predicted it,” he said. “As far as I know nobody predicted this earthquake with precision. It is not possible to predict earthquakes.”

Enzo Boschi said the real problem for Italy was a long-standing failure to take proper precautions despite a history of tragic quakes.

“We have earthquakes but then we forget and do nothing. It’s not in our culture to take precautions or build in an appropriate way in areas where there could be strong earthquakes,” he said.

Today i see in a Spanish newspaper this interesting satelital map where show the epicentre.

Maybe danger installations in this zone?
Seem the Preturo meteo radar is near. [http://czech.wunderground.com/global/st]

Web and good quality:
[http://www.esa.int/esaCP/SEM4PJ9NJTF_in]
and

Is all this shit gifted in Italy?
http://www.radiomar.net/QTHen.htm

Je, that shit is not yet gifted, because there are not gifters in Abruzzo region, and i don’t know anyone there.
i ask from our italian forum if someone could do the work, but will be not easy, the installations, up and underground are many.

Don told me that on sunday’s chat we’ll see how is the problem, and we hope someone will do some gifting.

Hola Je, Davide already said what the problems are with the gifting of that part of Central Italy, we also discussed about the Preturo weather ball and the Gran Sasso UG laboratories some days ago. It’s really a pity that there’s no active gifters there, as far as we know.

Another important target in need of good care is the Fucino Teleport, the largest in the world, very close to L’Aquila and the Gran Sasso: