I wanted to share some pictures taken between 2000-2002
to illustrate why we’re here.
Scores of disinformation artists and Fear-Mongers have tried and continue their attempts to put fear in the populace about Chemtrails…
fact is folks, we don’t have the problems that we had some 10 years ago…
the photos included here should expose every fear monger’s agenda.
Look at these photos and then go outside and have a look at your sky.
Thank you to the DO’ers !!
We no longer have the problems shown in the photos in this post.
The DOR is gone now. I’m sharing these pics as documentation of what we’ve been able to do… where we’ve been…. how far we’ve come.
I challenge anyone to produce New pictures of the conditions photographed below 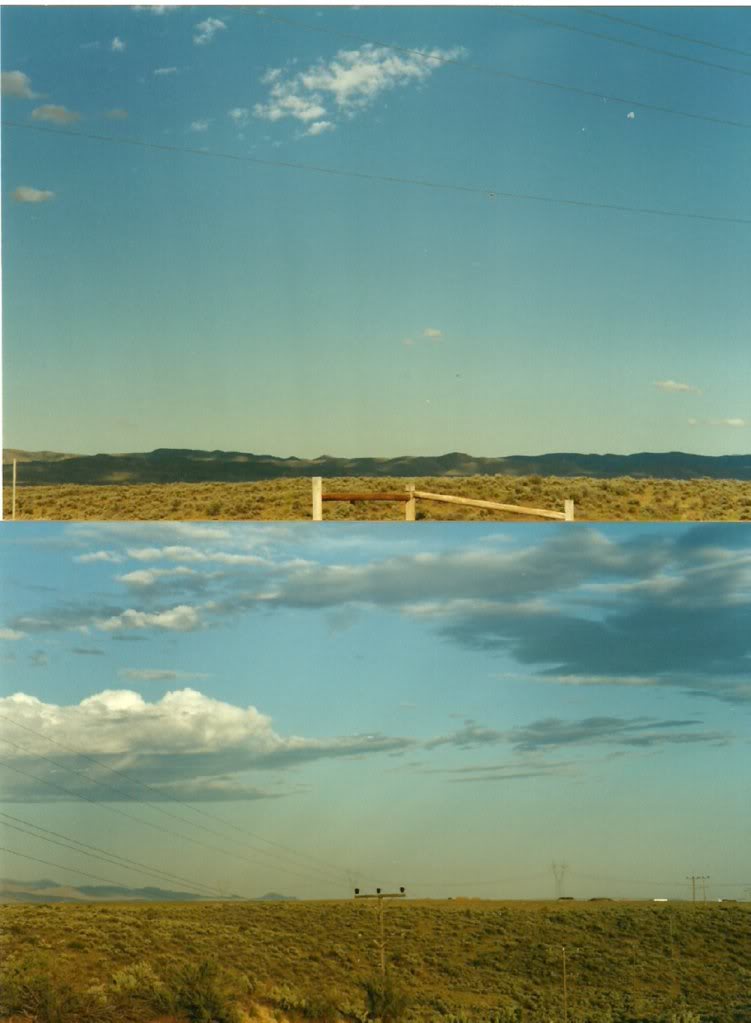 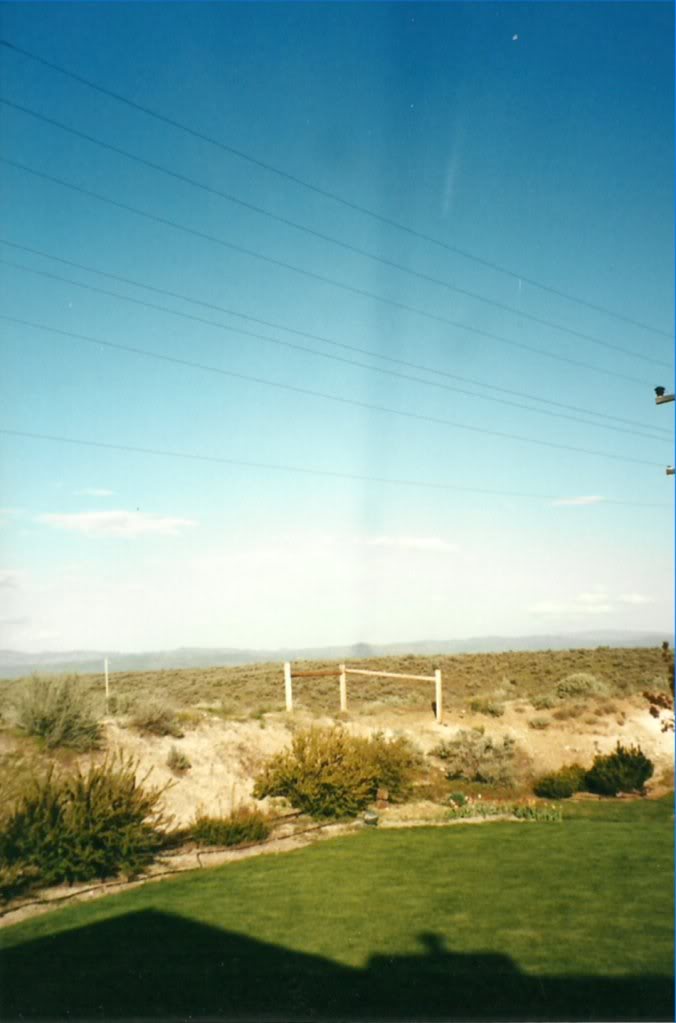 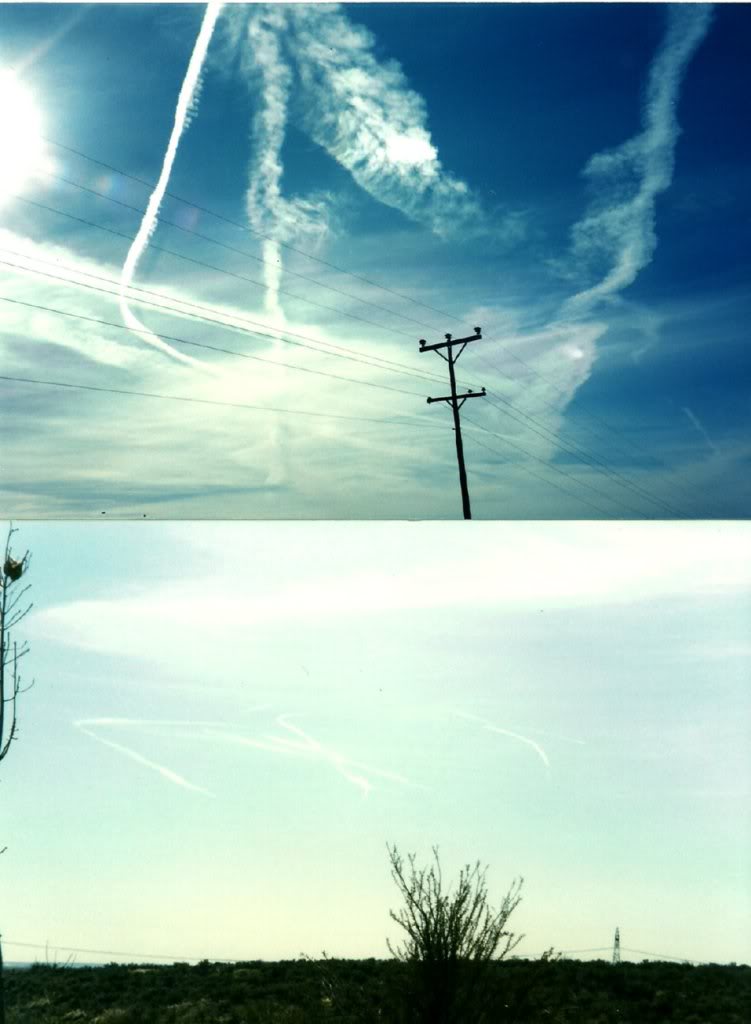 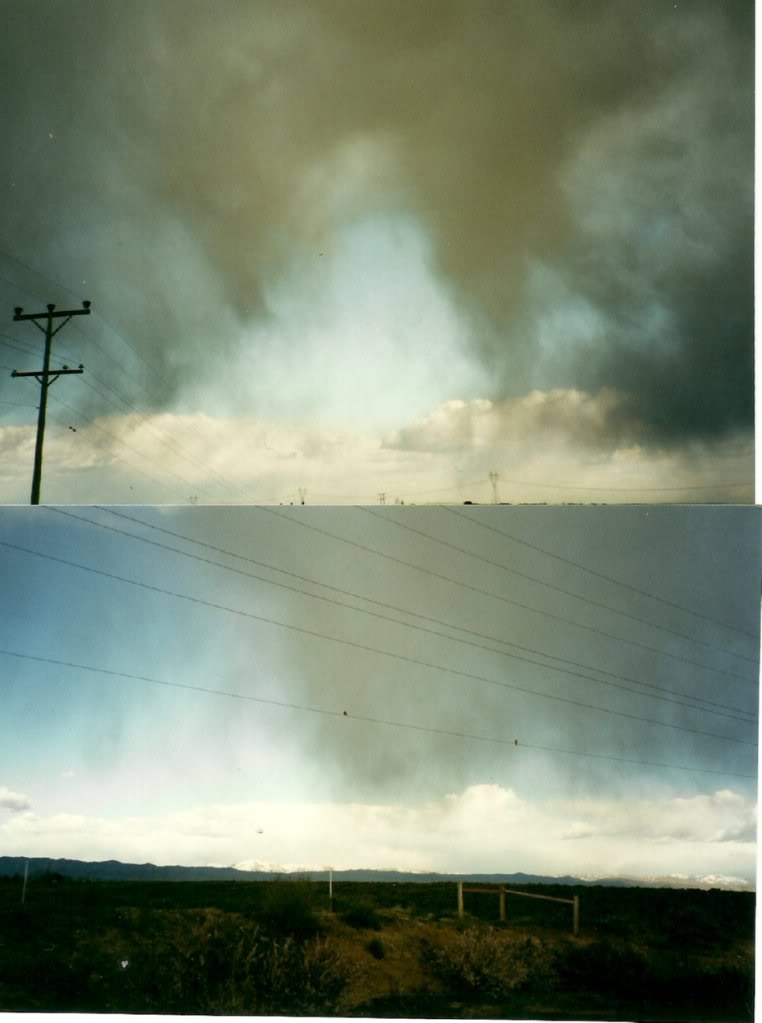 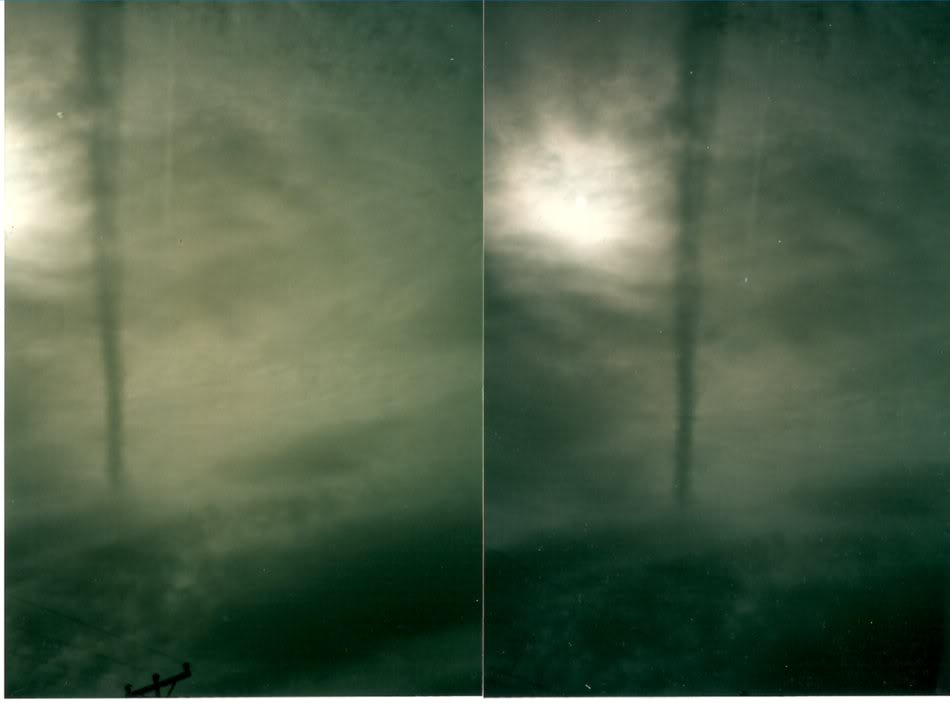 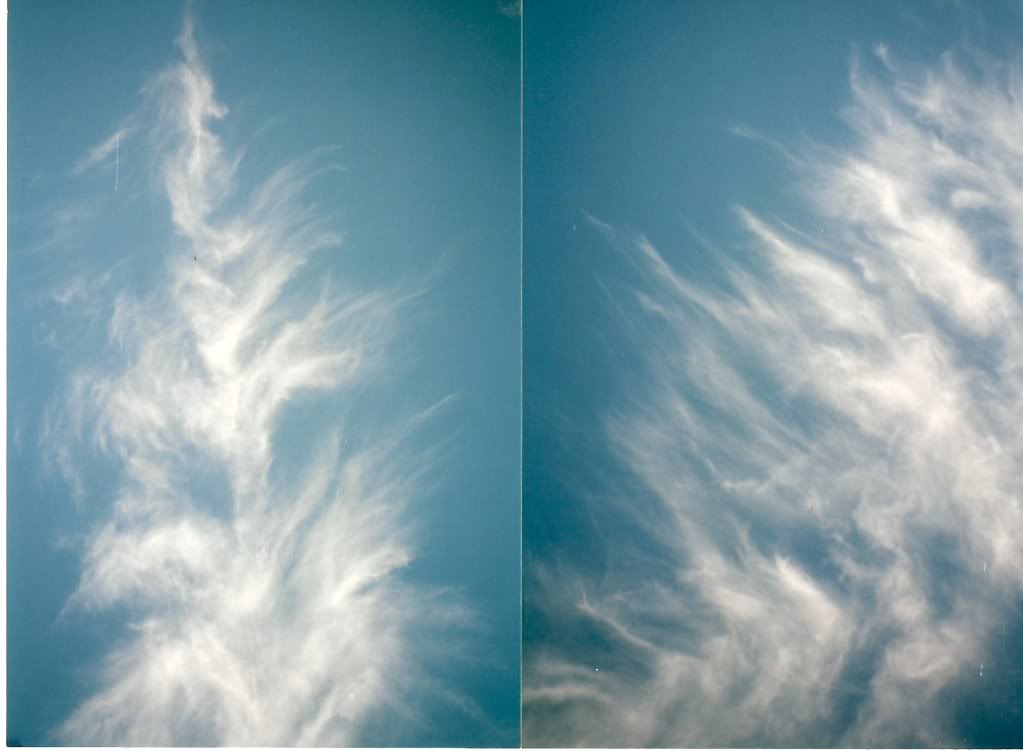 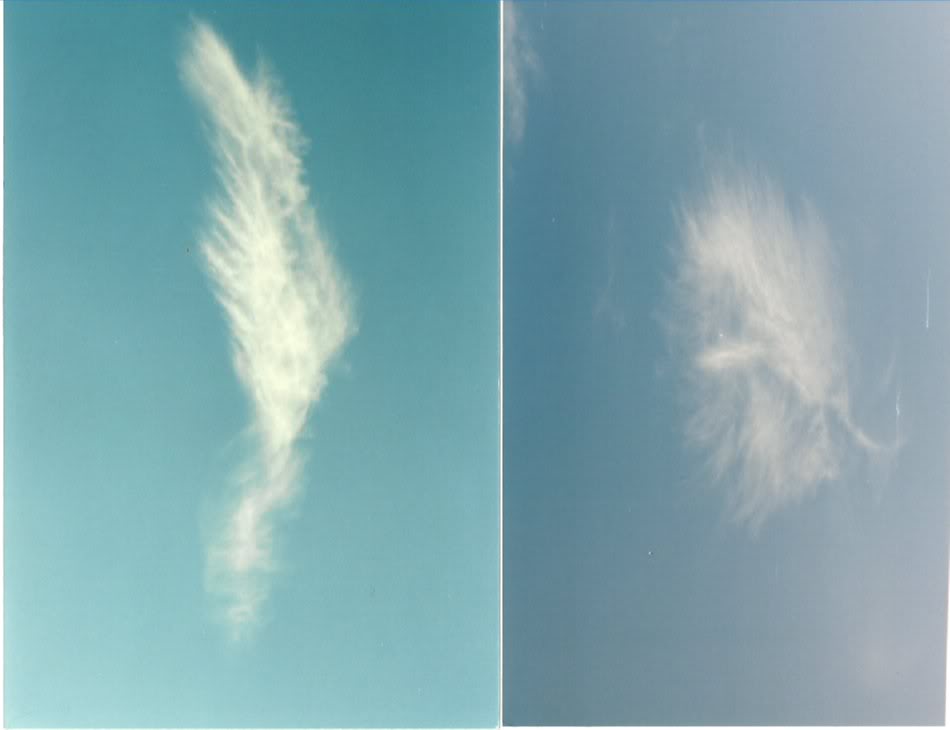 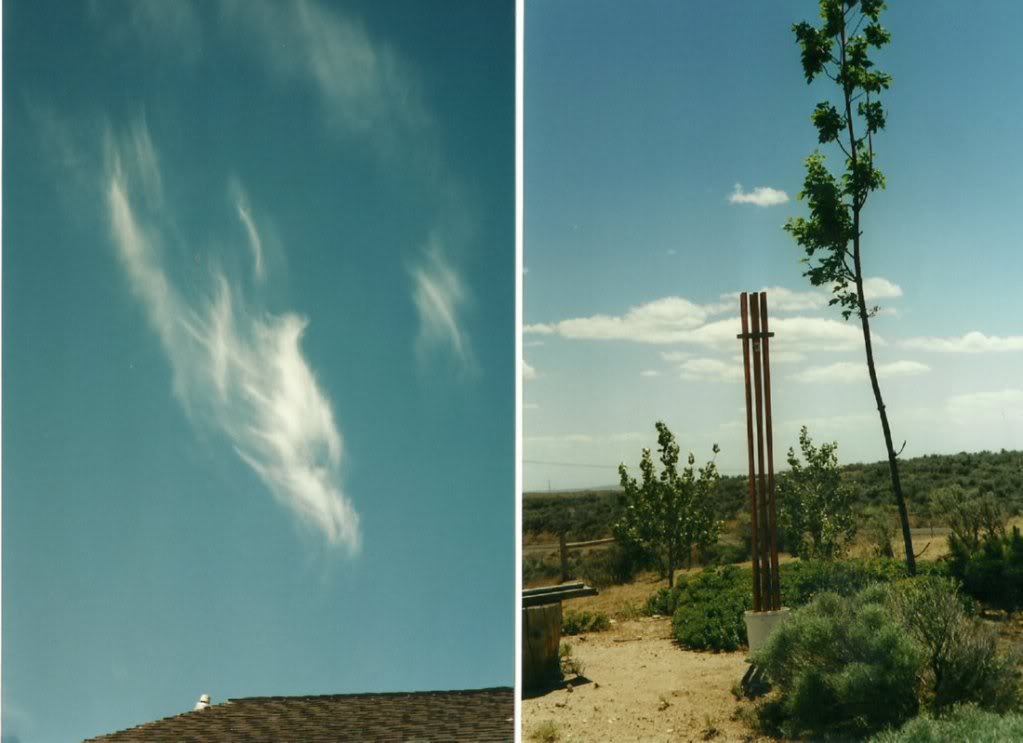 Forgot to mention,those pics are from 2006.

By the way,one of your pictures inspired me to post a picture, I had made in winter 2006 in Sweden.

but I still don’t see the sky blacked out with DOR
Sylphs are nice… but exposing the fear mongers is about the DOR conditions not seen so much now…
of course it is still important to gift and bust the towers. there are pockets of DOR conditions… but nothing like we saw 8-10 years ago

my point here is that the heavy saturation of DOR is not even possible today in any place I’m aware of.

We don’t have the same problem with brown in the sky now, but we do have a problem with white in the sky. in the movie “what in the world are they spraying” they prove beyond a reasonable doubt that there is aluminum, strontium, and barium in the CTs over Shasta and East Maui. It looks white and keeps the visibility low. like in your 3rd picture.
My friend in Connecticut sent me these pics from mid Nov. 2010. Less intense than the worst of your 10 year old pics, but showing we are still not done gifting.

The main purpose of the CTs may not be to poison us although the metals would slowly harm people, and not necessarily just in the respiratory system.
They could be trying to kill the vegetation so that beings of the forest have nowhere to live, or there could be a conflict between various EBs that use CTs for some purpose, or communication for the military, or etc…
Speculation out….

Nice pictures David
There is some evidence of needing a cloudbuster in your last photo. (in the distance)
gifting is still important to do of course but even in the top picture, there isn’t visible saturation of DOR
so the jump in breathing disorders, that jumped 40% in 1 year (between 2000-2001) is a thing of the past.
what is the suspension time frame for those particles you mentioned? bottom line, we don’t have the problem that we had previously.
The agenda seemed to have a dependence on DOR. In areas where DOR is balanced very quickly, we just don’t see so many “mindless droids” causing problems…
we aren’t done gifting, that’s certainly a fact

but CTs serve 1 purpose for me, it shows me little areas which need attention…
it isn’t necessarily where they are sprayed, it is what happens to these CTs which indicate the pockets of DOR which still need gifting
for those who don’t yet see energies, the continued spraying can be used as an indicator to all of us…
watch for areas where CTs spread into a “wash” where they are not well articulated lines… this is indication DOR conditions…
a CB or gifting the towers in the nearby areas should show immediate results in this pocket-whiteout condition.

but i believe the days of horizon to horizon whiteout is done and over with.
certainly, if this is being seen, it is important to focus some major attention in these areas.

I remember driving from my house north of Boise in 2002, the sky was an absolute blackout.
DOR Clouds, mixed with whiteout, extremely violent winds. I was witness to a 3D DORstorm act of war.
i very carefully made my way through traffic and drove to my relative’s house (where my above photos were taken)
This place is a fair distance away from Boise… and when I came within 10 miles of his house, the sky opened into a Deep Vivid clear blue sky…
The DOR Storm split as it moved in… the clouds went by to the south and some to the north but the blue hole was perfect evidence
of the DOR which made this storm different than a weather anomaly.
I also want to mention my father took these photographs with his 35mm camera with no filter.
when I scanned the pictures in, i notice the brightness went up just a little bit… but i didn’t want to mess with the photos in any way
so the pictures i presented here are very very similar to the 35mm photos that we’ve kept safe since 2000