Don Z sent me the following. Lest we forget, it was GM who stationed US Army machine gunners in its factories during the ‘really Great depression’ to prevent them going on strike. Meanwhile, Ford, where workers had always been paid a living wage, didn’t have to contend with any strikes at all

The US used to have a well developed
electric street car system.

What happened to these street car lines
which could be found in every city from
Boston to Los Angeles?

General Motors & friends bought them
up and destroyed them.

Not a conspiracy theory.

That’s how we grow. Thanks.

Thanks for bringing up the underbelly of GM in this thread. The movie Who Killed the Electric Car is an explosive expose on how corrupt the leadership at GM really is. You all will have to decide for yourself after watching it whether GM should be bailed out and refinanced by the us taxpayers. Personally what GM did to it’s Electric car and to the american consumer is inexcusable and they should not be helped at all as they struggle to stay in business. If I were the employees I would buy GM in Bankruptcy and start making the all electric car as an employee owned company and without a crooked union to boot. As you will see in the movie the battery technology is already here to give us an electric car that most Americans would be happy to drive.

Writer/Director Chris Paine’s documentary feature film Who Killed the Electric Car? premiered at the Sundance Film Festival in 2006 before its release by Sony Pictures to critical acclaim in 100 U.S. markets. The film was the third highest-grossing theatrical documentary of 2006 and screened with An Inconvenient Truth in many markets.

Currently in wide DVD release, PaineÃ¢â‚¬â„¢s film investigates the events leading to the quiet destruction of thousands of new, radically efficient electric vehicles. Through interviews and narrative, the film paints a picture of an industrial culture whose aversion to change and reliance on oil may be deeper then its ability to embrace ready solutions.

General Motors Killed the Electric Car and it belonged to them too boot.

This movie will disgust you and turn one to loathe GM and it’s executives. I’m trying to think of an analogy to how I feel about GM after viewing the movie. Maybe someone can think of one and post it.

If you haven’t seen this movie you really should. Eric

“Electric cars travel 300 miles on a charge, b) can be fully charged at home in one hour, c) run for the equivalent of 60 cents a gallon, and
d) have the same speed and acceleration as normal cars are not available for sale.”

Not bad! And they don’t make any money on spare parts, fraction of what they make servicing oil engines. 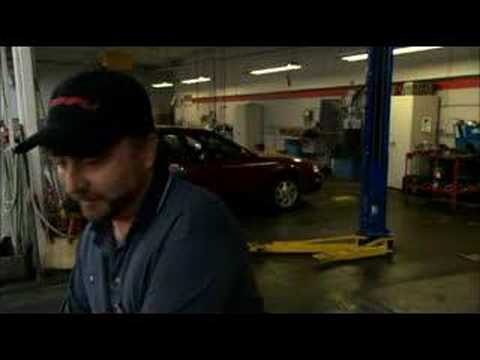 Suppressed technologies: Another reason we don't have electric cars

TV about what's REALLY going on.

“The Pogue carburetor was tested in 1935. A V-8 Ford coupe, driven from Winnipeg, Manitoba to Vancouver, B.C. Canada, got 130 miles per gallon. The government grabbed the carburetor and put it on the Sherman Tank, as WW II began. The tanks got 70 miles per gallon.”— Occult Science Dictatorship: The Official State Science Religion and How to Get Excommunicated by William Lyne

Heheh, after the CIA stops murdering and extorting free energy device inventors, maybe as soon as we discard the US Goverment and all of its other subsidiary criminal syndicates, imagine how many corporate fat cats will land in $#!+ with their golden parachutes

Will the Rockefeller-sponsored environmentalists still be whining about electric cars and cow flatulence, then?

Amazing what technology is already out there, this is a bit on the battery

From GM to Chevron to oblivlon
'The battery problem has been largely solved and not just in theory, but in production.

Then GM bought its way in as a condition for using the battery in its cars.

Then it sold its share in the company to Chevron.

And now the battery is gone. ’

Thx, Eric, John and Rich. I think I came off as dismissive and I’m sorry about that. Actually, most of the free energy tech I’m aware of can generate a lot of electricity, so of course electric cars are viable. Bill Muller’s magnet engine mainly generated electricity, though his prototype in the basement was also generating 400HP at the axle. I literally couldn’t get enough of playing with that miracle device during my visits.

Tesla’s own electric car was evidently powered by a few vacuum tubes in a shoebox, hooked to a powerful A/C motor under the hood and the speed of the car was only limited by the condition of the roads–a little different from the stuff we’re seeing on the road today

Apparently, most of the less self-seeking free energy device inventors network with each other (Wilhelm Muller told me he stayed in touch with five other successful, inventors in British Columbia), so when the CIA stops harming and threatening them I think the US Patent Office, GM and other bloody horrors will just fade away in the presence of the ensuing grassroot dissemination of inexpensive free energy tech, probably including good batteries along with it.

Having been introduced to this awesome paradigm through knowing one of the inventors I sometimes have to remind myself that this is not a common experience, so a lot of people who read my comments about this are afraid to believe me. I suppose it’s worth mentioning this stuff, though.

A couple of years ago, for instance, I started beseeching my readers to start considering secession as a route out of fascism in America. Now, even half a dozen state legislatures have laid the groundwork for secession. I’m not an egoist, so I don’t infer that my comments moved those legislatures but I have seen, again and again, that the power of utterence goes far beyond influencing just the listeners, most of whom may feel inclined to crucify or flay the ones who first bring up genuinely creative ideas publicly. If less than one percent of those legislators had ever heard of orgonite or us I’d be impressed [Image Can Not Be Found]

Lots of our readers, these days, are quite substantive and send me good, usable information. If you wonder just how disgusting and infuriating General Motors is, check this out, for instance [Image Can Not Be Found] :

What if a battery existed that allowed
you to drive your car for 300 miles
on a single charge?

That would easily take care of most
people’s daily commuting needs.

Unfortunately, we’re years away from
having a battery like this right?

It exists, or rather it existed.

GM acquired the company that owned
the technology – in producing, not
on the drawing board – and then GM
sold it to Chevron.

That’s how we grow. Thanks.

The Chicken Littles who insist that our economy is already doomed fail to consider that humans are essentially creative and can be moved to cooperate with each other without a lot of coaxing.

Cooperation will be one key to keeping the old parasitic corporate families from trashing the global economy. Another key is the Chinese gov’t’s compulsion to keep a billion Chinese from becoming discontent, which means they have to keep growing the economy and enabling generally increasing prosperity there. The process of growing prosperity also grows world peace and even unity.

Even though the bloated, oppressive parasites at the top levels of General Motors stand to lose everything but the gold they probably stashed away the company, itself, could easily be changed to produce free energy engines and suitable cars in short notice, the way they changed to produce tanks and military vehicles right before WWII.

If the employees were given ownership of all the major corporations our heads would spin at how fast solutions and creative interactions between the corporations would emerge. As the corporate families continue to disintegrate and as their global genocide and desertification agendae continue to be undermined the creative forces within humanity will continue to be unleashed. The fact that the What To Think Network and academia won’t mention any of this shouldn’t ever dilscourage you from participating in the process

Remember that gifting is only one aspect of this enormous push toward the maturity of our species.

I really think the key to the next level of manufacturing is in China, though, where nanotech and robotics are evidently already in place, judging from the way ‘cheap Chinese carajo’ shows up everywhere. If you look at some of the electronic stuff carefully you’ll see the evidence.

Russia is also capable of producing extremely good quality stuff inexpensively. It’s really not all about slave wages, as the What To Think Network would have you believe. People don’t make good stuff when they’re only earning slave wages, any more than the FBI and CIA are gettting ‘information’ by torturing thousands of innocents and patriots to death in Abu Ghraib and Guantanamo.

Remember when Japan was annoyingly sending ‘cheap mass produced $#!+’ to America and Europe in the 1950s? I do. When do you reckon the Japanese stuff turned out to be superior to ours and the Japanese achieved a good standard of living? It happened without any fanfare, in fact, as it’s also happening in China, a little more gradually. I think the mainland Chinese might outstrip the Taiwanese this way, before long.

The disinformants want us to believe that the ‘world order’ is going to reduce Americans to the economic level of the average Chinese. What’s really happening, obviously, is that the entire world is moving toward universal prosperity. The AlGores and all the other nauseating, corporate/academic/media mavens of doom and destruction are failing to keep this simple truth covered up.

The real news is never in the headlines or on the front pages, after all. ‘Alternative’ stuff is usually ennervating disinformation, too. It’s not hard to find the good news but one has to be a little bit detached and watchful.

Here’s a link my pal Richard sent me, sounds extremely interesting, “the future of free, clean energy based on Schauberger’s vortex (implosion), but using air not water?”

Thx, Paddy. Muller told me that one of the inventors in BC whom he knew is Viktor Schauberger’s son, who apparently had replicated his father’s success with the water-based free energy tech, the basic shape of the device being identical to a kudu’s horn. I don’t know if was the left or right horn but Carol and I brought one of those back from Namibia.

I think we’ll all find out everything as soon as the CIA and MI6 stop exttorting and murdering these inventors.

The chat effort, today, showed some promise: Carol led a boosting excursion to ‘grease the skids’ for six or seven US states to carry through with their plans to secede from the union. New Hampshire is apparently farthest along in that process. That will quickly put an end to the vast, murderous CIA, which will also probably put an end to MI6, MossadomitesÂ®, the real KGB, etc. I think the old Illuminati fartknockers have a lot riding on the increasing, grinding power of the US federal gov’t and this will pull the rug right out from under them. Federal pratfalls are more desirable than a series of their false flag nuke attacks on US cities, after all. Also, we can laugh at the feds when they’re on their @$$es but it’s not funny at all when they succeed with their mass-murder false flag assaults on innocent Americans.

I bet there are a hundred different free energy engines ready to mass produce at the moment, many of which we can likely build in our garages cheap.