My First Visit In Paris

Finally I found these pictures again, this was in 2008 end of march, it’s been quite a long time I wanted to show them here but had to go through a lot of lost data to find them again (I deleted loads of pictures by mistake [Image Can Not Be Found] ), I just find these things creepy!
How can people find the Notre Dame Cathedral in Paris a nice spot to visit with such horrible sculptures…
Naturally I dropped about 10 TB’s in the Seine river that was around it. I hope I’m not the only one who gifted that place.

I don’t really know what sense to make out of this, I don’t know religions in details so I just comment on things that I found really creepy.
And I’m sure I’m still missing many details.

It just seems to me that humans are depicted as slaves throughout these sculptures…
Click to get the high resolution pictures.

Why is that guy on the right standing on a human? Why is he bare foot and the others have some kind of socks… And his toes seem broken, but that might just be due to natural deteriration. 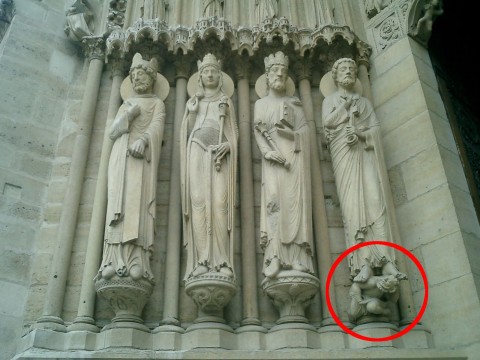 Why is the head of that guy cut?? and the 2 angels (or winged beings) looking at him. also he’s also standing on a human. Is that circle where his head is supposed to be some sort of halo?
The creatures under them look like some sort of dragons… 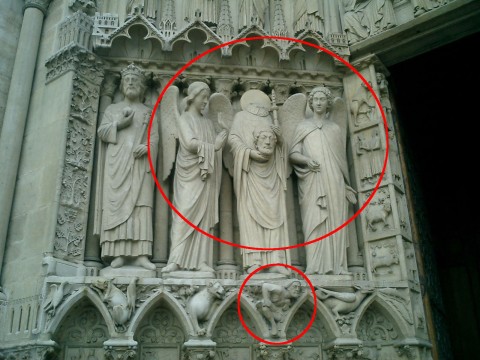 There nearly all the people are standing on humans… I don’t even want to comment on what’s on the top, devil faces sitting on stacked humans. 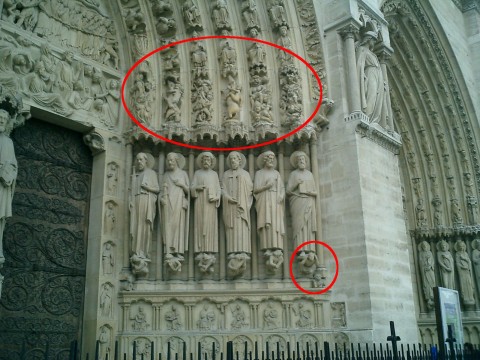 That is just on the left of the previous picture. The creatures under the feets of the guy are very weird?
Then again some kind of devil face on top next to a balance next to an angel?
on the right a devil looking creature pulling humans attached to a rope?
On the left some figures that look more ‘royal’ should I say? 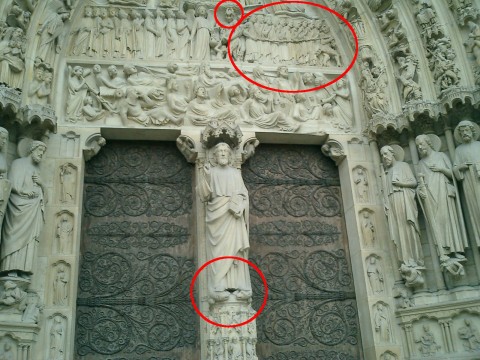 Again all the ‘saint’ figures standing on humans (except one)… and the guy on the left has his both hands cut…? 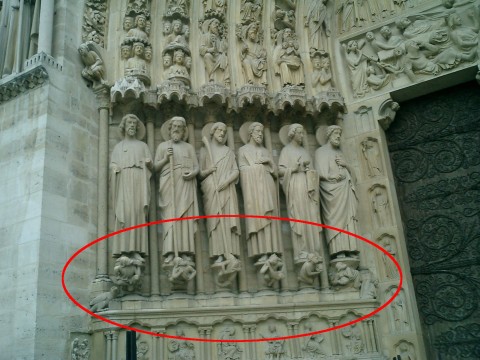 LoL and the rest is just funny obervations.

This was one wall picture inside Notre Dame, I enhanced it to show what’s on top.
I don’t know much about christian religion, so I don’t even know who are the main characters. Anyway, there are 3 beings on top of them and I’m nearly sure these are not mentioned in the bible… 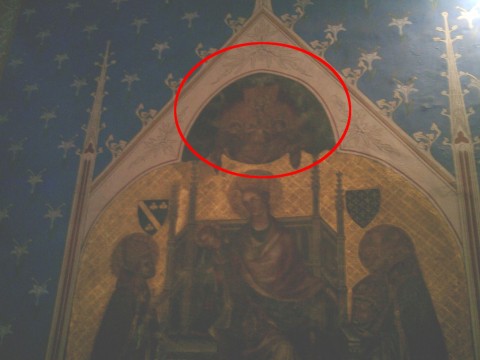 I was suprised when I enhanced this picture to see an Orb on it. 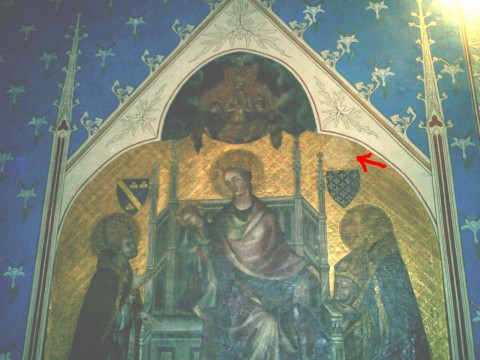 Lastly one very curious thing, why does the obelisk in Paris have egyptian hieroglyphs on it… I remeber david wilcock saying things about it, but I can’t remember what? had to do with the pineal gland or something. 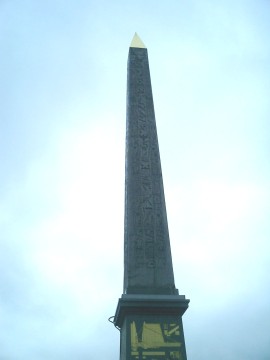 Well, that was my first visit in Paris (I was there once when I was 8 years old, but well I don’t remember anything except the eiffel tower)…