I got an email from an Argentine guy who lives in NYC telling me that in the past couple of years, many trees in the NYC area have been dying and most are sick. He told me that he’s been trying to contact Ken Adachi for over a year now, with no response and that his email to me was his last effort, since he’s tired of thinking about this, and its affecting his sleep. I can´t post my direct correspondance with him here since its in Spanish, but he sent me some of the emails he had sent to educate-yourself.org and some pictures describing the situation. Has anyone in the NYC area experienced this phenomenon?

How are you? Good here in the middle of the supposed worse Nor’Easter ever. I don’t know if its simply me but this really doesn’t seem so bad. Maybe I just tend to live in higher elevation areas. I guess I’ve just stopped believing in the news and in people that take the news as gospel. Either way I just was emailing you to remind you about the pics and all my previous emails. You know about the Dead Trees. Please forgive me for being to pushy about this but I guess I just feel strongly about it. I was doing some research yesterday on the NYC parks dept web site and I have a strong feeling that they are going to blame this on the Asian Longhorned Beetle. I remember reading about the beetle many years ago but never really seeing the damage that was reported. Now that we are going to see SERIOUS damage this spring, I’m sure that the beetle is going to be the culprit. The most serious and compelling evidence that it isn’t the Asian Longhorned Beetle is that whenever a power line runs thru a tree, the branches in closest proximity to the power line die. The result looks as if the tree has been pruned to avoid the lines. You can see that situation clearly in the pics I’ve sent you.

As of yet (April 16, 2007) the trees have no leaves on them with only the occasional cherry blossom. The grass is trying to take hold but in some places it seems like the leaves that fell last winter still haven’t decomposed. Looking at it reminds me of a wasteland. The earth after a forest fire looks in better health. 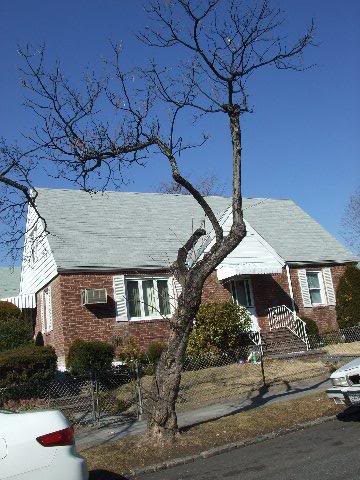 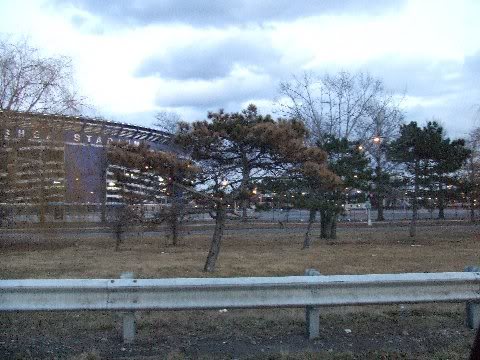 Christian also sent me some pictures of the skies over his cloudbuster, full of sylphs and pathetic chemtrails, here´s one: 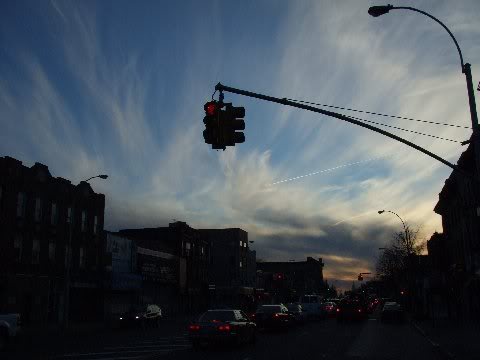