The principal use of TBs is indicated by their name: tower busters Don has frequently averred, that for this primary use, they need no frills: a single quartz crystal, metal shavings, and resin make a quite effective TB.

Spending time trying to"soup up" TBs or HHGs, and even more time discussing with others the process, diminishes from time which could be available for making orgonite and gifting. This, as I understand it, is Don’s main concern. But there is another reason why simplicity is best when making orgonite.

The experience of the past three and a half years has made it quite clear to me that there is a strong psychological tendency inherent in most orgonite makers to experiment: to adulterate with coils, with magnets, with electrical vibration, with additional stones besides quartz crystals, with additional metals, with new configurations of crystals, and this is but a short list.

There are various degrees of orgone sensitivity. Many people sense orgone not at all, or at least are not consciously aware of it. Another group, nearly as numerous, if not more so, sense it in some degree. This sensation manifests itself in different ways, such as a prickly sensation in the skin, a feeling of heat or cold, involuntary muscle movement (as in "water witching"), headaches or aches in other parts of the body, visual observation of distortions above pipes in a CB, aura colors above orgonite devices, direct sensation through "extra-sensory" organs in the body (such as the "third eye"), etc.

But the most common forms of sensation give to the user a sense of the strength of orgone phenomenon without the quality. In the process of developement of orgone sensativity, the subject normally perceives first how strong an orgone source is, and only later whether it is of positive or negative quality. It is in fact more likely, in my experience, for an orgonite innovation to be negative rather than positive.

The old physicians’ dictum is quite applicable here, in regard to innovation:

FIRST DO NO HARM! 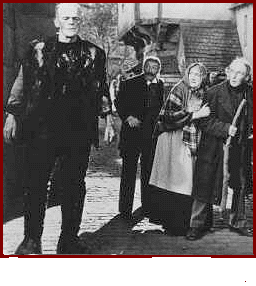 Thanks, Kelly. There are only a few people who are able to sense the quality as well as the strength of subtle energy and only a few of those have enough personal integrity not to abuse the gift. After almost six years of networking I only personally know a half dozen of the latter, including Kelly, though I’ve tried to work with fifty or so who have the gift.

These few are precious assets to the network and I defer to their findings because their reputations are solid,. Self sacrifice is one of their primary character traits and I"m not worried that they’ll abuse our trust. There are a few people in the world, like these, who just aren’t motivated to have an advantage over their fellows or to have a following.

As Laozu Kelly has demonstrated, he won’t share a finding or recommendation without also sharing how he arrived at it through experimentation. I wish everyone could see him in action because if you saw it, as we have, you’d know for sure that he’s motivated by intense curiosity, self discipline and an unbelievably persistent urge to heal the earth.

One of the benefits of being in a network that’s made up of independent people is that when consensus is reached it’s that much more precious. Everyone can and should express his/her own views according to personal style, of course. Dieux ma donne la grace mei le demon ma donne le styl.

Having said that, many of us who aren’t particularly energy sensitive have been inspired to develop and deploy appropriate devices, also to find new uses for older inventions. For instance, Fred, a prolific gifter on the island of Hawaii, created a curious combination of cloudbuster and earthpipe for a specific valley on that island which the Hawaiians indicated was the home of a discontented guardian spirit (elemental?). He got huge visual confirmations of success after he deployed the device in that valley.

Three years ago, right before I met him, Georg Ritschl had gifted the entgire metro area of Johannesburg but a persistent HAARP whiteout remained most days, so he made a combination Powerwand/HHg and it knocked that high-altitude white film from teh sky, starting with a confirming blue hole right over his house. It hasn’t returned, as far as I know. Steve Baron and associates in Toronto had to go to a great deal more trouble to get rid of the HAARP whiteout over that area, though, and Stan Cayer did something entirely different to get rid of the persistent HAARP whiteout over Vancouver and end the drought. In Stan’s case, many gifters had done the entire Fraser Valley and there were a score of orgonite cloudbusters in the area.

See how we sometimes need to be on our toes and open to inspiration rather than just rely on imitation if we seek grand-scale confirmations? We need confirmations in order to gauge our progress and success, by the way.

The psychological tendency that Kelly mentioned might induce people in other situations to make the same device or take the same approach that someone else found successful but in another case it might or might not be appropriate or particularly helpful. One can never miss by distributing thousands of towerbusters, though, and this is the strength of our global effort: that anyone, anywhere can get grand-scale, immediate visual and other sensory confirmations from doing this.

In Fred’s case, he was just following his hunches but where do you reckon good hunches come from, after all? I suggest that our higher instincts are our direct link to The Operators, who also inspire our psychics and energy sensitives to do what they do in a more comprehensive way.

In a similar case, Carol apparently reached out and contacted Pele when she planned to go to the same island, then made some special gifts for that guardian spirit, which she put around the rim of the appropriate volcano when she got to teh island. She put ruby in teh orgonite, if memory serves, along with other specific gems. She immediately sensed Pele’s relief and gratitude after the gifting was done and the atmosphere lightened up a lot.

Dr Kayiwa adds nothing special to his orgonite but he’s distributed many thousands of towerbusters in Africa and has gotten consistently grand confirmations.

If you want to know what orgonite can do you’re going to need to get an appreciation for it from direct observation. If you’ll take the time to do this you’ll then be in a position to develop an appreciation for what the additives might do. I’ve made scores of cloudbusters over the years, most of which are not fancy, but when I wanted a smaller, interactive CB to take in our open boat on ocean-gifting sorties I asked Carol to design it for me. These days, it’s on our front porch, pointing at a house that the CIA purchased nearby after we moved in and the other day, I played around with it, asking Carol, who was sitting in the living room, to tell me when I’d put a new battery in it. When the built-in Succor Punch (made around a Lemurian crystal and obsidian, glued together) is running, the energy from the electronic/microwave weaponry in that house can’t be felt here. Those schmucks put a line of xmas lights on their roof peak, by the way

Now that we’re back in Idaho we look forward to working with Kelly again and if things work out, Cesco will be back here before long, too.