Javiera and I, along with a group of friends went to the beach of Matiencillo about a month ago. We started seeing a VERY disturbing cloud formation starting to form in the distance. The funny thing is that NO ONE beside us was actually looking at the spectacle, I thought that was really strange, almost surreal. I thought: A nuclear bomb could go off and nobody would notice… This wasn´t a bomb, it formed relatively slowly in about 10 minutes, didn’t reach a great altitude and collapsed in about another 20 minutes. The first photos were taken within a 20 minute period approximately. The other photos were taken about an hour later, when we were leaving the area. I never heard any loud noises. I never heard anything from the news or local people about this event, so there wasn´t any catastrophe or something like that. In fact I didn´t give it much thought until recently when I was reviewing some pictures in the computer… Any ideas on what this could of been?? 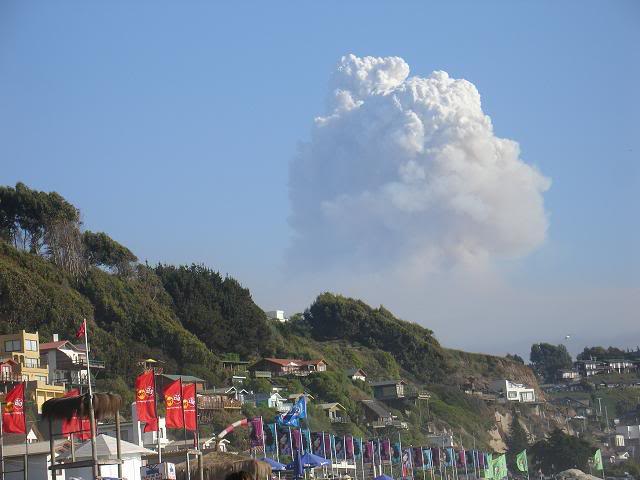 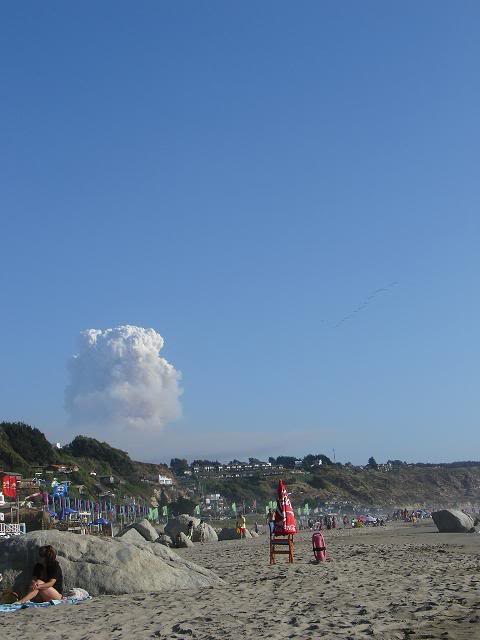 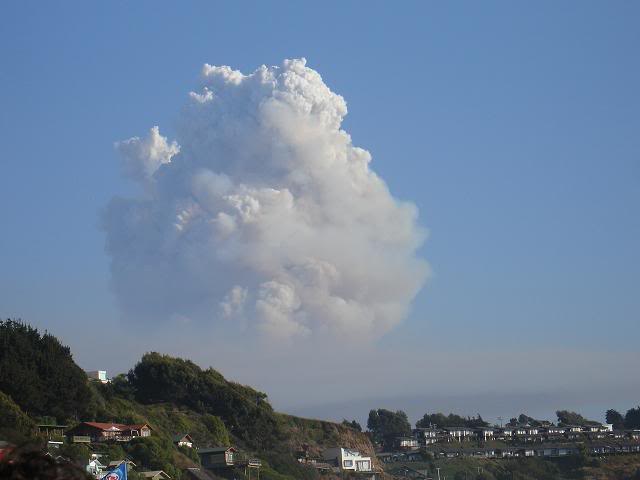 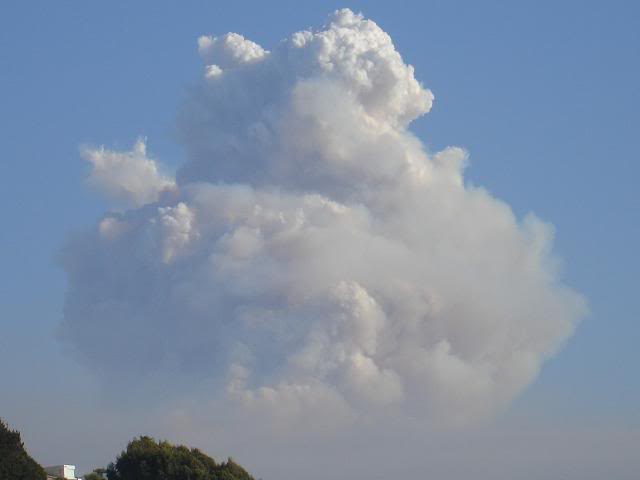 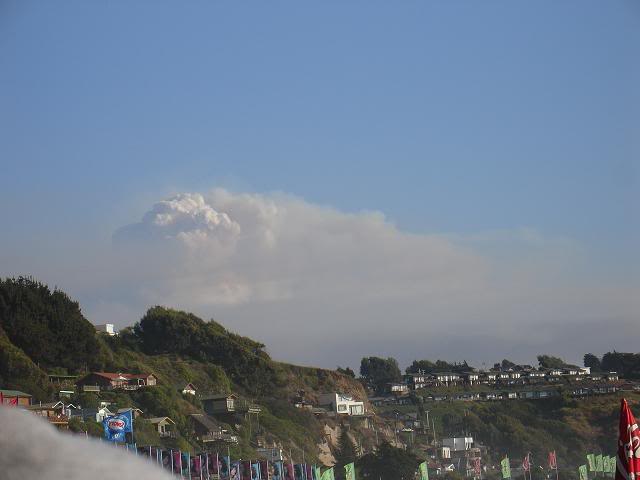 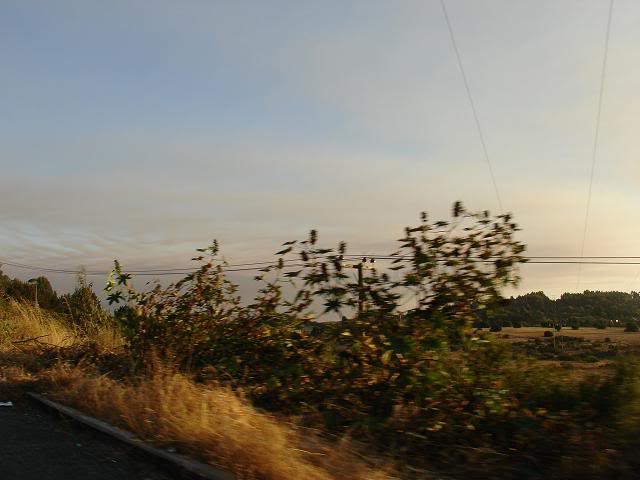 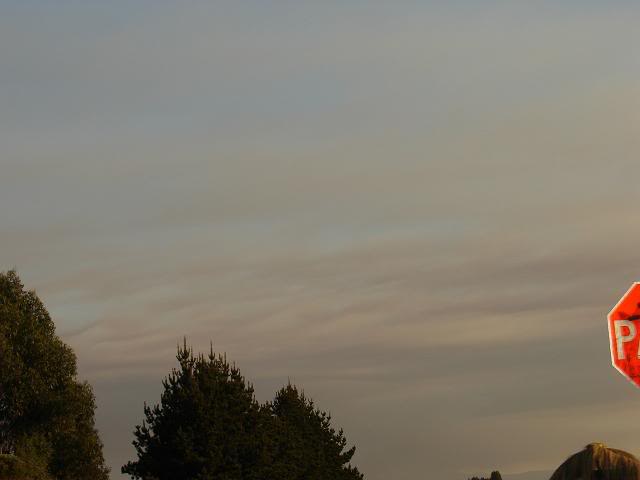 It sure left quite a mess….

This is the sort of atmospheric molestation that will be affected positively and quickly once there’s enough orgonite in the area, Ale. Smog, which showed up in your photos after the ‘cloud’ collapsed, is nothing more than toxic particles in colloidal suspension in the atmosphere. The matrix they’re suspended in has a deficit of ions. This is also how pathogenic organisms thrive in the human body and why it’s so easy to destroy them by ionizing the blood with harmless microcurrent.

A Tri-meter apparently measures the ionizing field of orgonite, though the field extends beyond what measurements can detect.

When we moved to North Idaho in the summer of '01, right after starting this movement, the farmers were making everyone sick each autumn when they burned their poison-laden crop stubble in the fields after harvest, leaving dark clouds of smoke over the entire region for weeks. After a couple of years of gifting none of that smoke stayed in teh atmosphere. This might be an ionization effect of orgonite: smoke particles fall to the ground quickly and the poison in them is fairly neutralized in the process. It’s probably what happens to chemtrails when a cloudbuster is present.

If you want quick, more specific answers for questions like this it’s probably better to email one of the psychics, who may or may not have seen your post yet. This forum is mainly for reporting insights and accomplishments gathered from one’s efforts and I realize that this is unlike the forum paradigm that others use. I apologize for that. It’s nice to put their comments in a thread like this. Carol’s always happy to look at stuff like this and comment but she rarely posts or visits the forum. I’ll ask her to look at this and to perhaps post a response in the thread.

I often post questions and comments from readers, then my comments to them. Others are doing that here, too, I see.

That nice beach looks like it’s in Southern California, which probably resembles your area in a lot of other ways, too.

Ale, Carol looked at the photos and feels that the cloud is bio/chemical weaponry–a test on the population. Kulwant in Santa Fe emailed me, yesterday with the same observation and they concur that the source is an underground base, which you can easily shut down with a few earthpipes.

Next time you see something like that, aim a cloudbuster at it, okay? You’ll be pleased with the fast result, also with the absence of DOR, afterward. Hopefully, all that crap will fall on the heads of the world odor operatives who did the deed in the first place Carol didn’t sense that it was radioactive.

Carol and I saw dense, white ‘smoke’ billowing up from the empty desert near Fallon, Nevada a few years ago. We laid out enough orgonite to stop it but when we returned, it was happening again but the next batch of orgonite, there, apparently stopped it for good. We had just gifted some massive underground bases in that desert valley and the adjoining one and that was before we knew about earthpipes, so it took a LOT of orgonite to get it done.

The big desert valley where Fallon is had the highest cancer death rate in the country and anyone driving through there got the characterisic metallic taste that signals the presence of radioactive material in the environment and atmosphere. We slept in the desert in tents when we were gifting there (too far to motels) but with the then-new Harmonic Protectors we were wearing, we weren’t affected by the radioactive material (fallout?) which was obviously present. The plantlife was all dead around there, even though they were getting rain.

I thiink one of those big bases was pretty old becuase there were vents every mile or so along the secondary highway that ran the fifty-mile length of the desert <img src=“tiny_mce/plugins/emotions/images/smiley-wink.gif” border=“0” alt=“Wink” title=“Wink” />. I don’t know how they ventilate the newer underground bases but I know they’re more discrete about it. The old alien underground bases don’t ventilate at all, apparently, but their presence is signalled by persistent smog overhead. Earthpipes make them all go away pretty fast.

The massive smoke cloud was above the area of “Ventanas”, where a copper refinery is located. It was inagurated in 1964 and this is how it looks today:

The massive smoke cloud seemed to be closer than this copper refinery, but I thought it might be relevant to mention.

We had planned to gift this facility, and in our next trip to the beach it will be done (as you can read in the thread “Javiera’s gifting report: Chile’s coast”, we have partially gifted this area already, land and sea).

Probably “Ventanas” is a strategic spot since it emits loads of toxic particles and DOR into the air, that feed the HAARP on the seabed of this coast (I am following Don on this, since there is no other explanation for the constant smog over the ocean, not only above “Ventanas” and the beaches in the middle regions of Chile, but also upper north as we’ve seen for example in La Serena).

By the way, thats a coal thermoelectic plant in the background…

Last weekend we went to gift the copper refinery of Ventanas. It was a hard task, having to surround the whole infrastructure by foot, under the nasty smoke of chemicals and emitions. The first day we walked along the highway that surrounds it, burying a TB every 300 meters or less. We also gifted a body of in-land water across the highway, a rather big one, throwing TB’s in it. At this point, as I mention in the thread “Chemtrails below the clouds, a growing phenomenon”, we could actually taste a bitter and methalic flavor in our mouths, as well as tiny drops of something, near a sulfuric acid plant. Yuk!

The next day we surrounded it through the beach, throwing TB’s into the ocean, also every 300 meters or so. The pictures were taken on day two.

The scrubber that doesn’t work: 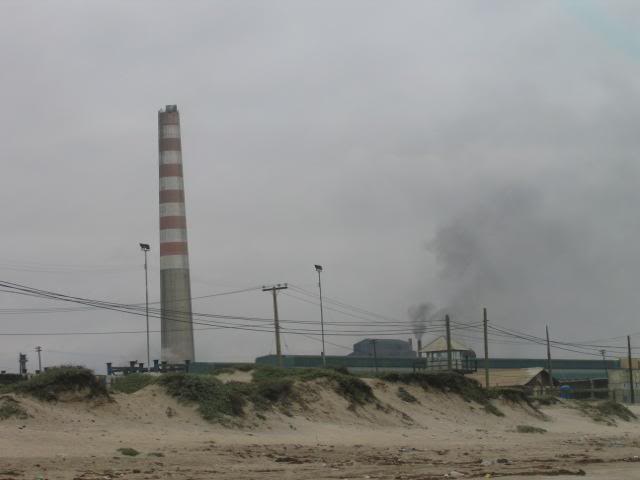 Walking towards the peer: 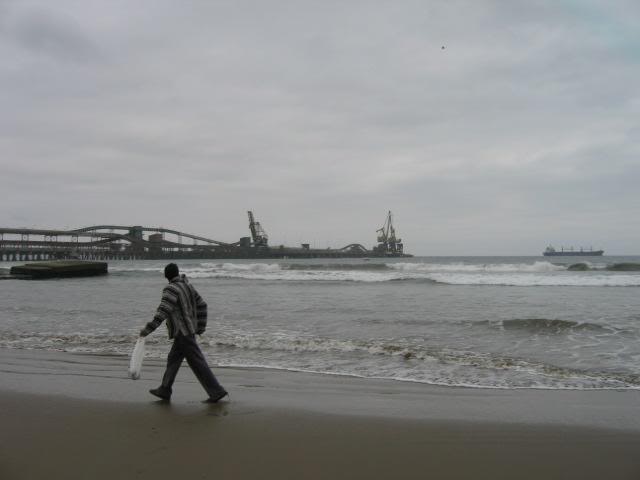 The peer is big, truks drive on it and deposite the metal and coal in the ships, to be taken away and sold very cheap… 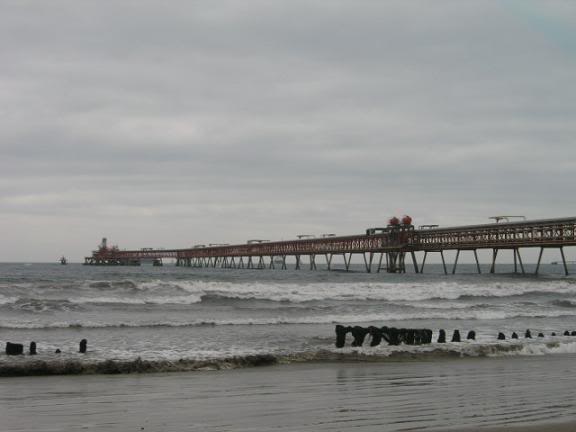 Ships on the back: 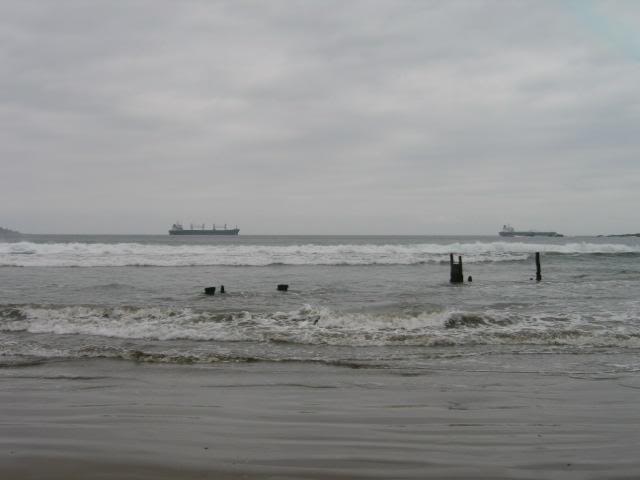 A dead sea lion on the beachtiny_mce/plugins/emotions/images/smiley-cry.gif 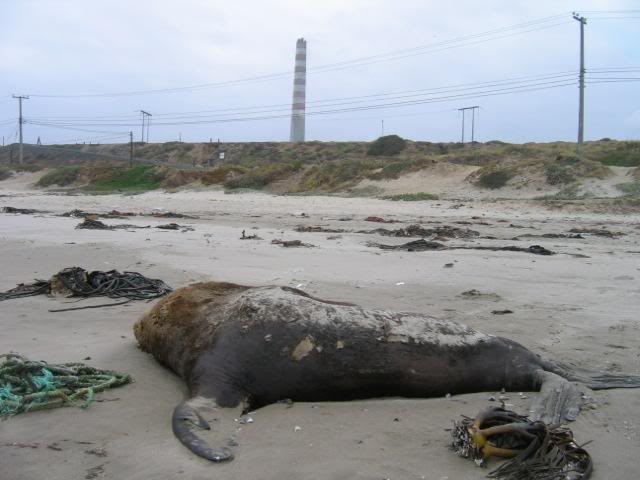 We will be visiting this place in the near future to observe the effects of our gifting.