good info on reptilian possession/body snatching, assassination and plans. The chip they want everyone to have is designed to kill.

"There is literature that baby milks lack the oils essential and that there is possibly an association with poor brain development but nothing is done about it….Ettissh describes how baby milks are used to greatly reduce our intellect; they do not support proper brain development due to a lack of nutrients called essential fatty acids, EFA’S. These EFA’S are deliberately excluded, even today Scientists are suppressed, even killed: ‘we don’t add them do we- that’s deliberate – we don’t let the scientists find out – we suppress it – we are the baby milks – we are in all of the baby milks e. g. Nestle, cow and gate, any baby milk company, we’re them. We’ve killed a baby milk scientist – you’d know him, he’s quite well known- heart attack, encircling stuff â€” he was convinced we were wrong and tried to tell other people.’ " The Body Snatchers by Susan Reed BSC

"Another topic of great interest is what Ettissh discusses about wheat. There is a substance in wheat which causes hardening of the arteries and they promote wheat based products for this reason. Thirdly our soils lack trace elements which further reduce are intellect, this is deliberate: "Rice girl, no wheat, we don’t want atherosclerosis that’s what it does to you- scientists have discovered this and we hush them up – yes we’ve killed a few scientists because of this wheat thing. We promote wheat to debilitate you, hardening of the arteries.’ "-- The Body Snatchers by Susan Reed BSC

"They are the banks and they control us through debt. They use a universal law of abundance which affects our prosperity when we are in debt, debt draws money and other things away from us. We have to work harder which leaves us with less time to question what’s going on or raise our consciousness: “Debts a biggie for us- we are all the international bankers and if you are all in debt it means we’ve got the grips on you when the time comes- but that isn’t why we’re doing it…….if you are in debt things don’t go your way. (A money law of abundance – anti abundance, debt draws things away from you-and it isn’t just money) We know all the universal laws and we use them and it isn’t just that one. We’re behind most of the credit cards ……We want you all in debt so things don’t go your way then -debt makes more debt, – we dig the knife in – negative spiral downhill and we help it on its way, taking more than is reasonable once you are in debt.”

“I have concluded because of these experiences that Brian is a combination of a reptilian spirit controlling a human spirit in a single human body and Brian has described this. They have body snatched a human but they keep the human spirit there. A worker in the Dulce underground base named Thomas 4 confirms this when he states " they know how to separate the bioplasmic body from the physical body to place an alien entity life-force matrix within a human body after removing the “soul” life-force matrix of the human. The life-force matrix would I assume be the spirit. I also have evidence that the reptilian and human spirits are technically joined at the mental level. Brian has in fact told me after the event “I’m the reptilian and I just use him (the human), I ain’t no human, well he’s part of me, but he ain’t me, you know what I mean” and “they don’t exactly coexist it’s more like the alien has overwhelmed the human, the reptilian is now in the drivers seat.” and by this I assume he means the mind of the reptilian is in control. I deduce that the human spirit is needed to coordinating the body which the reptilian can’t do. How can this be possible? – With Spirit technology which they have.”

Hi John, I looked a little bit into Susan Reed and her book and although it may offer valid information, it also struck me that she promotes new age garbage, or theosophy more actuartely, for example I found this in the “intro” of her book:

"I was targeted because I was doing a higher consciousness course called “Awakening your light body” by Luminescence and the reptilians wanted to know more about it so they could stop it.

I AM VERY CONCERNED FOR THIS ORGANISATION’S SAFETY.

I want to warn any one else working at higher consciousness about what the reptilians are doing, exposing it may stop it. "

This is the typical M.O. of the sewer rats (not saying Miss Reed is one) towards the non or semi-PJ people : offering valid/interesting information and tecniques, while at the same time propagandizing for theosophy.

Alejandro
This is the typical M.O. of the sewer rats (not saying Miss Reed is one) towards the non or semi-PJ people : offering valid/interesting information and tecniques, while at the same time propagandizing for theosophy. Alejandro

This is the Lum’ guy, I’ll get his picture looked at: 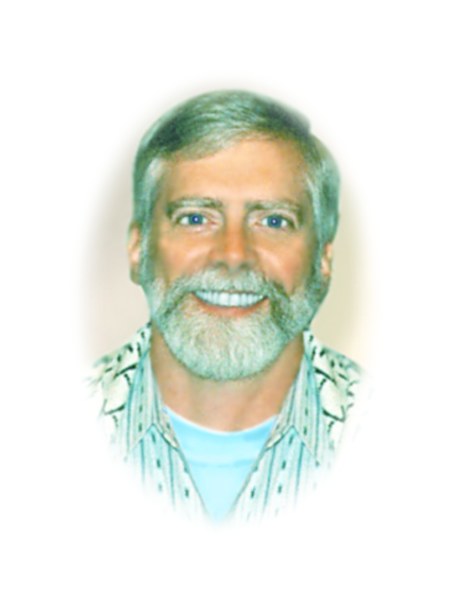 haven’t really been ever interested in Theosophy (no surprise there) but don’t see the connection. Not every ‘new age’ person is one of them, although that photo doesn’t do much for me.

Only profile of a reptoid I have read and rings true.

She still has a reptilian attached according to Andrew Hennessey who has met her.

If that was a setup to get people into a covert-theosophy group then they may have set her up with the story that they found here as she was into it and they wanted to an inroad into it through her, or to find out about it via her.

If that is true then her account is true, most likely, so giving away a psychological profile of a reptoid is a big bit of knowledge to give away. I have seen a psychopath profile and reptoid is way way worse than that. Knowing your enemy is the first job in a game of war.

And most folk think Allopathy is service to others, and not service to self with a sacrifice programme built in (BAAL).

That profile is a pretty good profile of who runs Allopathy, pretty damned useful. And I can’t see what Theosophy has done to enslave people better than the Atheist programme they run with the Bible Belt mind control programme one being very powerful in the USA.

Seems rather a lot to give away for no reward that I can see. I guess that may be behind most new age outfits, so they may think it is going to trap the ones who don’t fall for the religious one.

The other alternative is that she may be one of them or mind controlled, but that story doesn’t really feel wrong to me. But I may be mistaken, my discrenment has been busted once recently, which is why I posted it here for a peer review

haven’t really been ever interested in Theosophy (no surprise there) but don’t see the connection. Not every ‘new age’ person is one of them, although that photo doesn’t do much for me.

I’m not saying that all newagers are “one of them” or that they even know what theosophy is, but nevertheless the belief paradigm they have been fooled into and that they usually happily promote is theosophy/luciferianism. All those references to light, and luminecense etc. are a dead givaway. “Lucifer” means the “light-bringer” after all.

She still has a reptilian attached according to Andrew Hennessey who has met her.

Don’t know how you can trust someone who has a reptillian entity attached.

In any case I don’t get the feeling that she is malicious, probably mind-controlled though. And most of her account may be true, with a few killshots mixed in, such as most high-level(for the more discerning) disinformation.

he does look dead dodgy, i have to say