The Breaking of the Great Artificial Drought - California 2021

The words “mystery”, “baffled” and “puzzled” are memes, used, among numerous similar variants, whenever anyone in the wholly-controlled-and-coopted Political, Academic, Scientific and Media establishments wants to lie about, well, basically anything. One of those many variants is “staggering”. That’s why an NPR article from October 2021 said “The National Weather Service called preliminary rainfall totals “staggering,” including 11 inches (28 centimeters) at the base of Marin County’s Mount Tamalpais and 4 inches (10 centimeters) in downtown San Francisco, the fourth-wettest day ever for the city.”

The article goes on to say “A rainfall record was shattered in Sacramento. Northeast of San Francisco, 5.44 inches (13.82 centimeters) fell on downtown Sacramento, shattering the one-day record for rainfall that had stood since 1880.”

I’m sure you noticed that the general “shattered” and “shattering” were used in place of the far more impactful percentage increase between the records, and that the author omitted the data for the 1880 record, to keep you or me from doing the math. Those are examples of the propaganda technique known as “compartmentalization”.

So I had to look up a separate article, from San Francisco’s kron4.com, to learn “The all-time one-day rainfall record for the Sacramento, set in 1880, was broken Sunday after 5.44 inches of rain was recorded. The record, which is 5.28 inches, was tied just before midnight but soon reached 5.3 inches. The 24 hour period for the record ended at 1 a.m.”

That paragraph contains a bunch of what propagandists call “chaff”, namely “the record was tied”, and “reached 5.3 inches”. The mouth-breathing Coincidence theorist, eager to grasp an straw to remain off the hook of personal responsibility, now has other choices to remember that hedge against the all time record rainfall of 5.44 inches. As a bonus, the author threw in “after 5.44 inches of rain was recorded” to give the subconscious of the Coincidence theorist the green light to say “oh, but someone must have recorded that incorrectly!”

In December 2021, San Francisco’s kron4.com said “The atmospheric river on Monday has already placed San Francisco among the top 10 wettest years to date, just over three months into the year. The current water year started on Oct. 1, 2021, and ends on Sept. 30, 2022. So far, San Francisco’s rainfall total make this the 9th wettest year, according to the National Weather Service. It’s also the wettest year since 1994, which was 27 years ago.”

In October 2021, cnn.com’s David Williams said “California’s record rain re-ignites Yosemite’s famed 'firefall’ ”. The article goes on to say “Some visitors to Yosemite National Park this week were delighted to see a glowing ribbon of water that looked like molten lava cascade down Horsetail Fall on El Capitan. Horsetail Fall doesn’t usually flow at this time of year, but the recent severe storms that swept through the area brought it surging back to life and created the phenomenon known as a “firefall.” 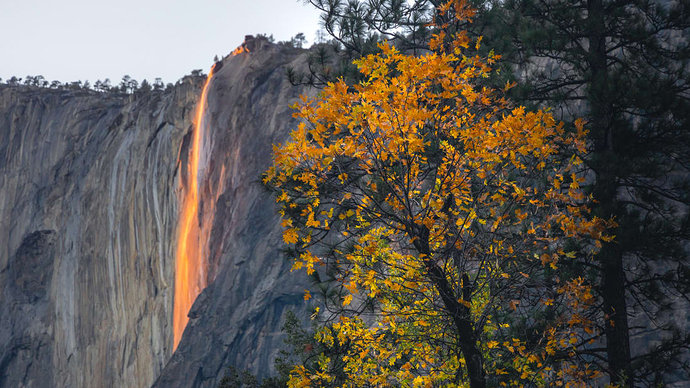 The article goes on to say “The “firefall” usually occurs on clear evenings in late February when the setting sun shines through the fall at just the right angle. The event is such a big attraction that Yosemite required online reservations earlier this year to limit crowds.”

The uncredited author of the story tacked “recorded” on the end to give the subconscious of the Coincidence theorist reader the green light to say “oh, but someone must have recorded that incorrectly!” The propagandist knows that most readers will grasp virtually any straw, no matter how thin, to remain off the hook of personal responsibility.

In journalism, any time an author is uncredited is documentation of the fact that said author is an intelligence asset.

In January 2022, the Los Angeles Times narrowed its eyes bitterly and questioned “California rain exceeds 2021. Are we still in a drought***?***”

I’m sure you noticed that “exceeds” is general. The propagandist knows that, since sixty to seventy percent of readers only read the headlines, this hedging generality goes a long way toward “compartmentalizing” awareness of the phenomenon I’m documenting here.

The article goes on to say “The snowfall gauge at Tuolumne Meadows recorded 154 inches of new snow through Dec. 29, surpassing the previous record of 143 inches set in 1996”.

Author Hayley Smith bravely threw “recorded” in there to give the subconscious of the Coincidence theorist reader the green light to say “oh, but that gauge must have recorded that incorrectly!” The propagandist knows that many or most readers will grasp virtually any straw, no matter how thin, to remain off the hook of personal responsibility.

You may have noticed that the author provided the old and new records, but carefully hedged by omitting the far more impactful percentage increase between them. That’s an example of the propaganda technique known as “compartmentalization”.