'The Green Meanies and the Carbon Cult'

Along with Je Torres’ success, essentially ending the desertification of Spain by the corporate world order, the Global Warming fake paradigm is getting assaulted on another front: exposure

I think the same thing is about to happen in drought-crippled Australia. Georg and others accomplished it throughout most of Southern Africa but that continent is mostly ignored by the What To Think Network, probably so that the global corporations can continue to rape the resources there with impunity. Giifting has quietly turned many other dry regions in the world green, too, incluiding the coastal area of Southern California, also previously-dead Death Valley.

Because this corporate global warming scam is so widespread and mostly unquestioned by the Pajama People we can only discuss this freely among ourselves, for now. Please note that the disinformation websites that pretend to promote orgonite are also avoiding the mention of orgonite’s successes in the environment. They’re also still whining about harmless, chemtrail-seeded clouds

Derek sent me the following thoughtful email, which I’m sharing because it shows how extensively this profitable scam has been turned into a popular ideology. In another thread I mentioned that the mind-controllers have even persuaded anti-logical protestors to throw themselves under bulldozers to ‘protect the planet.’ Note the similarity to kamizaze pilots, except that no bulldozers have been harmed.

When Ale and Javi were here, during a crucial period ( in January, when what’s-his-name tried to publiclyy implicate Je Torres in the bombing of some death towers), they shared information about an incredibly massive desalization project in Barcelona that was setting up to ‘supply water’ to a desertified Spain, as is done in the Arab Emirates. The headquarters of that project is that enormous, missile-shaped skyscraper where many of the employees have gotten seriously ill.

Can you imagine how much money they would have made, selling water, if Je and a few other gifters hadn’t destroyed their desertification strategy? That was only one source of revenue they were counting on.

Below is Derek’s overview of some of the facets of the corporate/ideological octopus that was created around this now-failing global desertification plot. I’m keeping a ‘wait and see’ attitude about the stated claim that these corporations were responsible for the destruction of the World Trade Center but I’m looking forward to seeing some material on that.

I hope you and your merry group are well & productive these days!
Really enjoyed your Australia updates. Tavistock too….

You’re right: there are all sorts of nasty plans circling like flies
or vampire bats around the big head of a certain Al “Charlatan” Gore
(underling of Maurice “Chairman Mo” Strong). A brilliant and dedicated
9/11 researcher in Canada has pointed to this “Green Gang” as being in
fact the main cabal behind 9/11 – with several buffering layers of
intel patsies to sacrifice, of course! (Along with uncooperative rival
corporations sacrificed, and fat insurance policies carefully
prepurchased: they made off like bandits.)

At very least, there are some disturbing “coincidences”….

Look at the money (and crime dynasties) involved!! Major international
arm-twisting going on here, so as to extort others to go along with
this mega-fraud:

Discovering all this – and connecting the dots – blew me away: 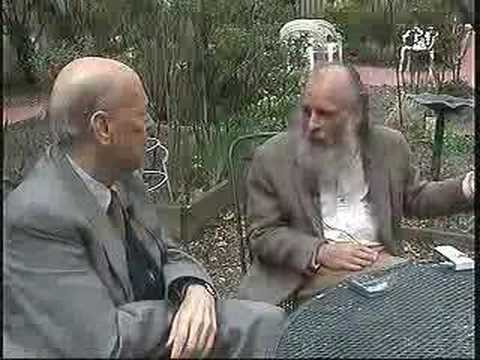 P.S. Note the hexagons in the background of the Rockefeller site:
carbon’s atomic number is 6…… Try a search for “carbon currency”
and see what comes up!

Some of my favorite links exposing the Green Meanies:

so ** that ** explains why Lovelock is such an annoying twat. Clever that Gaia thing, something Native Americans have been saying forever, I guess he is the Billy Graham of the fake environmentalists.

You can see by his quotes that Gaia is being set up to take the blame for what the Satanists are doing. Beats using God, I guess.

â€œJust as the human body uses a fever to fight off an infection, Gaia is raising Her temperature to expel a harmful parasite â€“ humans. Unless humans renounce their destructive ways and rejoin the diverse community of living beings in Gaiaâ€™s loving embrace then Gaia will be forced to act in order to secure Her supreme reignâ€?. â€œthe human population will be reduced to a few breeding pairs by the end of this century."

Similar to those folk ho get taken on baord some (negative) alien ship and told the same thing.

According to what I’ve picked up by hanging around Indians is that their cultures revere the planet and everything on and in it, which isn’t the same as the sort of Babylonian cult that Lovelock sponsors. The latter seems to be based on human sacrifice, which is the basis of what passes for religion with the Illuminati hives. Most Indians, like most anyone else, find human sacrifice to be repugnant and anti-spiritual. They also didn’t focus much on the spherical ‘earth’ entity but rather seemed more concerned about the world around them.

The infantile ‘Gaia Hypothesis’ treats the globe itself as a willful, petulant and vengeful entity that needs to be placated by sacrificing the ‘ingrates’ on it. I credit Theosophists with the skill needed to put a lovely face on this horror story with appropriate pseudomystical doublespeak. If you want to see some less saccharine Theosophical preaching, read some of the anti-population literature published by their Lucifer (they changed that telling name to ‘Lucis’ but I’m calling a spade a spade) Trust for the United Nations.

I’ve long had the impression that these few very old families (I refer to them as ‘hives,’ rather), who owned the corporate world order until the Chinese bought them out, descend directly from Babylonian families, hence the continuity of their beliefs and practices.

Their practices don’t seem at all like the Roman ones, which only used part of the Babylonian paradigm–mixed in with Greek, Persian, Egyptian and other practices. The inclusion of the Babylonian Dagon (fish god–origin of ‘the pope’) worship with Mithraism (consider the Mithraic-ritual snuff film, PASSION OF THE CHRIST) and Helenism as the basis for modern Christian dogma is a clear example of Roman religion and the less adulterated Moloch (Babylonian owl god) human sacrifice riituals at Bohemian Grove are a case in point for how the Illumnati apply Babylonian infantilism as a distinct belief system, I think. The Gaia model lines up pretty clearly with the latter, in my view.

I’m not insulting Christ but rather trying to distinguish His teachings from all that dross that they’re hidden in by ancient Rome. If you read only the ‘red letter text’ in the New Testament it’s pretty clear what Christ was conveying–I think that’s the Creative Word, not all that idiot dribble from Roman theologians and Mystery School promoters. I need to make this point from time to time so I won’t be lumped in with the world order’s clever professional God-haters, who actually share some substantive material at times.

One of those links had several pages of quotes and the first ten or so were very telling, then the rest of them seemed to subtly promote the very thing that the author was evidently trying to expose. If you’re one of the few people who wish to distinguish disinformants from empowering information sources then you’ve seen that tactic, before. It’s kind of like the way bornagain chump preachers who are satanists (there are LOTS of those, especially in the Bible Belt) spend most of their sermon time saying how much they hate the devil in order to direct their congregations’ attention more toward ‘the devil’ than to Jesus’ liberating and empowering Message. This is not a new trick and the preachers use charisma because that’s more compelling to shallow PJ folks than substance is.