Hello Don , I hope you can watch youtube on your computer. This can be related to your time woble post : 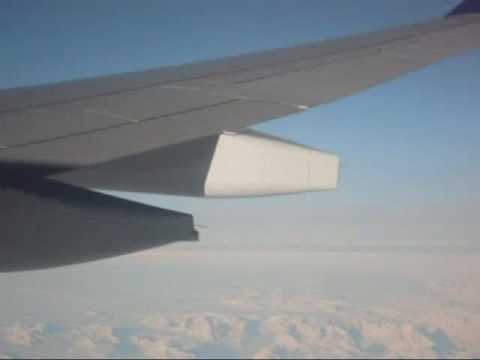 and I just had the guess thatâ€™s Â« they Â» play this kind of game for years, the difference beeing that itâ€™s beginning to be more visible by more and more people and Â« they Â» have less and less opportunities to do it.

General and sometimes particular orgonisation (CERN, FERMILAB) are a major tool in this game.

Thanks for posting that, Laurent! Carol and I have seen airline passenger jets practically hover, very quietly, over Moscow Idaho a few times, with their landing gear down and at odd angles but we chalk it up to projected holographic disguise of perhaps advanced military craft. What this film shows is something else, of course, and I share your impression that it relates to time manipulation. I’ll ask the psychics to watch it–Dooney and Stevo will be here this weekend–then I’ll post their impressions, or they will.

I’ve been revisiting the CD that Al Bielek sold us when we met him in early 2001. He lives on social security, so selling the CDs and occasionaly photocopied information packets is his livlihood, by the way. He even pays his travel expenses to the lectures he gives around the country and he rarely gets paid for those.

There’s a lot of discussion about time manipulation and time travel in his CD interviews that he doesn’t say much about in his lectures and I’m kind of shocked by how much I missed the first time I went through the CD, which has many hours of talking. I think my mind just wasn’t up to the task of assimilating much of it, before even though a lot of what he told us in person was the basis for the work we’ve been doing, ever since, also confirmed much of what we’d experienced, before.

If you buy the CD from albielek.com he won’t get a penny of it, unfortunately. The CIA and other sewer rat agencies have screwed this guy every conceivable way, including murdering his closest friend, Phil Schneider. They’re not allowed to harm him, though, according to Al, on account of his role on the USS Eldridge. If I post it that might hurt his livlihood, but there’s so much good, timely stuff on there that I feel compelled to share it.

In case you didn’t know, Laurent is one of the inveterate Swiss gifters who planted the first essential round of earthpipes, etc., at CERN, last summer, which evidently caused a severe setback a that facility at that crucial (for the underground cororate rats) time. Axel travelled from Austria to take care of the facility after they somehow managed to get it back online and his activity evidently caused them to give up, finally. The immediately following debacle at CERN, right at the time they seemed certain to succeed, was in the news and was a fine confirmation for us all, I think.

The first successful time manipulation experiment was apparently conducted by Tesla, himself, in the 1920s for the benefit of then-Secretary of the Navy, Franklin Roosevelt, who later endorsed Project Rainbow: the larger scale wartime experiment at the Philadelphia Navy Yard, with which the Germans (Vryal?) were evidently also involved. Bielek said that Tesla didn’t want any part of that and that Einstein wasn’t found competent to manage it, so Dr von Neumann was given the job. Al said von N invented the first computers, then (after?), to handle the math and that’s how IBM got started. Considering how it all arguably expanded, internationally, from there and then I wasn’t surprised to see the video that Laurent posted, taken from a US Air jet over Greenland.

He said categorically that the time rift caused in '43 in Philadelphia shook us loose from the previous time stream in a way that makes it impossible for anyone to know what will happen in the future. I’ve always assumed that this is a good thing and it’s obvious that the corporate world order is no longer getting their ruinous wishes granted, so maybe their grisly 1943 effort backfired on them in a sort of fabulous way. It happened, apaprently by timely intention, during Dog Days (the days of August characterized by the Dog Star–sacred to Egyptians at a time when that civilization was decidedly creepy, like the corporate world order’s materialistic superculture has been, lately. A couple of years later, the US Gov’t gratuitously nuked two non-combatant Japanese cities. I should check to see if the US Navy also nuked the waterfront industrial zone of Kobe, Japan, during dog days in the early 90s.

We don’t spend a lot of effort talking about the Wingmakers, of course, because the NSA evidently runs wingmakers.com to discredit the subject. One reason I started promoting the term, ‘The Operators,’ after DB cleverly made it up, is because we believe the Wingmakers are some of them but we didn’t want to paint ourselves in a corner by taking the NSA’s bait in that case. We fly by the seat of our pants but the entire field of orgone/etheric enquiry is rather felt, more than ‘thought about,’ after all

I’m so sick and tired, meanwhile, of being governed and poisoned by a pack of rabid dogs; occult/corporate, bloodthirsty secret-handshake freaks!