A new gifter near Jakarta says this single array is near his house and asked me if they are HAARP towers.
He’s particularly interested in the function of the complicated wire system between them (that you can just make out in the third shot).

For all the towers I’ve gifted; I’m afraid I’m still no expert on their purported functions and just bust them regardless.

Can anyone hazzard a guess as to what these are?

it looks a lot like this, doesn’t it. This picture is said to be a shortwave broadcast antenna, “Wereldomroep” or loosely translated ‘worldbroadcast’, located in Zeewolde, Flevoland, in Holland (hint to Carolien, as I have not ‘been’ there yet
It needs to be gifted, who would have doubted that?

sorry uploading image does not work, here’s the link

It does bear great similarities; not much equipment on the towers themselves but a lot of stuff on wires strung between them.

I think he was going to ‘neutralise’ it today.
‘Menetralkan’ : that’s what they call ‘busting’ here in Indonesia.

They’re taking to gifting well here and already small patches of blue sky are appearing in the dead grey skies over Jakarta.

Hi, this is definately a HAARP array, and of the worst kind. I have seen one of these close to Santiago in a “agricultural reasearch center” and had no excuse for these monstrocity. I saw a photo from Spain of a very large array of this kind. If you compare it to the original HAARP array in Alaska, they are very similar, with a grid of wire in between the towers. 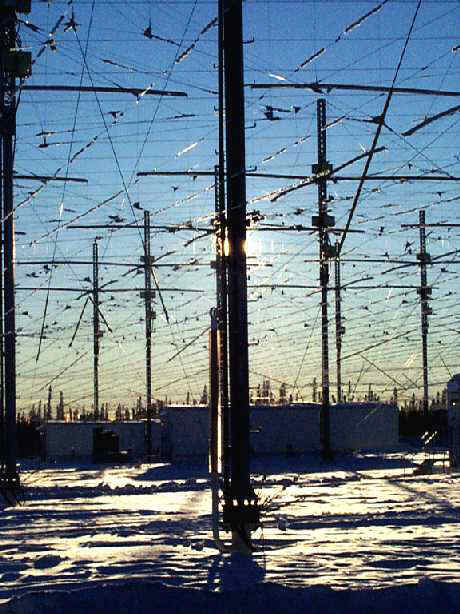 I definately has to be gifted.

Hi Edostar, i gifted a similar installations in Spain with very good results.

Yes; very similar indeed.
(they would call it something like a a SW Radio Transmitter, wouldn’t they?!).

Thanks a lot to you all for your help identifying it

My new friend the New Javanese GIfter sent me these photos of the day he gifted the mystery (HAARP) array.

He said that the signboard outside says itâ€™s a radio transmitter for Radio Republik Indonesia (RRI) and that itâ€™s usually lightly guarded.

He gained access on the one day a week when thereâ€™s a local market held on the land and the public are allowed in.

This is the scene from a little distance:

And upon entry to the site (the orgonite in his bag already beginning to have an effect):

The sky continuing to clear during his tour of the site where he set eight TBs (disguised as stones) and another two thrown into the nearby lake:

He came across a large water installation as part of the equipment on the site and wondered what possible use RRI might have for it:

This is only his second tower-gifting run and a splendid inauguration I think.

By now, I think we safely assume that all standing towers are death transmitters and/or weather weapons. Carol sees black energy emitting from even ordinary-looking television and radio station towers, so even those were weaponized.

I think the only other people except us on the web who discuss the fact that the new towers are weapons are CIA disinformants. They even give some of the tower forms acronyms . Otherwise, this weaponry is a better kept secret than the Manahattan Project was. I’ve never known of any technicians, who service the death towers, who actually know what the panels, rods, dishes, horns, drums, etc., are for. Alejandro’s buddy who services death towers did mention that he feels it’s creepy, at least.

When we find one of these to gift it’s like finding a pot of gold at the end of a rainbow in terms of how much damage we can do to the world order’s weather-weapon infrastructure with a bit of orgonite, there

Carol and I took out a big HAARP array like this near the southern end of the San Joaquin Valley in California in 2004 and it only took three ordinary HHgs–12 oz each with nothing fancy in them. That day, the smog disappeared for hundreds of miles ot the north and the smog is still gone. On the same day, though (we found out later), Richard in Reno busted an identical HAARP array at the northern end of the valley. Thx Operators, for coordinating that pincer move.

Weatherballs are the worst weather weapons but also the most vulnerable to orgonite for some reason. Weatherballs can also apparently be used to generate earthquakes and perhaps volcanic eruptions, as perhaps also can the HAARPish arrays.

Heating the upper atmosphere prevents water vapor from condensing. It’s the condensation of water vapor that leads ot rain and snow, of course. This seems to be the basis of weather weaponry such as HAARP and perhaps weatherballs. If you toss in some scalar tech maybe it’s possible to see how they can get more done with fewer transmitters, at least until we find them and turn them all into life force generators with a little orgonite
Weather healing requires a lot of travelling, as Je is demonstrating so graphically for the record, but as this unorganized movement continues to expand all of it is going to get accomplished in a timely way, I think, and soon ‘the desert will bloom,’ indeed, as promised thousands of years ago.

Great work, guys, by the way! Also, it’s really helpful to our readers when you display this weaponry in photos.

Just a quick update for the record on the situation around the recently gifted HAARP array near Jakarta.

Top left is the HAARP array; top right is the only other tower in the area to have been gifted so far.

The lower shots show what happens now to chemtrails in the area.

Iâ€™d have said that this was a well-gifted area (probably with a CB too!).

Just shows what a newbie can do with a little well-placed orgonite.

To my knowledge; the HAARP array and that one other tower comprises the only gifting done so far in this area although enthusiasm is building across Jakarta for gifting orgonite (largely on account of published confirmations like these on local forums).

The guy who busted the HAARP array in Jakarta (and prompted this post) took this photo earlier today and just posted it on the most popular Indonesian orgonite forum:

He’s become devoted to orgonite and has turned all the towers in his area into orgone transmitters.

Enthusiasm for gifting is building in Jakarta and across the country and pictures of Sylphs over the capital are posted almost daily.

The Indonesian gifters evidently shifted the balance of the Jakarta skies over to the positive side–Sylph appearances are the best confirmations we know of.

Congrats to them, also to Dan for inspiring and encouraging that Indonesian gifting network!

Great photos of towers, too.

the following links are kind of related to this topic -
they are showing some russian (old) installations.

quite impressive what they were up to at those times….

Great work Dan’s colleagues :~) That sylph picture is a beauty.

Dan, do you mean there is more than one forum in Indonesia? Strewth you and Hari are doing awesome over there!

That first picture from Axel, sure brings to my mind Tesla’s ‘Weapon To End All Wars’, not sure why.

Indonesians love to speak their mind; especially when they’re protected by the relative anonymity of forum nicknames.
Consequently a lot of public forums have sprung up around the country; often run by periodicals like Detik and Kompas.

Anyone can join these forums and start posting immediately in existing topics or start their own thread.
If a thread remains unanswered due to lack of popularity then it is deleted by the Admin after a while.

There are five such forums where people have stared discussing Orgonite and I’ve contributed to each of them at one time or another.
The most enduring and popular is the ‘Fenomena Orgone’ topic on Detik Forum. 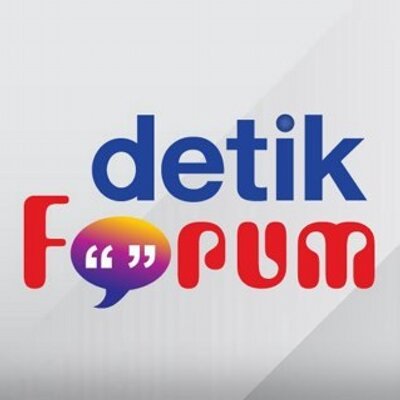 Started by ‘Zildjidan’ in the Regency of Yogyakarta; it had run to four pages when I stumbled on it (to find that the entire Indonesian language text of my own website http://www.baligifter.org had been pasted as base information on the subject.

I introduced myself and started contributing to the thread which is currently running through its 65th page and has received a five-star rating from the forum admin’.

I only know of the gifters who have contacted me personally in search of quartz chips for TBs and my ‘indo-gifters’ file currently has 45 people listed.
Occasionally someone will appear on the forum for the first time to post some pictures of their TBs or a HHG and I couldn’t hazard a guess at the total number of gifters in Indonesia right now.

I have addresses from the island of Lombok (just east of Bali) right up to Banda Aceh on the extreme western tip of the archipelago with more added each week.
I provide what materials I can and all at cost (plus postage) and sometimes send ammo for free (the TBs to bust the HAARP array that started this thread were gifts).

When I started BaliGifters; I assumed it was going to be a total waste of time but it spawned a series of forum topics on the subject and has resulted in a runaway gifting movement in Indonesia that would otherwise not exist today.

Providing easily understandable information in a local language is never a waste of time end one can never predict what fruits it may bear.

A year ago I would never have imagined that there would be Sylphs over Jakarta today.