“Wormtongue?” said Gandalf, looking sharply at the guard. “Say no more! My errand is not to Wormtongue, but to the Lord of the Mark himself. I am in haste. Will you not go or send to say that we are come?” His eyes glinted under his deep brows as he bent his gaze upon the man.

“Yes I will go,” he answered slowly. But what names shall I report? And what shall I say of you? Old and weary you seem now, but fell and grim you are beneath, I deem."

“Well do you see and speak,” said the Wizard. For I am Gandalf. I have returned."

It’s January 2020, and the populace has recognized that technology has been weaponized against it.

“Buried” in the copy below, we learn that the headline’s hedging generality of “down” was used to cover “a decline of three percent.” If you multiply that quarterly loss by 4, you get a drop of 12%, in one year. Those are what Harvard Business School refers to as “going out of business numbers.”

Another story below, from October of 2019, is headlined “NPD: September Video Game Sales Drop 8% .”

Annualized, that’s a 96%, don’t-let-the-door-hit-you-on-the-ass-on-your-way-out drop. We appear to have passed the dark nadir of man-boys literally gaming their lives away in their mother’s basements.

That’s not a joke. Technology is a plague that has destroyed thousands of lives, killed untold thousands, nay millions of people.

May 31, 2016 – Their results were consistent and worrisome: microwave radiation. . …caused the blood-brain barrier . . .to leak.”

2017 - JAMA, re: Alzheimer’s: “(The blood-brain barrier) becomes leaky, letting in undesirable agents and hindering the clearing of the amyloid .

I’ve lost relatives to Alzheimer’s, Parkinson’s, and fast-growing brain tumors. At the funerals, no one talks about or mentions technology. It is forbidden.

But when one gets lost, one must find one’s own way out. And that’s where we are right now as a species, and we’re finding our way out, despite a statistically tiny establishment of bloodline-related Death worshippers literally hell-bent on keeping us from doing so.

They are Satanists, worshippers of Set, followers of the Left-Hand path. It’s the same genetically related tribe, down through time, from prehistory right up until now.

Watch for verbal and visual references to counterclockwise rotation in their advertising, movies, television shows, and every other form of communication. Jerry Seinfeld’s foolproof sex technique concluded with a “counterclockwise swirl at the end.” They figured the rubes would never notice.

Despite their unified, barely-clandestine, malefic influence, we are escaping them.

In a moment, being seen with technology on one’s person will be a stigma. The cool people will have technology-free homes, with Orgonite devices based on Wilhelm Reich’s work distributed about to help balance and improve the energetic or Etheric environment that technology deliberately damages and destroys.

I say deliberately because technology could be - and soon will be - built to be far less damaging than it is. Wiring shielded, Wi-Fi banned or severely curtailed.

By the way, watch for Orgonite distributors who color it opaque so you can’t see how much metal is in it. In the old days, Don Bradley deviously made his “slimline” TB’s so “slim” as to be as ineffectual as possible. Whereas Gare Clement’s TB’s are large, very heavy, and have tons of metal in them, crammed in with a press.

Gare’s still basically giving them away, just so you know, asking that you only pay shipping. Send me a note if you’d like to get in contact with him (not that he keeps a particularly low profiled).

I just got my latest beer-box full of TB’s from Gare. Watch for my gifting reports starting next week when I’m back in Brooklyn. I’ve previously already begun gifting the gigantic Death energy sink/battery that is Green-Wood Cemetery, and will hit Calvary cemetery in Queens after that. With 3 million burials, the largest in the U.S., it’s It’s a terror to behold.

Fritz Springmeier once said, correctly, that we must be “as wise as serpents” to defeat this adversary. He was referencing the Biblical passage “Behold, I am sending you out as sheep in the midst of wolves, so be wise as serpents and innocent as doves.”

Video-game revenue is headed for its first decline since 1995

(The headline is general. You can’t tell what it means without reading the article. That’s hedging. - ed)

Earlier today, a story broke on Medium (courtesy of Thinknum) claiming that the public at large is losing interest in smart home technology. The conclusion was reached based on sales-rank data from Amazon. Many of the most popular smart home products (Philips Hue, Nest, and other brand-name products) have begun to slide lower on Amazon’s top-100 products rank. However , this alone does not necessarily signal the end of the smart home boom.

September 3, 2019 - Electric Cars Sales Fall for the First Time Ever

There are lots of wearables out there today and the market is very broad and saturated at nearly every end of the spectrum . The number of headphones, earbuds, smart watches, fitness bands and smart glasses on the market can be overwhelming. What’s promising about the market is that lots of wearables have gotten considerably better, especially with size, battery life, performance and signal strength. I have thoughts for the whole wearable market, but will focus on smartwatches in this piece—an area that shows significant growth and promise. I’ve been following the smartwatch market since the original Pebble hit the market in 2013. Now we’re looking at a much larger market—the North American sector alone was worth $2 billion in Q2 2019 this year, according to Canalys’ numbers. All is not peachy everywhere though—there are some players that seriously need to up their game if they want to continue to be relevant in the wearable space.

December 12, 2019 - Why new consoles probably won’t be enough to save GameStop

Apple’s worldwide Mac shipments were down in the fourth quarter of 2019, according to new PC shipping estimates shared this afternoon by Gartner.

Apple shipped an estimated 5.26 million Macs during the quarter, down from 5.43 million in the year-ago quarter, a decline of three percent.

January 14, 2020 - Smartphone industry sales set to recover in 2020 after three years of decline

The smartphone industry will bounce back in 2020 after three consecutive years of declining sales, as new affordable fifth-generation (5G) handsets and the rising popularity of foldable phones boost the number of units sold, analysts say.

By the way, watch for Orgonite distributors who color it opaque so you can’t see how much metal is in it. In the old days, Don Bradley deviously made his “slimline” TB’s so “slim” as to be as ineffectual as possible. Whereas Gare Clement’s TB’s are large, very heavy, and have tons of metal in them, crammed in with a press.

Thanks Jeff, this is still an ongoing issue - people who are often well-meaning straying from the 50/50 mix of resin and a quartz piece, replacing either resin or metal or quartz with something else, and then stating that the “orgonite” doesn’t work - when it technically isn’t orgonite at all!

In 2018, a short documentary was made covering orgonite, but frustratingly the experiments they conducted used pieces with very little metal, they’re more like resin ornaments. They must have just typed orgonite into amazon or somewhere without looking into it in any detail. And of course the experiments generally were inconclusive.
It muddys the water, and the more of us reminding people of this, the better.

It doesn’t have to be pretty to work! Here is a great example from Don, the inventor of the towerbuster: 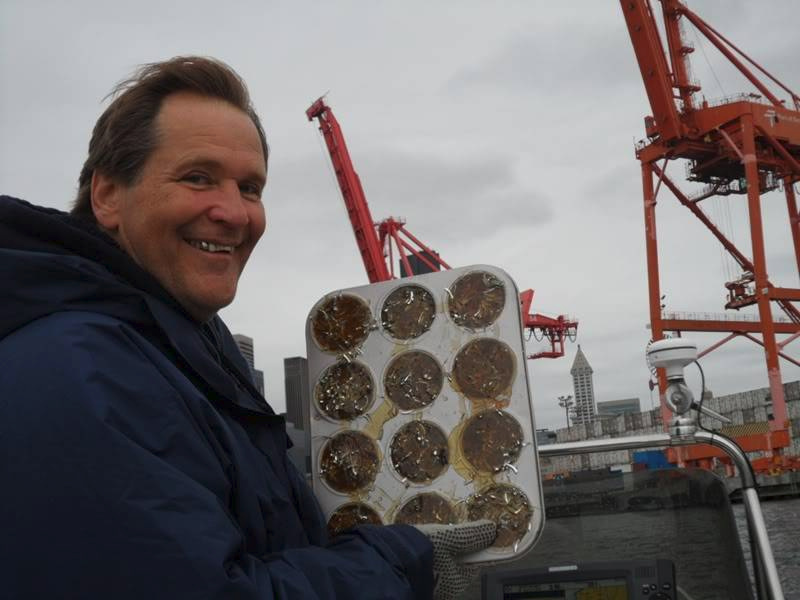 Sunday September 5th, Don and myself headed for Seattle for another round of gifting. Last month Axel and Carol and Don made an expedition there and really got a good start on the work we were able to continue this time. They had a rather rough day in the boat as they were near a Sea racing / Air Show event held on the water where they had gone to gift. [Image Can Not Be Found] I can only imagine how that went for them. [image] Monday the 6th, we put the boat in the water and worked to get …