Don Croft
06 Feb 2008 15:26
Subject: YouTube evidence, massive-scale votefraud: Kalifornia Reich
But of course this is typical of every single voting precinct in ‘the Homeland,’ Amerika–it seems weird to me how many Americans simply won’t let their personal/artificial paradigms be upset by evidence that this government needs to be discarded. The most adamant supporters of this fascist regime seem to be the old hippies, in fact, who are under the illusion that someone like Ron Paul can ‘turn things around.’ 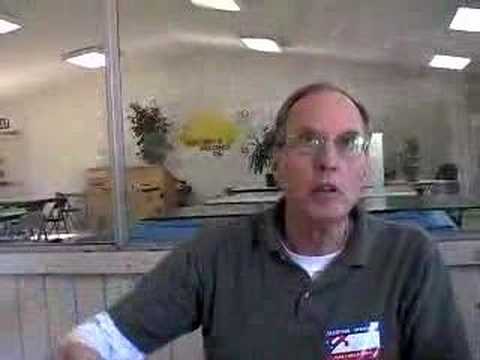 Don Croft
06 Feb 2008 15:31
Subject: Re: YouTube evidence, massive-scale votefraud: Kalifornia Re
Oops–I should probably offer the caveat that all ‘federal governments’ are simply eagerly compliant organs of a global would-be police state, which is in the process of disintegrating due to the rising tide of awareness and abundant life force on our lovely planet.

When political power has been forfeitted by these monstrous regimes back to district and local governments, problem solved, of course. The only conflicts on our planet are being financed, instigated and controlled by the world odor, after all, and we’ve proven how simple it is to reverse deserts, cure diseases and increase crops, so what are we waiting for?

Maybe we can keep our national governments and even get back a little national sovereignty after the usurious banksters in London and Beijing are unseated. By then, I’m pretty sure we’ll all realize that national governments must be severely limited and monitored so that they won’t become like the parasitic/bureaucratic monsters that we’re now all contending with.